The sold out event took place at the Gladstone Library, One Whitehall Place in Central London where there was also a musical performance by Sir James Galway. 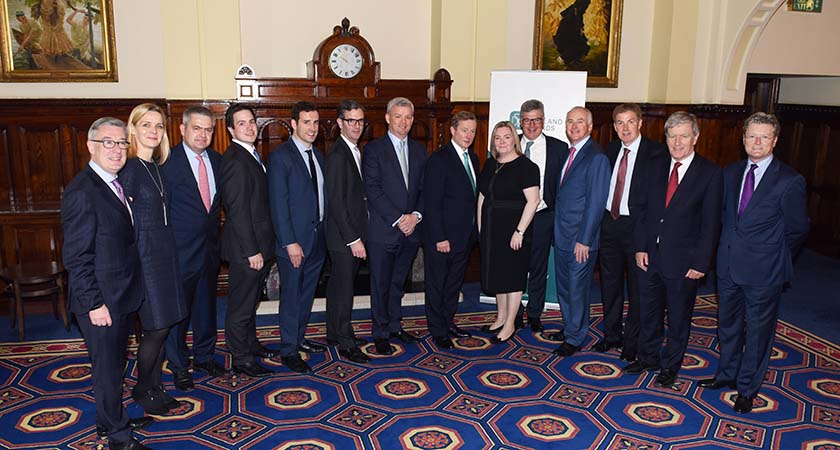 Taoiseach Enda Kenny with the Ireland Funds London City Lunch committee. Picture: Malcolm McNally
The Ireland Funds are a global philanthropic network dedicated to supporting programs of peace and reconciliation, arts and culture, education and community development in Ireland and across the Irish diaspora.
Founded in 1976, The Worldwide Ireland Funds operate across 12 countries and have raised over $550million for causes around the world.

See who attended this year's event...