AN Irish shop owner has gone to fantastic lengths to promote his menswear store in Sligo.

Eamonn Cunningham, the owner of EJ Menswear in the west of Ireland town, decided to channel his inner Braveheart to let people know about some of the January bargains on offer in his shop.

In a hilarious video posted on YouTube, Mr Cunningham can be seen riding a horse through the town's main street and into his store, as he brandishes a mock sword and warpaint on his face.

Scroll down to watch the video... 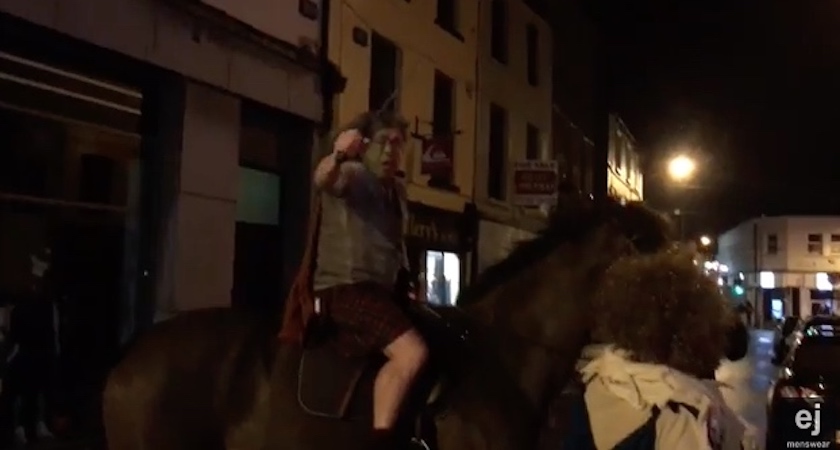 Eamonn takes to the streets on his horse

"I'm the man on the horse!" he told The Irish Post. "It was great craic altogether."

"We're always coming up with ideas for promoting the business and it works really well." 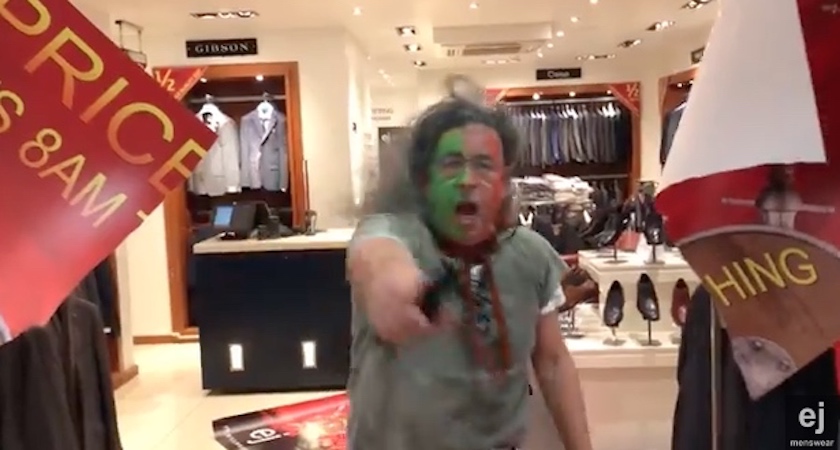 The video was made to promote his January sale

The Irishman said he's always trying to think of new and fun ways to promote his business.

"A few of us sit down round a table and see what we can come up with," he said. "Something to catch the imagination.

"For the Braveheart clip we've had loads and loads of feedback. And we've got a few more crackers coming up.

EJ Menswear first opened for business in Sligo in 1994, moving into the town's former Bank of Ireland building on Grattan Street in 2001.

Not satisfied with being ‘the man that bought the bank’ owner Eamonn says he always looks to add some creative flair to his marketing campaigns.

And it would appear they are having the desired effect - the latest to promote a half price sale.

The Sligo store, which sells designer brands such as Ralph Lauren, Calvin Klein and Ted Baker, has dressed some well-known personalities such as Liverpool Irish singer Nathan Carter and sports star Conor McGregor.

Maybe they're hoping a certain Mel Gibson will drop in next.

Watch Eamonn Cunningham in action in the video below...