Nathan Carter on stage in Luton

COUNTRY and Irish singing star Nathan Carter has been on a whistle-stop tour of Britain this week promoting his latest album Beautiful Life.His mobile record shop tour has already stopped off in Manchester, Leeds, Birmingham, Leicester, Corby and Luton and is heading to Camden, Batley and Newcastle over this weekend.During a free performance at the Luton Irish Forum yesterday, a delighted Nathan informed hundreds of his fans that his new album Beautiful Life was the biggest selling album in Ireland and had just gone straight to No. 1 in the Irish charts. Earlier this week, Nathan was a guest on the Lorraine programme on ITV and he will be interviewed on SKY News this morning at 9am.The Liverpool born singer, whose parents are from Newry, began playing the accordion when he was 4 and at the age of 10, won the All Ireland Title for Traditional Singing. 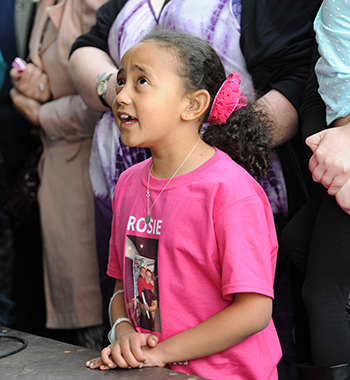