TOM Cunningham, 37, plays the role of The Dark Lord in the Britain and Ireland tour of Michael Flatley’s Lord Of The Dance. Originally from Carrickmacross, Co. Monaghan, Cunningham says it was his mum who made him go to Irish dancing at first when all he wanted to do was play football. He competed in his first competition at age six, landed his first role in Lord Of The Dance in 1997 at age 18 and has been touring the world with the successful show ever since.

Right now I am on tour with Lord of the Dance: Dangerous Games in Denmark. We are currently in Copenhagen and I am enjoying discovering this beautiful city.

My mum and dad. I’ve been blessed to have been raised by such special people.

Without a doubt it has been this decade, so far. I met my wife, we got married, we have been travelling the world together and we have been enjoying planning for the future to make sure that this decade keeps on getting better.

Anything by Hozier. He has such an amazing sound.

What’s your favourite place in Ireland?

The west coast is so beautiful. I recommend that anybody visiting Ireland should try to travel along part of the Wild Atlantic Way. The Mayo coastline is my favourite; it is so rugged, picturesque and unspoiled. Plus, I have family to visit in the area.

Waste. It could be wasted food, a waste of time, a wasted opportunity or wasted talent. People should appreciate what they have got and make the best use of what they have.

I’m a big fan of George Orwell so I would have to say Nineteen Eighty-Four.

I was involved in a bad car accident when I was younger. Luckily, I escaped without any long-term injuries, but I will always appreciate how dangerous our roads can be.

What local star in any field should the world outside Ireland know about?

James Keegan — probably the best Irish dancer to hit the scene since Michael Flatley. He is currently performing in Lord of the Dance at the Dominion Theatre in the West End. 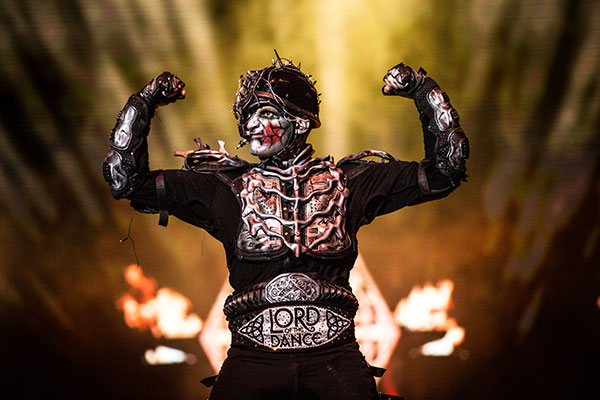 I can’t believe I’m admitting this, but it is Top Gun. I’ve loved it since I was a kid and I always wanted to be a pilot.

Ted.com Speakers are given the opportunity to present their ideas in the most engaging, innovative and inspiring way they can. Past speakers have included Bono, Al Gore and Bill Gates. Jamie Oliver educating children about food is one of my favourites.

I would have met my wife earlier!

Life is better if you always look for the best in every person and everything.

I have been told that I can be fairly stubborn.

I believe that hard work and dedication bring success.

What are the best and worst things about where you live?

I live in Carrickmacross, Co. Monaghan. I love it because I have a lot of family and friends there. The worst thing about it is that I have to listen to my Italian wife giving out about how much it rains.

On what occasion is it ok to lie?

If you are avoiding hurting someone’s feelings, but not if it is to save yourself!

I have a great appreciation for buildings, history and architecture so I would compare a stroll through the streets of Rome to a visit to a museum. The highlight being St Peter’s Square in the Vatican.

It is probably a bit of a cliché for an Irish man but it would be a couple of pints of the black stuff after we have finished a show.

Lord of the Dance: Dangerous Games is at the Dominion Theatre in London’s West End until September 5, 2015 and at Liverpool Empire from April 28 – May 2, 2015