ST VALENTINE'S DAY is the saviour of the greetings card industry and the flower-selling sector of business in that quiet time between Christmas and St Patrick’s Day.

His feast day has become one of those occasions – like Easter and Christmas – when Christianity, chocolate and champagne have become inextricably linked.

But there is a strong Irish connection in there as well, because Dublin has reasonable claims to being the Capital of Love.

The home of cheese 'n' onion, Joe Duffy and U2, Dublin is also the last resting place of St Valentine. Quite simply, it is Love City 1.

The remains of one of the world’s favourite goodie-two-shoes rest in a casket in Whitefriar Street Church on Aungier Street. 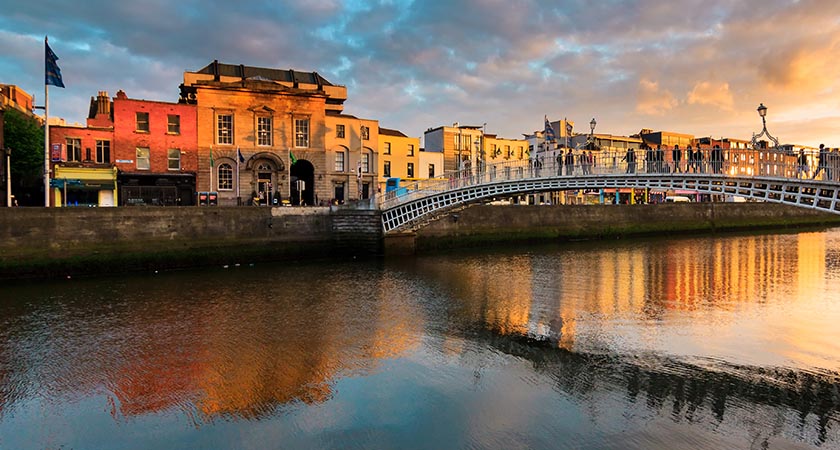 Most historians accept that in 1835, they were passed on as a gift from Pope Gregory XVI to the respected Dublin Carmelite Father John Spratt for services rendered to the Pope, before they arrived in Dublin a year later.

But lest you’re idly wondering, it seems unlikely the gift came with any message along the lines of:

Greg's thinking of you.”

The casket containing St Valentine's bones is something of a modest affair, and apparently has not been opened for the thick end of two millennia.

However documents of authentication and a Papal seal verify the contents.

It is not claimed that all of Valentine's remains are contained in the casket.

The Gorbals in Glasgow isn’t probably the first place you’d associate with romance, but the church of the Blessed John Duns Scotus (who, despite his name, was probably Irish) in the Gorbals area of Glasgow, Scotland also claims some of the bones of St Valentine. 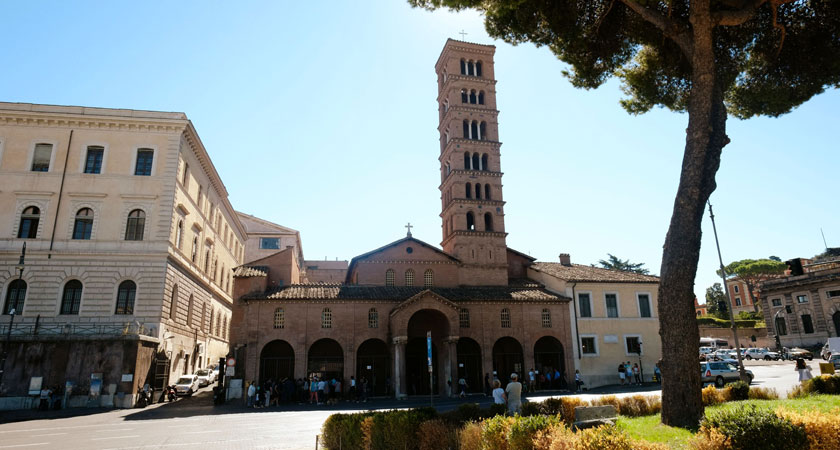 The Basilica of Santa Maria in Cosmedin, Rome (Picture: Getty)

The conundrum of other contenders

The flower-crowned skull of St Valentine is exhibited in the Basilica of Santa Maria in Cosmedin, Rome.

But Dublin remains the most widely recognised last resting place of (most of) his remains. 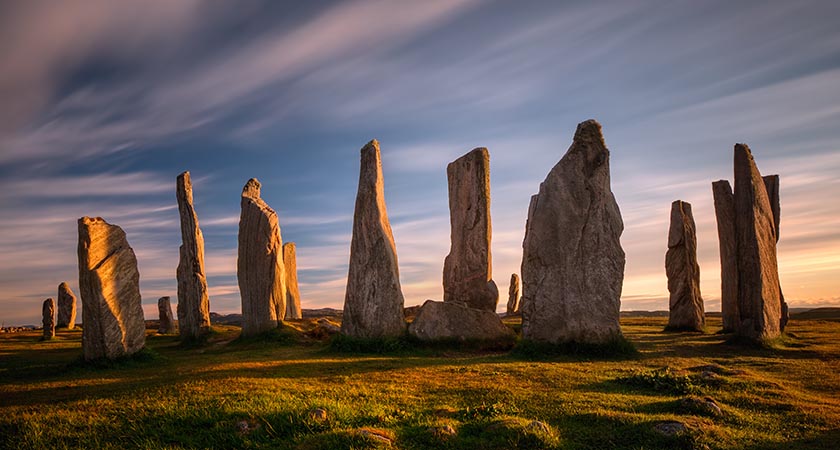 The ancient Celts had a hand in St Valentine's Day (Picture: iStock)

The popular customs associated with St Valentine's Day probably had their origin in a belief throughout Europe that at this time of the year the birds began to pair.

There was an echo of this in Celtic times, and the belief persisted right through to the Middle Ages.

The Romans celebrated fertility rites, invoking their love goddess, and partied on down.

Thus the cult of St Valentine’s was latched on to this ancient, and often hedonistic celebration — it was a good day for the early Christians to bolt on one of their religious celebrations, on a day that was already marked ubiquitously.

There may have been two, or possibly three, saints with the name Valentine associated with February.

In total there are some 11 saints with the name Valentine venerated in the Catholic Church.

As far as we can make out, both of the February Valentines were martyred.

One was buried at the Flaminian Gate of Rome, near what was formerly called the Gate of St Valentine.

The other St Valentine — if we assume there were two in this confused situation — was executed by a Roman official, Placidus Furius.

What made the normally placid Placidus furious was that Valentine was secretly marrying loving couples.

This was bad news to Placidus' ears because married men make poor soldiers.

This Valentine was duly executed for his clandestine matrimonial duties on February 14. 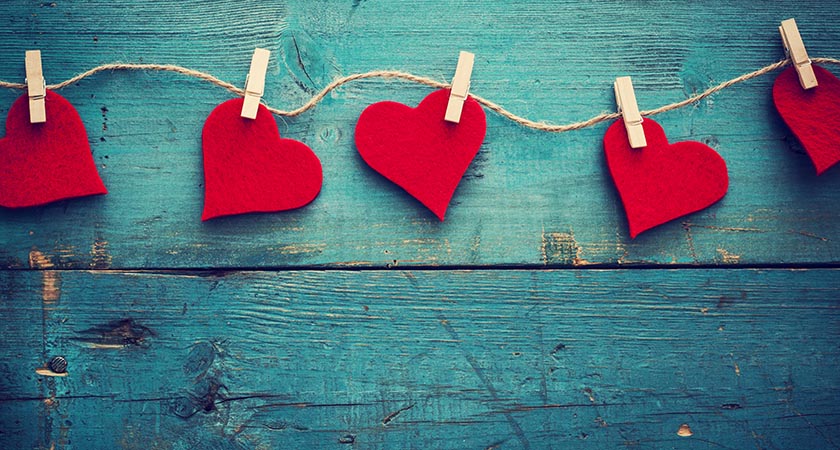 Have a heart — a Valentine card has to have one (Picture: iStock)

A bit of a card

Another legend is that Valentine refused to sacrifice to pagan gods.

Being imprisoned for this, Valentine gave his testimony in prison and through his prayers healed the jailer's daughter who was suffering from blindness.

On the day of his execution he left her a note that was signed "Your Valentine".

An early Valentine's card, perhaps from the 14th century, can be viewed at the British Museum.

Of course, historians are happy to date any old thing, especially when it comes to Valentine's Day.

Most of the current legends that characterise St Valentine were invented in the 14th century in England, notably by Geoffrey Chaucer.

He associated Valentine with the mating season of birds, writing in his Parliament of Fowls:

"For this was sent on Seynt Volantynys day

Evidently there were no spell checkers in those days. 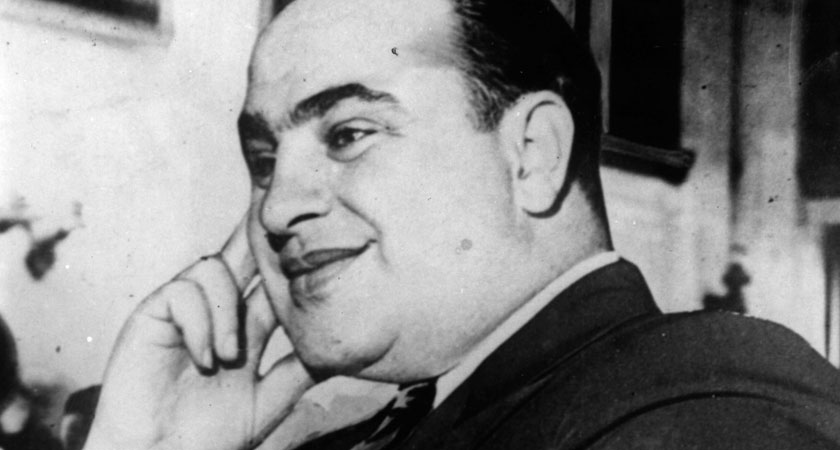 The day that was in it

One of the most infamous events to occur on St Valentine's in contemporary times took place on February 14, 1929.

Al Capone wanted business rivals for the trade in illegal liquor in Chicago eliminated, so he sent for his 'chief-of-staff' Jack McGurn.

The bloodbath was supervised by Machine Gun McGurn and his second-in-command Brendan 'Bren gun' Kincaid.

The St Valentine's Day Massacre took place at a garage, however the intended victim of the plot, Bugs Moran, was not killed, having arrived late for the meeting.

Despite his absence from the scene of the crime, St Valentine's Day proved the eventual undoing of Al Capone – he was convicted and imprisoned on a federal charge of income tax evasion a few years later.

Area of Dublin is named among "world's coolest neighbourhoods" in poll