Entire TOWN goes on sale in Wild West with saloon, hotel and church for just under $1 million

Cerro Gordo is a 19th-century Californian settlement tucked away in the Inyo Mountains - around 200 miles north of Los Angeles.

The town has been in the hands of the same family for decades and was open to the public for tours despite being privately owned.

In the shadow of Mount Whitney, Cerro Gordo includes 300 acres of sage-studded land with mineral rights and a well-preserved authentic ghost town.

"The owners hope to find someone who appreciates and desires to preserve the historic nature of it," said Jake Rasmuson of Bishop Real Estate. 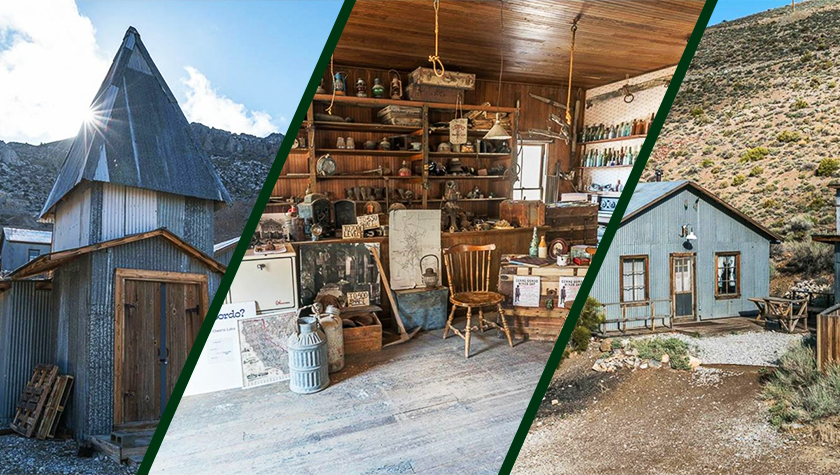 Cerro Gordo comes with a church, saloon and hotel as well as 300 acres of land (Image: Bishop Real Estate)

"Even if you're not interested in purchasing it, it's worth the tour."

There are almost two dozen buildings including a church, a saloon, a historic hotel called the Belshaw Bunkhouse, a hoist house and a superintendent's house.

Silver was first discovered in the hills of Cerro Gordo in 1865, sparking a 'silver rush' in subsequent years as prospectors flocked to the area.

The town's population rose to around 5,000 at its peak but quickly dwindled when the price of silver plumetted in 1877.

Its real estate listing reads: "For those looking to acquire a piece of American West... Cerro Gordo is for you."

The abandoned settlement looks a little like something straight out of HBO's Westworld drama and would no doubt be an affluent history lover's dream purchase.