IRISH WORK by Tom Wood is a highly personal book of unseen photographs taken over a period of over nearly 50 years.

The book contains over 200 previously unpublished images focusing on Wood’s lifelong relationship with Ireland — a personal story that features conflict, linked to the wider history of the country.

Tom Wood was born in 1951 in Mayo to a Catholic mother and a Protestant father, who were later forced to emigrate to England. 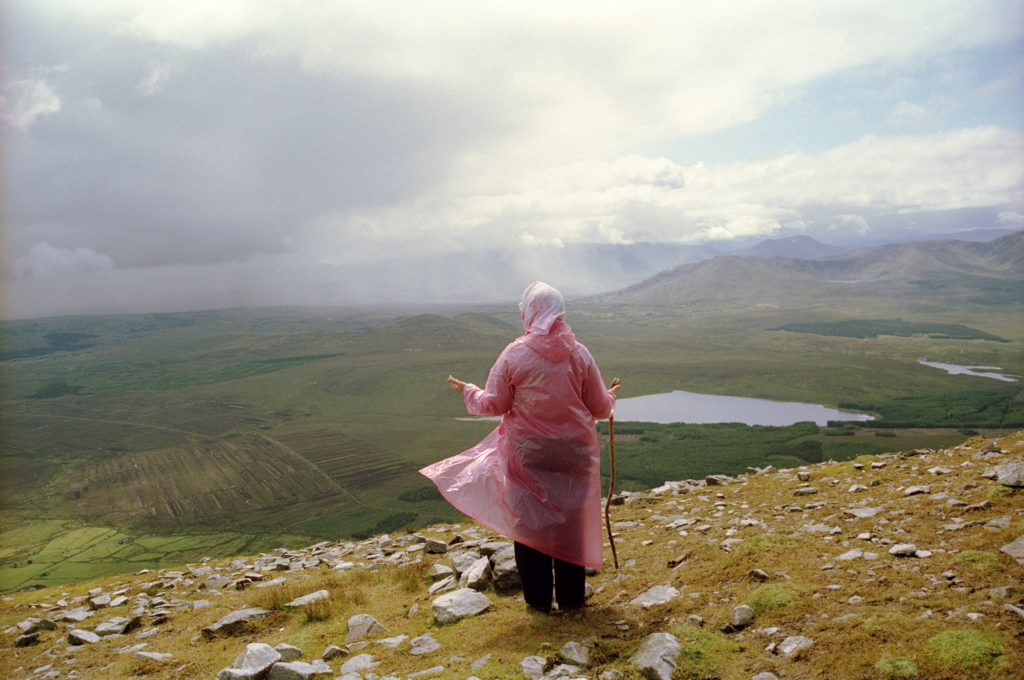 On top of Croagh Patrick

He would return home to Ireland annually, and in 1972 began photographing against the backdrop of Nephin Mountain.

In 1978 he moved to Merseyside and spent the next 25 years there, creating many of his best-known pictures, primarily street photographs.

Throughout this period, he was also working on a long-term study of the west of Ireland, and the wider landscape of his birthplace and childhood. 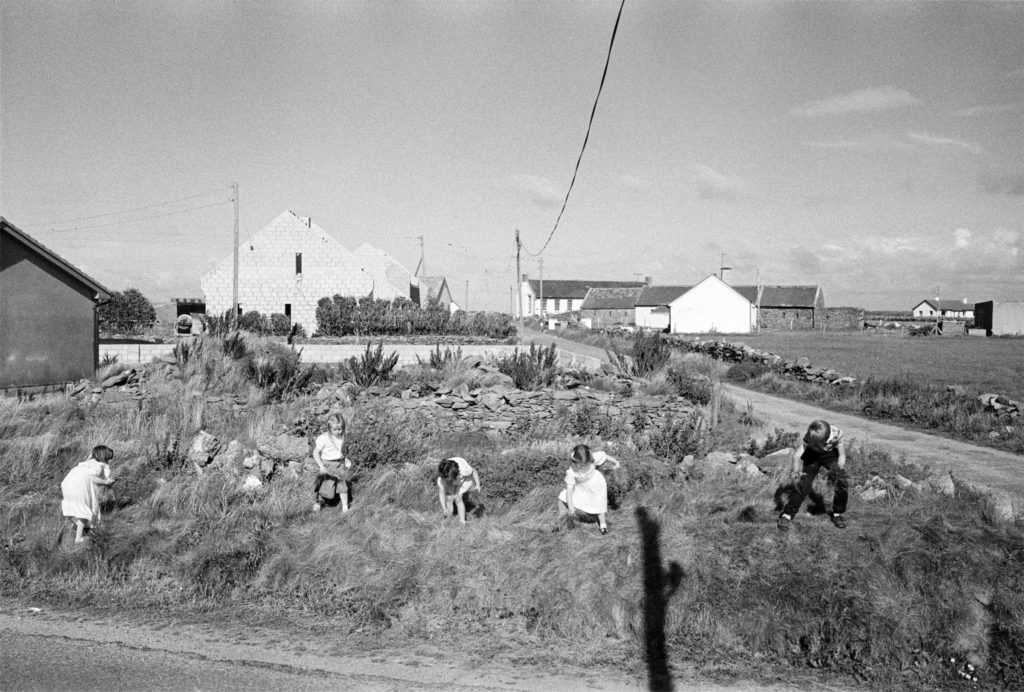 Working on the verge

Family connections are woven throughout the book but never explained.

The people and places intertwined throughout the images are dense with history, both public and personal.

Taken between 1972 and 2019, the photographs are neither chronological nor follow a defined narrative—instead they are presented as a stream of consciousness.

The book shifts stylistically from portrait to panorama, video to colour and black & white, and in subject matter from landscape to interior, lone figures to social gatherings, with a gentle humour, coolly observational, anecdotal, and playful. 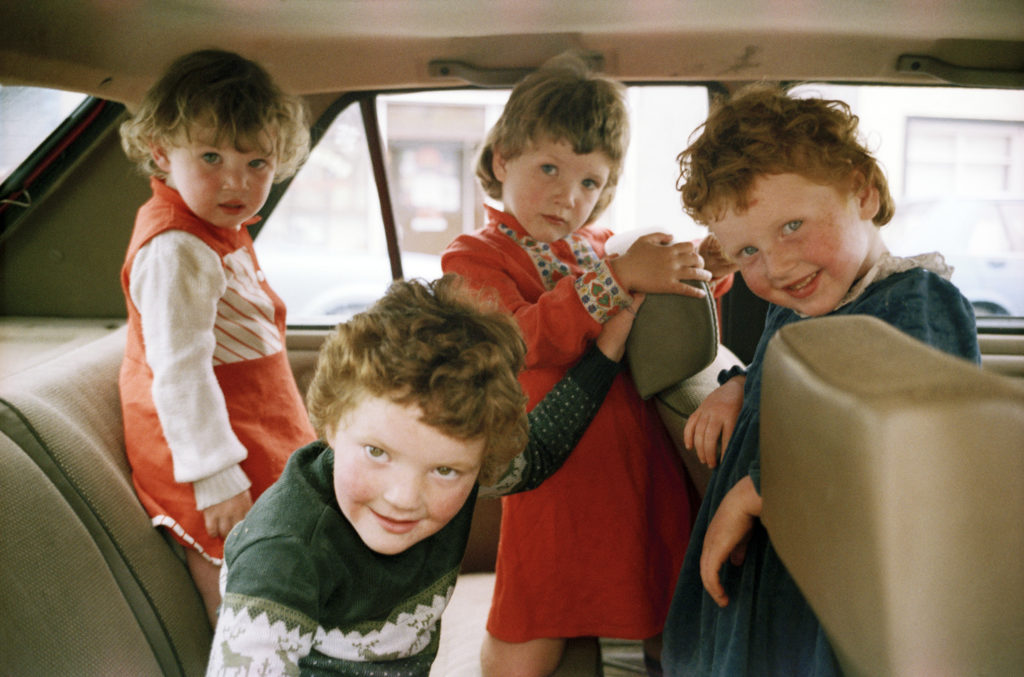 Irish Work showcases Wood’s artistic shifts of style over five decades, while preserving both his individuality and mastery of the photographic form.

The book is a collaboration with artist Padraig Timoney, who worked on the sequencing and dustcover design.