What to do, see, eat and drink in Belfast

BUSY, friendly, welcoming and vibrant, Belfast is a city bustling with tourists and locals enjoying everything is has to offer, from its historic maritime connections - where the HMS Caroline and SS Nomadic are currently on display in its Titanic Quarter, a not-to-be-missed attraction in the city - to its more modern claim to fame within the iconic Game of Thrones series.

Belfast is home to the most successful TV series ever made. The mediaeval fantasy is extensively filmed in a corner of the former Harland and Wolff shipyards as well as at locations round Northern Ireland.

But of course it’s not all just tall tales. Belfast is the scene of much real-life drama, not least the birthplace of the RMS Titanic.

For more information on the world’s most famous ship since Noah’s Ark, head for Titanic Belfast in the Titanic Quarter. This exemplary exhibition is set in a stunning architectural creation.

To find out more about the whole saga, take a Wee Tram tour of the entire Titanic Quarter. Sites include the SS Nomadic, which served as a tender.

Belfast can also boast some of the finest pubs anywhere.

The Crown Liquor Saloon on Great Victoria Street glories in Victorian splendour. Many of the fixtures and fittings were intended for the Titanic; but instead, used to pay bar bills by shipyard workers.

White’s is Belfast’s oldest pub (one of several, as it happens). Yet when the barman tells you they received their first liquor licence in 1630, “the year before work on the Taj Mahal began”, you’re inclined to believe him.

At Holohan’s on Lanyon Place you’ll be provided with an excellent vantage point to gaze out on the River Lagan. Watching the great cranes that line the former shipyards, it’s easy to imagine the Titanic slipping anchor and sailing out into the Irish Sea, never to return. 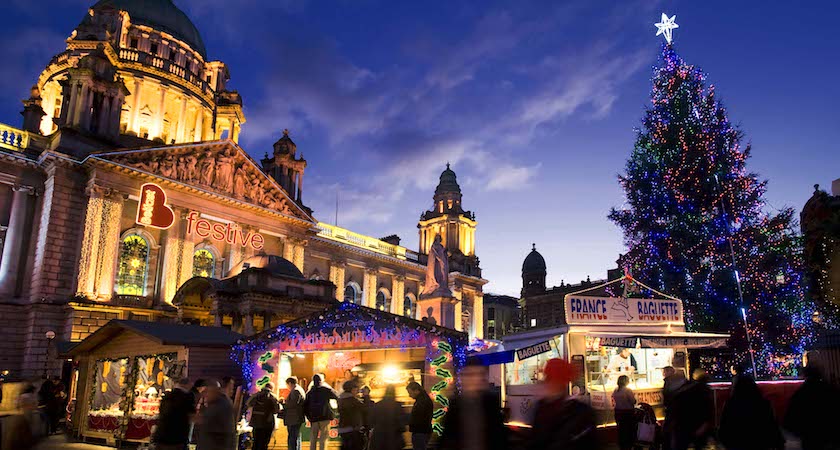 The cultural heartland of the city is the Cathedral Quarter, Belfast’s old warehouse district surrounding the impressive St. Anne’s Cathedral.

The cobbled streets are today lined with clubs, cafes and venues, featuring gigs that run from alternative comedy to local theatre.

If its more heads-down-see-you-at-the-end rock you’re looking for try the on Hill Street where even Van Morrison pops in for the odd live session.

For traditional seisúns Fibber Magees has music seven nights a week — one of many that features folk music.

Today Belfast’s cuisine caters for all tastes. The traditional chippy is still there, but jostling for space with Michelin-starred restaurants, funky cafes, and upmarket gastropubs.

In a city that now boasts a dazzling gourmet map, top table is OX in the old dockside area of the city. This old building has been transformed into a Michelin-starred restaurant, stripped down for action. 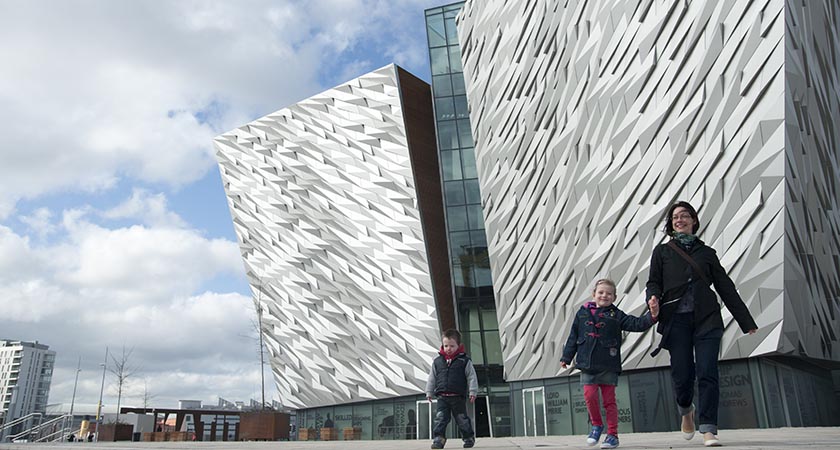 The Dirty Onion and Yardbird in Hill Street in the centre occupies what is believed to be Belfast’s oldest extant building, a bonded warehouse dating from the early 18th century.

Meanwhile, the Guinness in the city’s oldest pub, Kelly’s Kitchen, relies on cellars dating back to 1720. It’s an essential pint stop and they do a very fine shepherd’s pie.

A short detour will take you to the Ulster Hall, where Led Zeppelin first performed Stairway to Heaven — which really puts it up to Dublin with their premiere of Handel’s Messiah back in the 18th century.

Other gigs here have included readings by Charles Dickens and recitals by Enrico Caruso; to find out what’s currently playing (everything from classical to folk) visit belfastcity.gov.uk/ulsterhall.

A quick left turn takes you up the road in the newly revamped Ulster Museum.

Housed in an impressive building after a modern refurb, the museum houses everything from ancient Celtic artifacts to bling from a Spanish Armada galleon, the Girona, that foundered off the coast of Northern Ireland centuries ago.

Back into town now, and past the imposing façade of the Queen’s University of Belfast — where Seamus Heaney used to teach — and across the River Lagan.