SOME 70 pieces of Irish art are set to be offered up to the highest bidder this month when Sotheby’s auction house holds two sales.

Together, the group of works carry a combined estimate of £2.6 – £3.9million.

The Irish works feature an important group of 17 paintings from the collection of Sir Michael Smurfit, formed over the course of thirty years.

This offering marks the second sale of Irish works from Sir Michael’s collection to be presented at auction by Sotheby’s - following the auction of a group of pictures in last September’s Irish Art sale.

In total, across both sales, over 70 Irish lots will be offered, spanning the 19th century to the present day and across media from paintings to sculpture to ceramics.

The sales feature many of Ireland’s most famous painters, including Jack B. Yeats, John Lavery, William Orpen, Paul Henry, Louis le Brocquy and Gerard Dillon, alongside a diverse selection of works by exciting contemporary artists, such as Heaven is a Place on Earth by Jack Coulter, recently featured in Forbes' 30 Under 30 Europe 2021/Arts & Culture list.

“The majority of works on offer are emerging onto the market from long-held private collections, and many of them are making their first appearance at auction,” Sotheby’s confirms.

Pre-sale exhibitions are being in London from November 18-23. 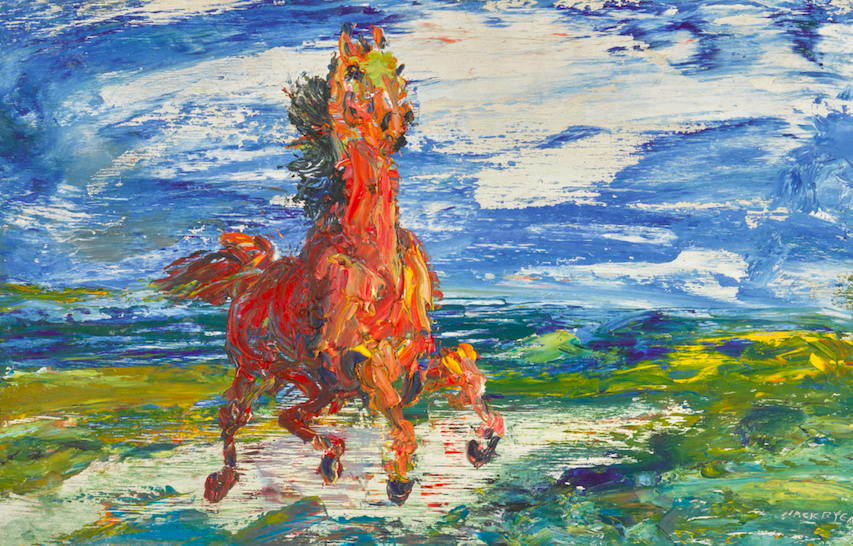 This small panel painting demonstrates Jack Yeats’ well renowned ability at painting the horse; his interest in the animal is evident from the many drawings, cartoons and paintings of the subject that he made throughout his long career. The work was not exhibited publicly until the major Images in Yeats exhibition of 1990. It was acquired by the publisher and bookseller, Maurice Fridberg in Dublin in 1945. 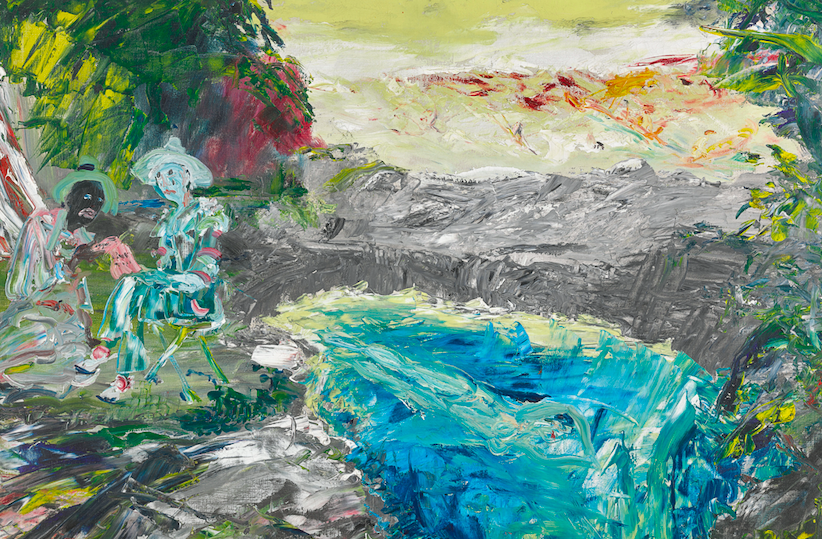 South Pacific is one of the great fantasy paintings that Yeats created in 1937. The exuberant colours and the sheer virtuosity of the paint work combine with the whimsical subject matter to make this work one of the artist’s most imaginative paintings. 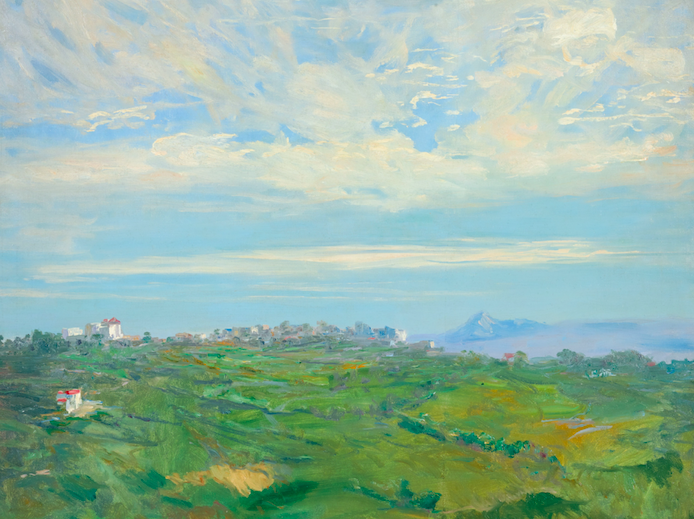 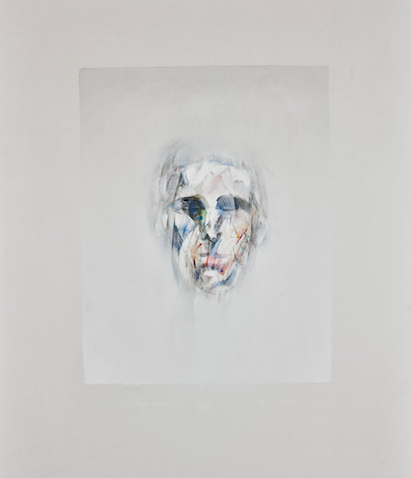 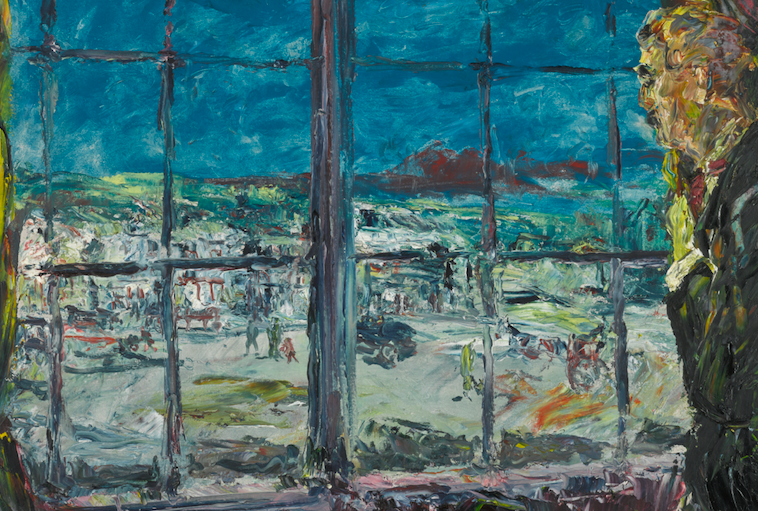 This imposing view of Donegal town, on the northwest coast of Ireland, and its surrounding landscape uses several devices familiar in the work of Jack B. Yeats. The entire view is seen through the frame of a large window, the curtains of which subtly form the edges of the composition. The careful structuring suggests that in addition to the direct emotional content of his work, Yeats was also a careful constructor of composition and form. The painting was shown in London at a one-man show in 1936 and at the National Gallery’s exhibition of Yeats’ work in 1942. 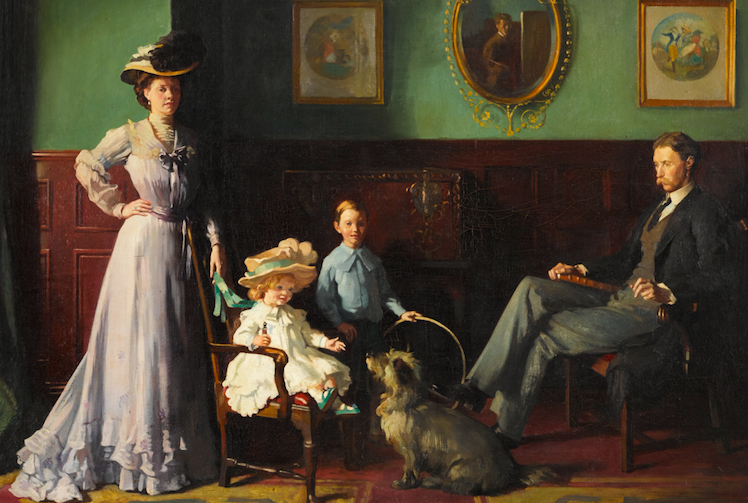 Property from The Swinton Family Collection

In 1900, on the advice of John Singer Sargent, Captain George Sitwell Campbell-Swinton, of Kimmerghame House, near Duns in the Scottish Borders, commissioned the young impoverished William Orpen to paint his family portrait. Married in 1895, the Swintons set up home in fashionable Pont Street where this group portrait was painted. When approached, Orpen was unsure of how much he would charge for the

picture, but his estimate of £80 was instantly accepted. The portrait also depicts their children, Mary, and Alan, grandfather of the Scottish actress, Tilda Swinton. 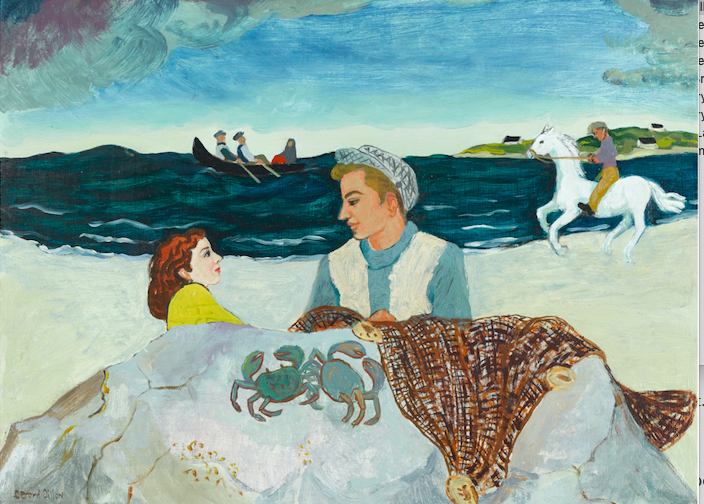 Across from Inishlacken, Gerard Dillon 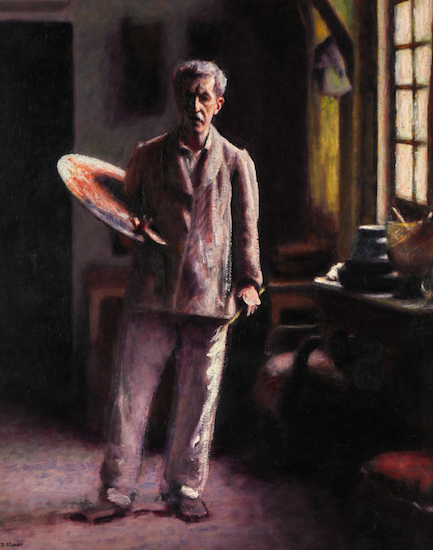 In later life O'Conor documented the ageing process through a series of uncompromising self-portraits in a head-and-shoulders format. Only on two occasions did he portray his full-length figure, the first being a portrait dating from about 1910 in which he stood next to a large easel; the second work is the painting to be offered in Sotheby’s sale.