And while there will be plenty who mourn the departure of this most divisive of US Presidents – some 75 million US citizens, to be precise – the Donald’s departure does at least provide some respite from the relentless social media-led madness of his time in office.

Quite what the future holds for Trump is unclear. Maybe he’ll form his own political party. Perhaps he’ll start his very own television network. There’s also the distinct possibility he will be getting a visit from the police before too long.

Whatever the case and whatever your political stance, one thing is undeniable: Trump was headline news day in, day out, good, bad and all-too-often ugly.

Some might even say he made America something of a laughing stock so, with that in mind, it’s time someone made Trump the butt of the joke.

Here is a selection of the best Trump jokes to mark his departure from the highest office in the land. 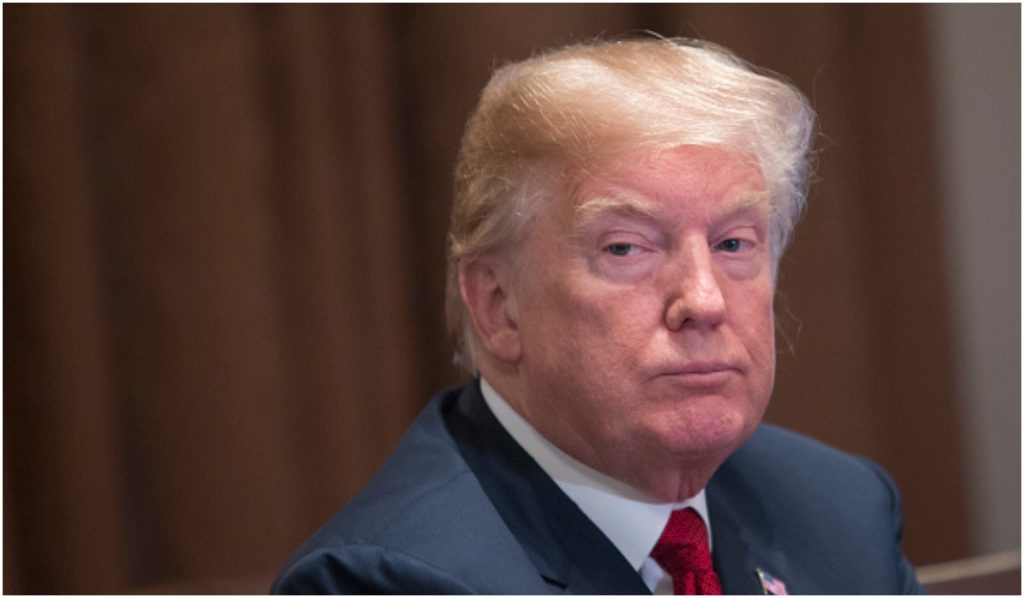 1. What is the difference between Trump and a flying pig?

2. A man goes to Heaven and meets Jesus.

While Jesus is showing him round, he spots a broken clock.

Jesus says “that’s Mother Teresa’s clock it has never moved because she has never lied.”

“Just over here is Abraham Lincoln’s clock. He lied twice, so it has moved twice.”

“Where is Donald Trump’s clock?” asks the man.

Jesus answers: “It’s in my office, I’m using it as a ceiling fan.”

3. What did Trump rename the Presidential plane?

4. Donald Trump wants to ban the sale of pre-shredded cheese. 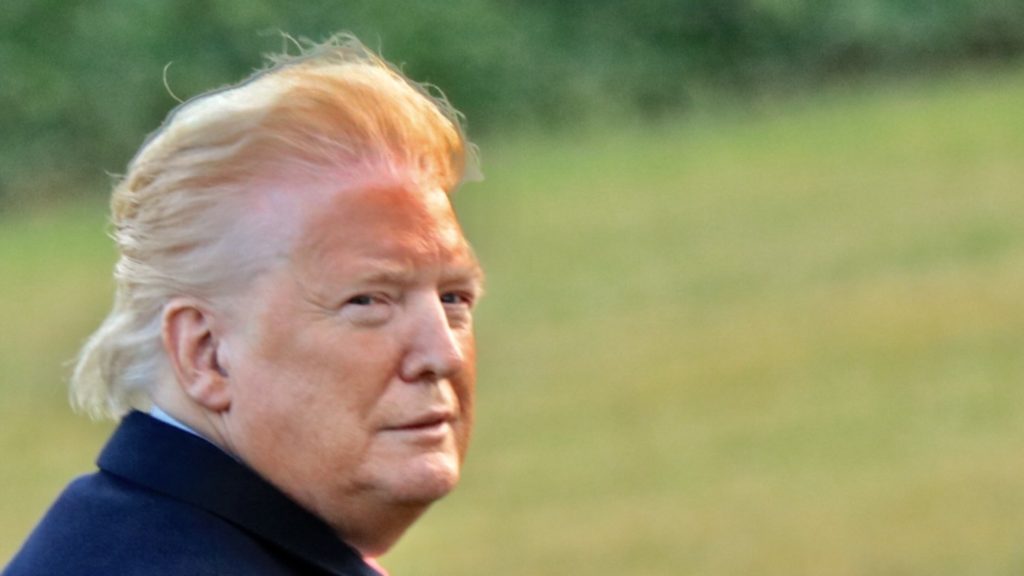 5. What do you call a Disney Princess that supports Donald Trump?

6. Pope Francis, Donald Trump, Barack Obama, and a little boy are crossing the Atlantic on an airplane when the engines fail.  They find three parachutes.

Donald Trump grabs the first parachute and jumps out of the plane saying, “The world needs my leadership!”

Barack Obama grabs a parachute and says, “I need to help make choices for our world”, so he jumps off the plane.

At this point, the Pope and the little boy are on the plane.

The Pope says to the boy, “take the last parachute, I am too old and I’m going to die soon one day.”

7. Why does Donald Trump take anti-depressants?

According to the brain scan, the left side of his brain has nothing right, while the right side has nothing left.

9. What do you see when you look into Trump's eyes?

The back of his head. 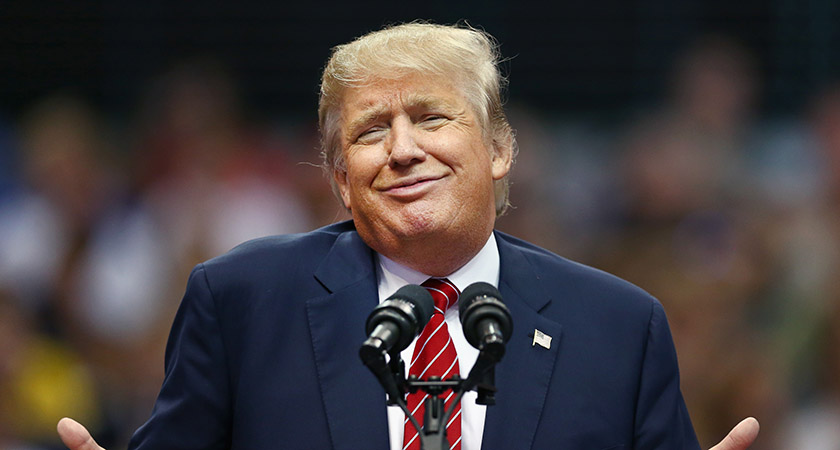 10. What does Trumps hair and a thong have in common?

They both barely cover the •••hole.
11. The Pope and Donald Trump are on stage in front of a huge crowd.

The Pope leanedin  towards Trump and said, “Do you know that with one little wave of my hand I can make every person in this crowd go wild with joy? This joy will not be a momentary display, like that of your followers, but go deep into their hearts and for the rest of their lives whenever they speak of this day, they will rejoice!"

Trump replies, “I seriously doubt that. With one little wave of your hand? Show me!”

So, the Pope slapped him.

Like when he deported a printer because it didn’t have papers.

Because they go all the way to Russia.

15. Why can’t Trump stay in the White House anymore?

Because it’s for Biden!