A 72-foot long potato has been added to the line-up for the world’s shortest St. Patrick’s Day parade

THE WORLD’S Largest Potato on Wheels has been added to the line-up for the 16th Annual World’s Shortest St. Patrick’s Day Parade.

One of the more unique parades for Irish American’s eager to celebrate their ancestor’s much-loved Patron Saint, this year’s iteration is being held on Sunday, March 17th and this year will feature a very special and very large new addition.

The four-ton Big Idaho Potato and its accompanying truck and trailer will almost fill the length of Bridge Street, according to Steve Arrison, CEO of Visit Hot Springs and one of the founders of the parade. It’s still viewed as an important addition to this year’s event.

“The potato is woven deep into the heritage of Ireland and the millions of Irish Americans whose ancestors fled the Great Potato Famine of 1845 – 1852,” Arrison said.

“That catastrophe left a million Irish people dead and saw a million more emigrate to the United States and other parts of North America.”

“While the Big Idaho Potato will bring still more zany fun to our World’s Shortest St. Patrick’s Day Parade, it will also serve as a reminder of why so many Americans trace their ancestry back to Ireland,” he said. 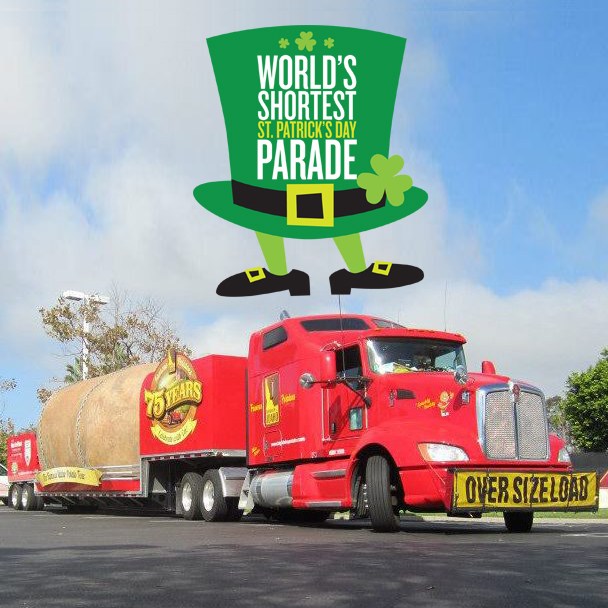 This spectacular spud, which is being sponsored by the Idaho Potato Commission, travels the country annually, making nearly 70 appearances at events across the length and breadth of America.

It’s the equivalent of 21,562 potatoes, while a spud this size would take an estimated 7,000 years to grow, they say.

The potato would take two years in a hot oven to bake and would make 20,217 servings of mashed potatoes or 970,380 french fries.

It’s also 802 times heavier than the largest potato ever grown, which tipped the scales at 11 pounds.

“The tremendous tater annually makes appearances in such events as the Memorial Day Parade in Washington, D.C., the festivities surrounding the Kentucky Derby and NASCAR Poconos Raceway,” Arrison said, “so we are really pleased that they have added Hot Springs National Park, Arkansas, to the tour for 2019.”

“Along with the great new events we’ve added for 2019, the First Ever 16th Annual World’s Shortest St. Patrick’s Day Parade will be the most spectacular one we’ve ever seen.”

The Big Idaho Potato Truck Tour has always had a charitable component to it, A Big Helping.

During its tour, the truck’s management team will identify local charities to receive a $500 donation via a Signature Board that’s set up at the events the Truck visits.