AER LINGUS female cabin crew will no longer be expected to wear make-up on flights from November in a change to the airline’s mandatory rules.

The move comes in the wake of Virgin Atlantic’s announcement that female staff would no longer be required to wear skirts or make-up on flights from March 1st.

“In a significant change for the aviation industry, our female cabin crew are no longer required to wear any make-up, if they so choose,” the airline.

“Not only do the new guidelines offer an increased level of comfort, they also provide our team with more choice on how they want to express themselves at work,” the airline added.

The Irish airline had been considering a similar change for some time prior to Virgin Atlantic’s announcement as part of a rebranding exercise. 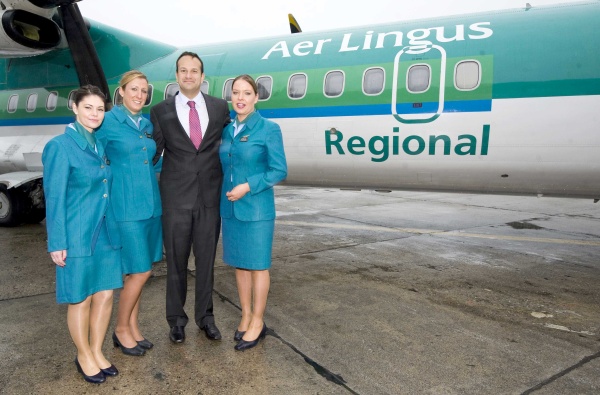 Aer Ling is set to roll out a new uniform later this year.

It’s been designed “to reflect changing dress norms and to better meet the needs of our guest-facing colleagues.”

“The new uniform collection incorporates a range of wearer options including a trouser option for females and an ability to combine collection elements.

“Aer Lingus uniform staff guidelines for the new uniform are currently being completed, but Aer Lingus can confirm that these will not include mandatory use of make-up.”