AN 82-year-old man has become the first person to receive the Oxford-AstraZeneca vaccine.

Brian Pinker, a retired maintenance manager who is a Dialysis patient, received the vaccine at 7.30am this morning at Oxford's Churchill Hospital.

The vaccine is a result of months of tireless work from researchers in Oxford University, led by Irish scientist Professor Adrian Hill.

Receiving the vaccine from Chief Nursing Officer Sam Foster, Mr Pinker said he was "so pleased" to have been the first to receive the Oxford vaccine, adding he is "really proud that it is one that as invented in Oxford. 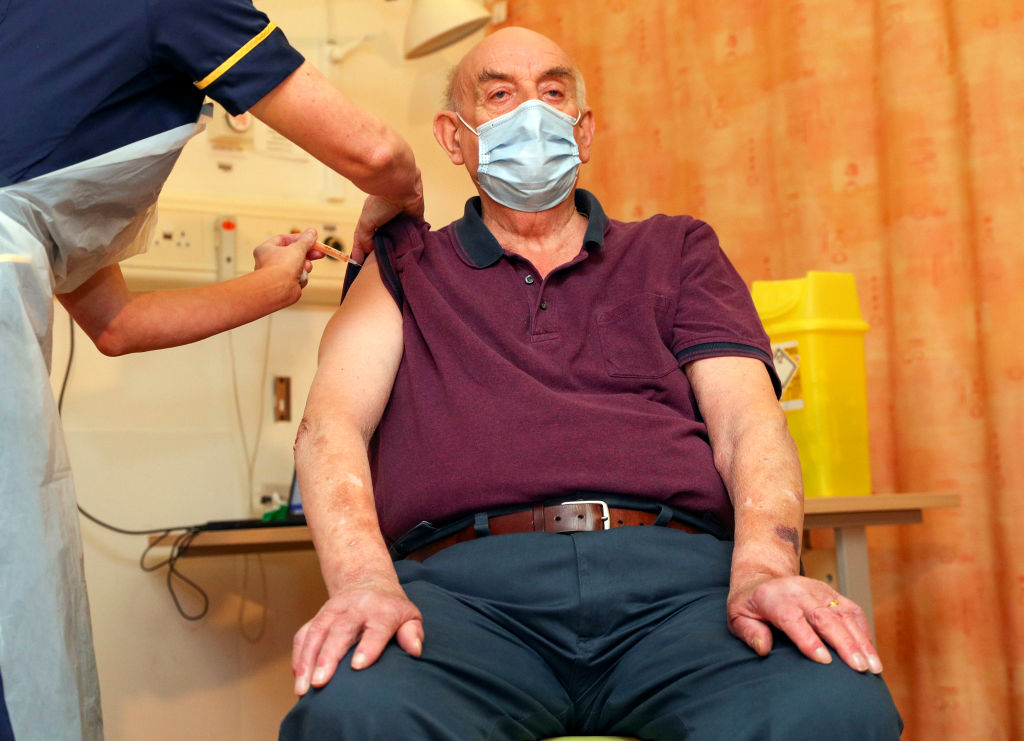 "The nurses, doctors and staff today have all been brilliant and I can now really look forward to celebrating my 48th wedding anniversary with my wife Shirley later this year," he said.

Nurse Sam Foster, who administered the first of the vaccines, said it was a "privilege to be able to deliver the first Oxford Vaccine at the Churchill Hospital here in Oxford, just a few hundred metres from where it was developed.

"We look forward to vaccinating many more patients and health and care staff with the Oxford Vaccine in the coming weeks, which will make a huge difference to people living in the communities we serve and the staff who care for them in our hospitals," she added. 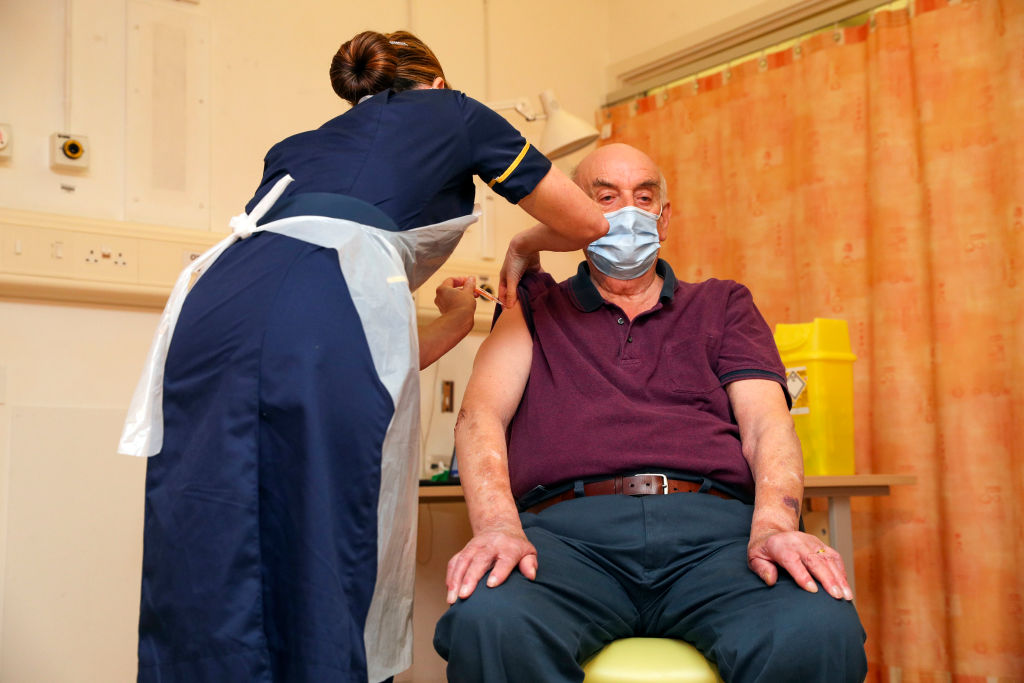 The UK Government has secured access to 100 million doses of the vaccine, with more than half a million doses available today and tens of millions to become available in the coming weeks and months.

Health Secretary Matt Hancock said the Oxford-AstraZeneca jab is a "testament to British science" and "a pivotal moment in our fight against this awful virus".

"t in our fight against this awful virus and I hope it provides renewed hope to everybody that the end of this pandemic is in sight."

Alongside Brian Pinker, music teacher and father-of-three Trevor Cowlett, aged 88, and Professor Andrew Pollard, a paediatrician working at OUH who also pioneered the Oxford jab, were among the first to be vaccinated today.

"As a paediatrician specialising in infections, I know how important it is that healthcare workers along with other priority groups are protected as soon as possible - a crucial role in defeating this terrible disease."

Last month, a 90-year-old Irish grandmother became the first person in the world to receive a vaccine against Covid-19.

Margaret Keenan, who was born in County Fermanagh and now lives in Coventry, left hospital "feeling great" and looking forward to spending more time with her family.