Britain Prime minister Theresa May (C) talks with Irish Prime minister Leo Varadkar (L) during a European Council meeting, on the second day of a summit of European Union (EU) leaders and focusing on globalisation and migration, after the first day was dominated by the future of the EU and the Brexit, on June 23, 2017 in Brussels. A year to the day after Britain voted to quit the European Union, the divorce proceedings are only just starting and European leaders are hoping that the decree absolute never comes through. / AFP PHOTO / JOHN THYS (Photo credit should read JOHN THYS/AFP/Getty Images)

TAOISEACH Leo Varadkar will meet with Prime Minister Theresa May in London today where Brexit will top the agenda.

It will be the first time the pair have met since the Prime Minister's speech in Florence last Friday where she promised to protect the Good Friday Agreement and Common Travel Area.

Mrs May used the 35-minute speech to outline plans for a two-year transition period to smooth the Brexit process, as talks with the EU over a ‘divorce’ deal continue to stall.

Ahead of the meeting today at Downing Street, Irish Minister for Foreign Affairs Simon Coveney told RTE's Morning Ireland that Britain now needs to bring a plan to the table as to how it will fulfil those aspirations.

When asked if the Irish Government was losing patience with Theresa May and her Government on Brexit, Minister Coveney said: "There is an evolving debate on Brexit within Britain, of course we would like more clarity but what we got from Theresa May's speech in Florence was some welcome detail that hadn't been there before.

But he added: "The detail of how we're actually going to get there of course, is not there yet.

"What Britain really needs to bring to the table now is a plan to fulfill the aspirations that she outlined in her speech, which is what we want as well."

Mr Coveney said the Irish Government believes matters would be easier if Britain accepted that Northern Ireland, or indeed Britain as a whole, would stay in a customs union with the rest of the European Union. 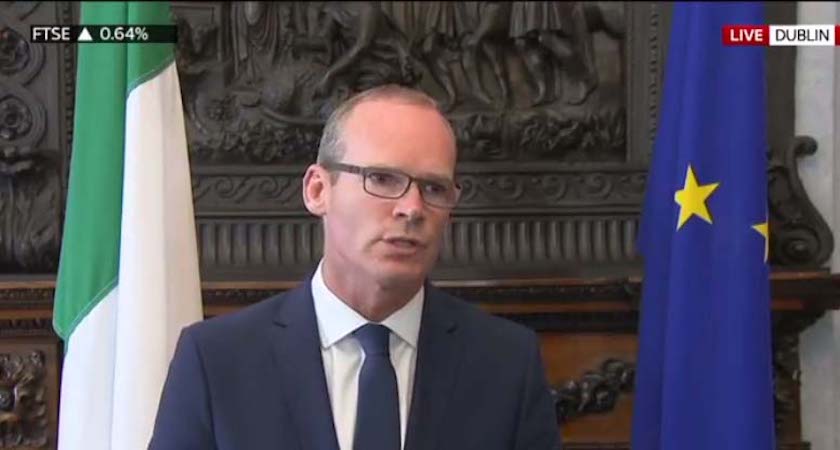 "That would prevent any need for a customs border, which would be a big step forward," he said.

"I think that is reassuring for Irish business, that actually, she has made it very clear that whatever happens here, from a transition period to a more lasting future relationship, businesses aren't going to be asked to change their systems twice in terms of adapting to new realities or new regulations."

The Prime Minister's comments come as beef farmers in Northern Ireland called for a five year transition period after Brexit, according to a report in The Financial Times which revealed the Livestock and Meat Commission have deep concerns about declining farm profits under WTO rules.

Minister Coveney said: "We would like the maintenance of the status quo indefinitely into the future. We don't want Brexit. It's not good for Ireland, it's not good for Britain, that's our view.

"But if Britain is determined to move ahead to leave the European Union, we want as close to the status quo as possible.

"The longer the transition period the better for us," he added.