Conor McGregor fined €1,000 and convicted of assault on man in Dublin pub who refused offer of whiskey

CONOR MCGREGOR has been convicted of assault at a court in Dublin.

The mixed martial arts star avoided jail time, instead receiving a €1,000 fine for assaulting a man in a pub in Dublin.

The charge related to an incident that took place in The Marble Arch Pub in Dublin back on April 6.

In the footage, McGregor could be seen talking to patrons at the bar.

A bottle of his popular Proper Twelve whiskey appears, and McGregor begins lining up glasses so that each of the men at the bar can have a taste.

However, the problems begin when one of the elderly men refuses the offer of a free drink, twice moving away the cup McGregor places in front of him.

McGregor proceeds to down a shot of his whiskey with the other drinkers before suddenly aiming a left fist at the temple of the man.

Two men immediately appear and lead the UFC star away.

The victim, identified as one Desmond Keogh, opted not to make a victim impact statement at the Dublin District Court hearing.

However, the court was informed that McGregor apologised to Keogh  and paid him an undisclosed amount of compensation.

The CCTV footage of the incident was played to the court. 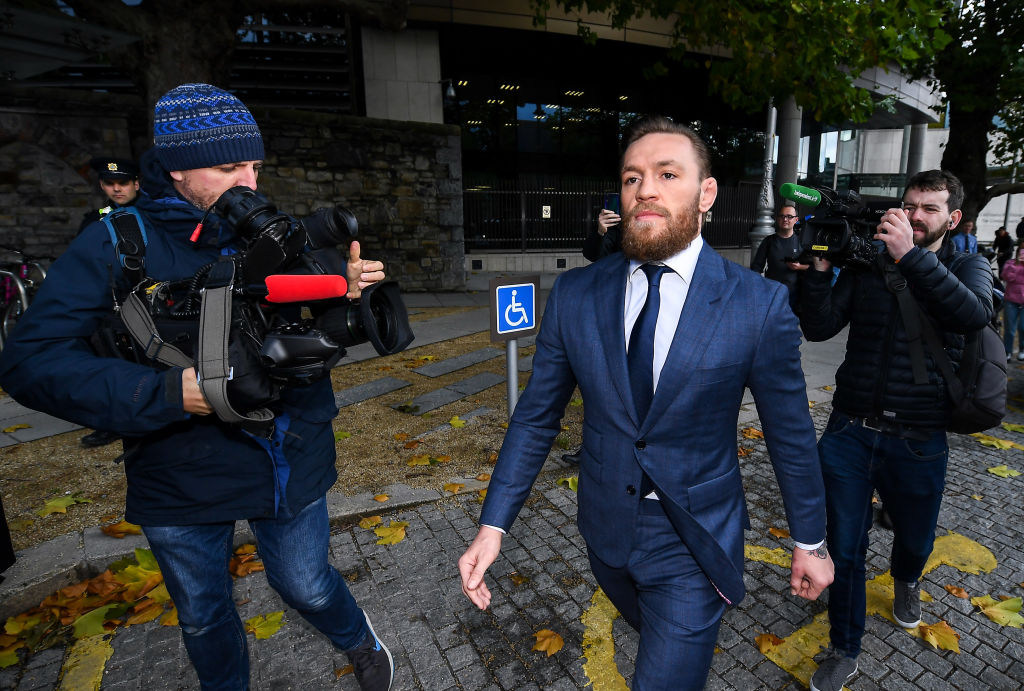 McGregor’s solicitor confirmed his client accepted what he did was wrong and fully accepts the incident.

He told the court that the victim did not suffer any physical injury.

McGregor previously apologised over the incident.

"I was in the wrong. That man deserved to enjoy his time in the pub without having it end the way it did," McGregor told ESPN2.

"It was five months ago and I tried to make amends and I made amends back then. But that doesn't matter, I was in the wrong and I must take accountability, take responsibility.

"I have been making steps and continuing to make steps to do better and be better, to see it (the footage) is like a dagger into my heart as a young martial artist."