CONOR MCGREGOR has revealed he is hopeful of facing off against Floyd Mayweather again in a potential rematch pitting the two fighters against each other in the Octagon.

The Irishman lost to Mayweather in the 10th round of their money-spinning fight back in 2017, which generated more than four million pay-per-view buys.

But despite the referee’s intervention, McGregor believes he was on top for much of the encounter and is now calling on the American to return the favour with an MMA rematch.

Speaking in an interview with Tony Robbins, the Notorious said “Floyd Mayweather is known for his Philly shell defence style of fighting. He has one arm tucked under and another under his chin, he deflects shots with his shoulder,” he told Tony Robbins.

“Then, when I went into the fight, I was whooping him in the early rounds. I actually went back to my corner after the first round and said ‘this is easy’.

“Then he had to switch up his style, and you’ve got to respect that, he switched to the Mexican boxing style.

“The Mexican boxing style is where you put your elbows in tight and walk forward with heavy pressure. He never fought like that in his entire career.” 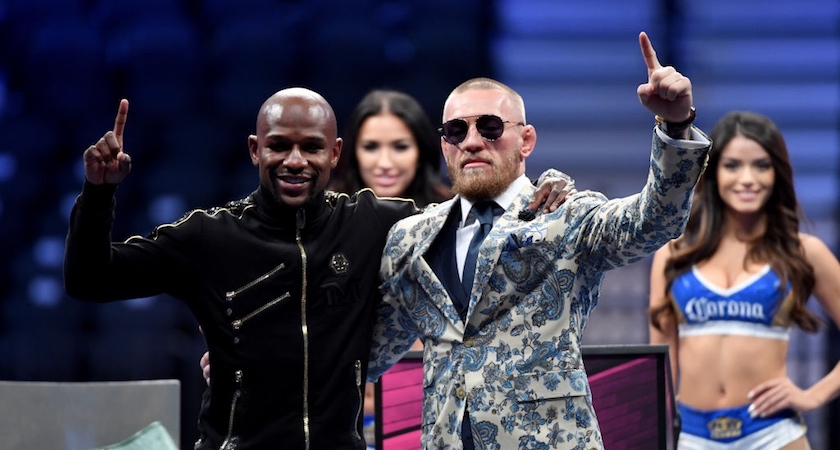 McGregor talked up the idea of the two fighters facing off in the Octagon, claiming an agreement-of-sorts existed between the pair.

“Originally the promise was that I fought him on his terms, and he then fought me on my terms,” he said.

“I know he’s not going to come into my game. But I would love to rematch him under boxing rules again. I have that knowledge and my sparring partners coming forward with that style and see where we go.

“I believe I would win. Actually, there I go again with that fake humbleness. I know I would win.”