UFC PRESIDENT Dana White believes Conor McGregor’s retirement is little more than a negotiation tactic and the Irishman will return to the sport in due course.

The Notorious announced his retirement from MMA on Twitter last week.

"I wish all my old colleagues well going forward in competition.

"I now join my former partners on this venture, already in retirement. Proper Pina Coladas on me fellas!"

However, speaking in an interview featured on UFC.com, White suggested McGregor’s statement was more likely linked to his demand for equity in UFC.

Asked if he thought McGregor had truly retired, White said: “No.” 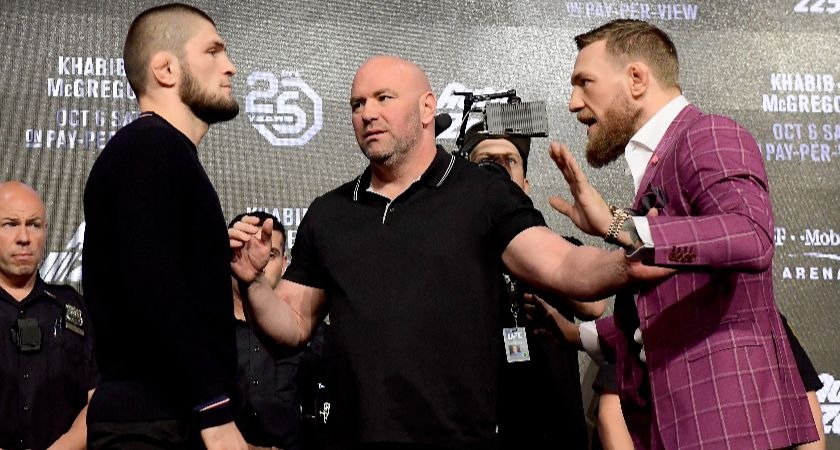 White added that McGregor’s focus is more on money than respect and appeared to squash the idea of the Irishman being given a stake in UFC.

“Listen, who gets respected more than Conor McGregor does? Come on,” he said. “The guy’s never been disrespected, definitely not by me. And he’s got a lot of money too.

“But he’s stuck on this thing where he wants a piece of the ownership and that’s just — if you look at basketball, Michael Jordan didn’t own a piece of the league, and the list goes on and on. Is Conor very valuable to the sport and to the brand, the UFC? Of course he is. That’s a tough one, but I think there’s other ways that we can make him happy.”

“The UFC is gonna be here long after Conor McGregor, long after Dana White, and anybody else,” White added.

McGregor has made no secret of his desire to gain a stake in UFC, having recently challenged Mark Wahlberg to a fight for his shares in the company.