A LENGTHY list of the various items banned from Sunday's papal mass in Dublin's Phoenix Park has been released.

More than 600,000 people are expected to descend on the ticketed event, with organisers warning that Pope fans face walks of up to 14km to get to and from the venue.

Now an extensive list of prohibited items has been released, with deckchairs, mobility scooters and selfie sticks all included.

An 'excessive' amount of batteries, wires, cables or electrical components will be removed before entry while alcohol, glass bottles, and cans, unsurprisingly, cannot be brought in.

While people are welcome to bring their own chairs to the event, which is not seated, some types of seat are prohibited.

Along with deckchairs, all garden furniture, blow up furniture, folding armchairs and shooting sticks stools are banned. 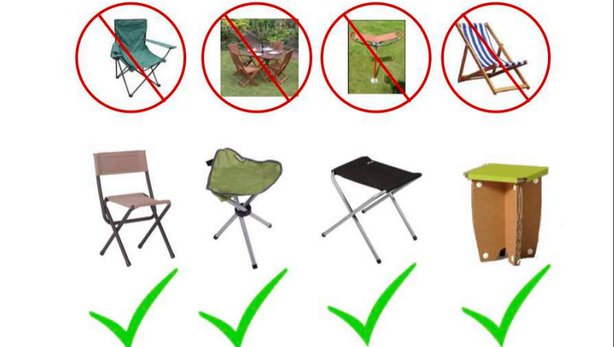 Camping and cooking equipment is also prohibited along with cooler boxes and any picnic containers.

Illegal merchandise and substances are prohibited along with disruptive items like air horns, fireworks and flares, laser/laser pens, smoke canisters, sound systems, spray cans, large chains, and anything that could reasonably be considered a potential weapon.

Registered guide dogs, meanwhile, will be the only animals allowed in Phoenix Park during the mass.

Visitors are encouraged to wear comfortable shoes and to dress for any and all weather possibilities.

They are advised to pack a small folding chair, backpack, sun cream, water and hand sanitiser.

Food and drink will be available in the park along with rest, baby changing and medical facilities.