THE highest-ranking member of the Catholic Church in Ireland has said he is "disappointed" that Pope Francis will not visit the North when he travels to the Republic in August.

Eamon Martin, Archbishop of Armagh and Primate of All Ireland, was speaking after the Vatican released the Holy Father's itinerary for his upcoming visit to the World Meeting of Families in Dublin.

There had been rumours the Pontiff would visit Northern Ireland as part of the trip, but this morning's press conference in Maynooth confirmed he would not cross the Irish border.

Archbishop Martin said: "We were really hoping this might be an opportunity and I think he really would love to come to Northern Ireland but I suppose the pressures of this particular event and all he wants to do for the World Meeting of the families has overtaken that.

"I don't get any sense from those I have been speaking to that the Holy Father is ruling out the possibility of ever coming to Northern Ireland.

"I think there will have to be a specific visit and I hope it will be soon." 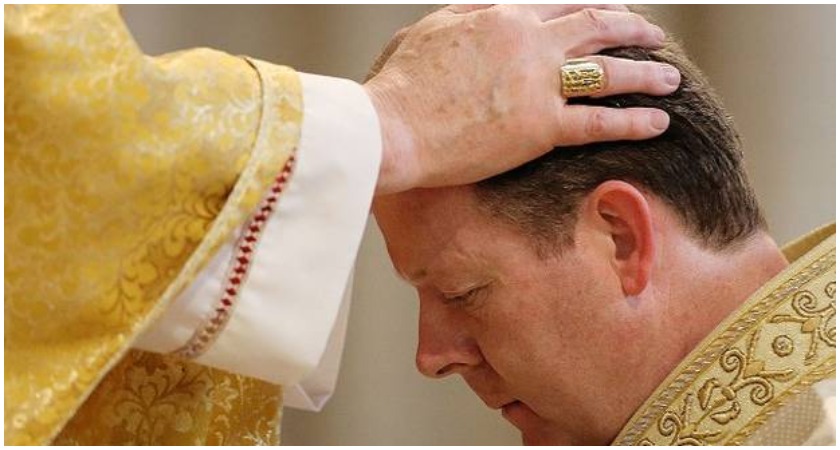 Eamon Martin, Archbishop of Armagh and Primate of All Ireland (Image: Getty)

Today's release of the Pope's official itinerary also revealed he would visit the Knock Shrine in Co. Mayo during his second and last day in Ireland on August 26.

The estimated cost of the Papal visit is around €20 million, and will be paid for by fundraising, the Irish Government and the Roman Catholic Church itself.

Victims of clerical sex abuse are said to be high on the Pope's list of priorities for meetings during his stay.

Also speaking at the launch of the Pope's schedule in Maynooth this morning, Archbishop of Dublin Diarmuid Martin said: "The Pope will meet with various groups.

"In other visits across the world he has met with survivors. Generally speaking, he has met them quietly to respect their anonymity and we'd be looking at the way that can be done.

"There are a wide range of people who are survivors of institutions, of abuse by priests, and of mother and baby homes.

"We'd find a way which the Pope can address concerns of all of those people but we have many meetings".

Archbishop Martin added: "I get five letters a day from people wanting to meet the Pope and certainly victims and survivors are high on the list of priorities.

See the full itinerary for Pope Francis' trip to Ireland below...

08:15 Departure by plane from Rome/Fiumicino for Dublin
10:30 Arrival at Dublin International Airport  and  OFFICIAL WELCOME
10:45 Transfer to Áras an Uachtaráin
11:15 Arrival at the Presidential Residence and WELCOME CEREMONY in front of the main entrance of the Residence
11:30 COURTESY VISIT TO THE PRESIDENT in the Presidential Residence
12:00 Transfer to Dublin Castle
12:10 Arrival at Dublin Castle. MEETING WITH AUTHORITIES, CIVIL SOCIETY AND DIPLOMATIC CORPS and speech of the Holy Father
15:30 Arrival at St Mary’s Pro-Cathedral VISIT to the CATHEDRAL Greeting of the Holy Father
16:15 Transfer to the Day Centre of the Capuchin Fathers in south Dublin
16:30 PRIVATE VISIT to the DAY CENTRE FOR HOMELESS FAMILIES of the CAPUCHIN FATHERS
19:30 Arrival at Croke Park Stadium
19:45 FEAST OF FAMILIES in Croke Park Stadium and speech of the Holy Father.