QUEEN ELIZABETH was as prone to jealousy as anyone else, says actress Claire Foy, who plays the monarch in hit Netflix drama The Crown.

The series returns to Netflix tomorrow, December 8, and features the Queen and Prince Philip hosting American President John F Kennedy and his wife Jackie during their 1961 visit to Britain.

However there appears to be no love lost between the two women, judging by the sneak peek, below.

“The Queen is a very in-control person but at the same time she is prone to jealousy as much as everyone else,” said Foy, who plays the monarch.

The Americans’ arrival in Britain is more akin to that of a celebrity couple rather than a head of state and his wife, and the series suggests this may have jarred with the conservative Queen Elizabeth.

Jodi Balfour, who plays the president’s wife, said: “Jackie Kennedy, who at the time was being celebrated as the most glamorous woman in the world, really pushed those buttons of insecurities."

"It was known that Jackie Kennedy had some pretty critical things to say," added creator Peter Morgan.

Though just how accurate the portrayal of the relationship is in the drama is unclear.

Photographer Cecil Beaton claimed in his diaries that the First Lady was unimpressed by Buckingham Palace and the Queen.

However Prime Minister Harold Macmillan claimed that the dinner at the palace was “very pleasant”, while Kennedy herself made a second visit to Buckingham Palace nine months later without her husband. 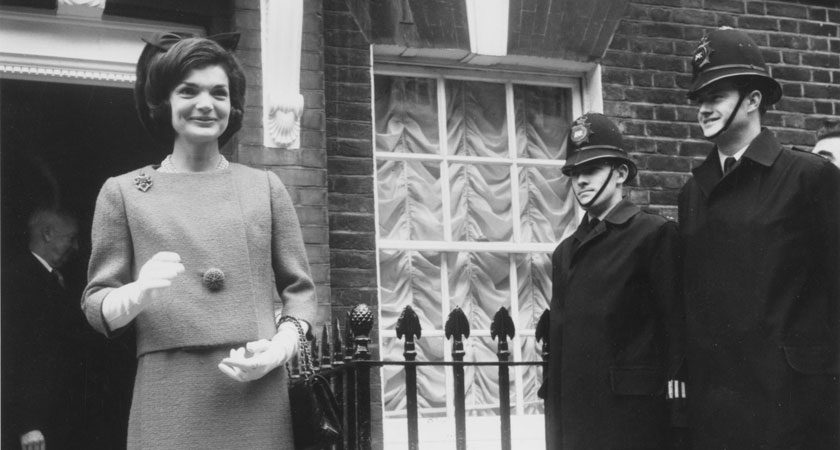 Jackie Kennedy in Britain without her husband to visit the Queen in 1962 (Image: Getty/Hulton Archive)

As well as the tensions between the two women, season two also hints at difficulties in the relationship between the Queen and Prince Philip.

“You married a wild spirit,” the Queen is told of the Duke of Edinburgh, played by Matt Smith. “Trying to tame him is no use.”

Meanwhile the series also charts the difficulty experienced by the monarchy in trying to adapt and remain relevant in a much-changed post-war Britain.

The Crown series 2 is available on Netflix from Friday, December 8