THE CEOs of Ireland's largest companies in many cases earn more in bonuses than in basic pay, according to a new study.

The new research from the Irish Congress of Trade Unions (ICTU) found that a significant number of chief executives earn an average of more than €2million (£1.8m) a year.

The ICTU examined the earnings of the CEOs of Ireland's 20 biggest firms, 12 semi-state organisations and seven large Irish companies in London as part of their study.

With bonuses taken into account, the average total pay in 2016 for the CEOs of the 27 listed companies was €2.1 million compared to €2.08 million the year prior, a slight increase of 1 percent. 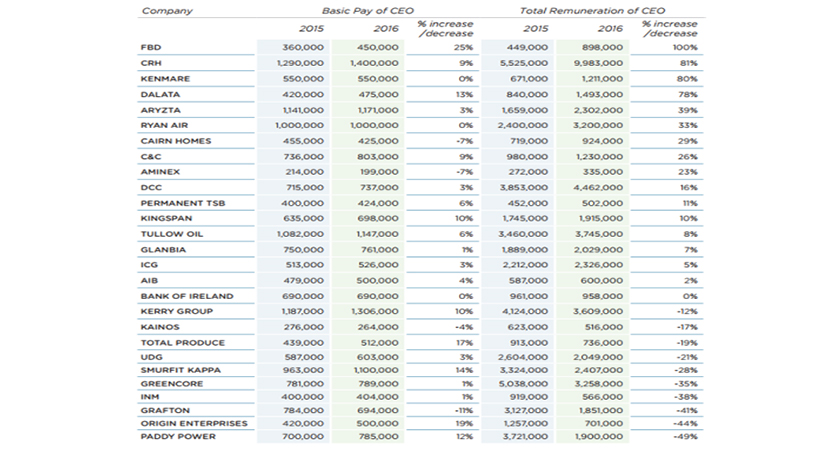 It would take 121 years for an average Irish worker to earn Breen’s top salary in 2016, which was the second highest.

The ICTU said the figures show there is an “extraordinary” gap between top CEO pay and average earnings in Irish firms.

“In our view, if this trend is left unchecked it will inevitably lead to greater levels of inequality across society,” he said.

“To that end we need to see greater transparency and accountability around senior executive pay and remuneration packages.”

You can take a look at the ICTU's findings here.

Irish in Britain CEO will leave the post in September