THE BATTLE of Cable Street is to be commemorated in the same East End streets that played host to the clashes of 80 years ago.

The Irish in London will be making an appearance at a commemorative march on Sunday, just as they did in 1938 when they helped drive the British Union of Fascists out of East London.

On October 3, 1938, Oswald Mosley and his Blackshirt troupe attempted to march through an area of the East End of London with a large Jewish population as part of a campaign of provocation.

But London’s Jews were not left to fend for themselves that day. They were joined at the barricade by numerous trade unionists, Communist Party members and Irish dock workers.

Together, they agitated against the fascists to the famous battle cry of “they shall not pass!”

Chairman of CRAIC (Campaign for the Rights and Actions of Irish Communities) Austin Harney will be in attendance at the commemorative march, which will move from Whitechapel’s Altab Ali Park to Cable Street itself on Sunday, October 9 at noon. 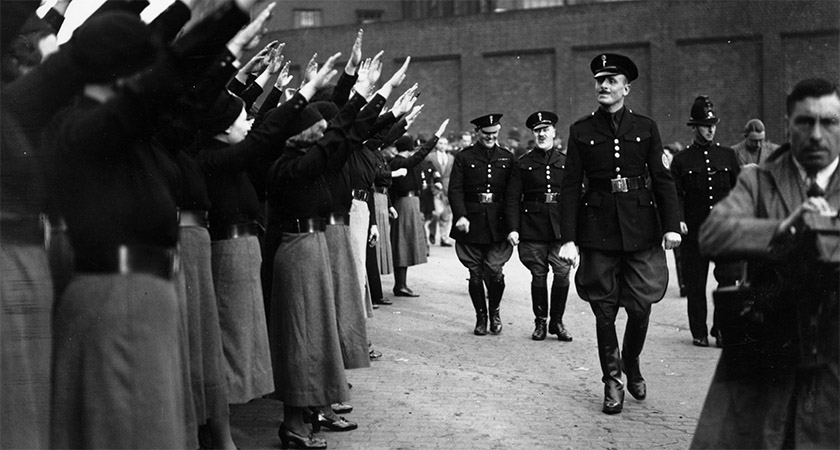 Oswald Mosley inspecting his troupe that day (Picture: Becker/Fox Photos/Getty)
Harney said: “It is important that we have an Irish presence at this event and we will be expecting thousands of other people to attend.

“The Irish played a pivotal role in smashing the British Union of Fascists at the Battle of Cable Street. Not only were the Irish part of the backbone of at least 100,000 counter demonstrators but were to outnumber the BUF by 10 to 1.

“There is every reason to have a proper Irish presence for the 80th anniversary of the Battle of Cable Street 100 years since the 1916 Easter Rising.”

The previous commemorative rally for the Battle of Cable Street came a decade ago on the 70th anniversary of the clashes.

Veterans of the events of October 4, 1936, were in attendance that day just as they will be on Sunday. 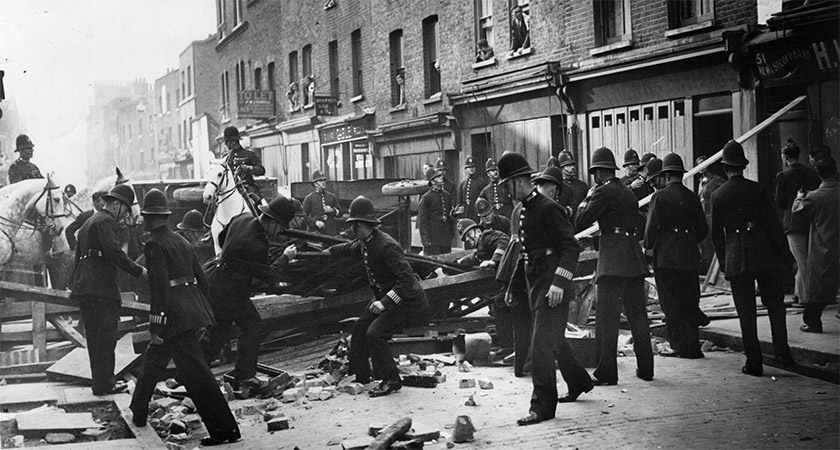 Counter protesters clash with the Metropolitan Police (Picture: Getty/Topical Press Agency)
“I was moved to see bearded Jews and Irish Catholic dockers standing up to stop Mosley,” Professor Bill Fishman, who was there that day, told the rally in 2006.

“I shall never forget that as long as I live, how working-class people could get together to oppose the evil of fascism.”

A photo exhibition depicting the clashes opened last week at the Watney Market Idea Store on Whitechapel’s Commercial Road as part of the commemorations.

The Battle of Cable Street is seen by many as the beginning of the end of popular support for fascism in Britain prior to World War Two.

The Metropolitan Police attempted to divert the Blackshirt marchers through Cable Street to avoid crowds on Whitechapel High Street who had assembled to block their path. 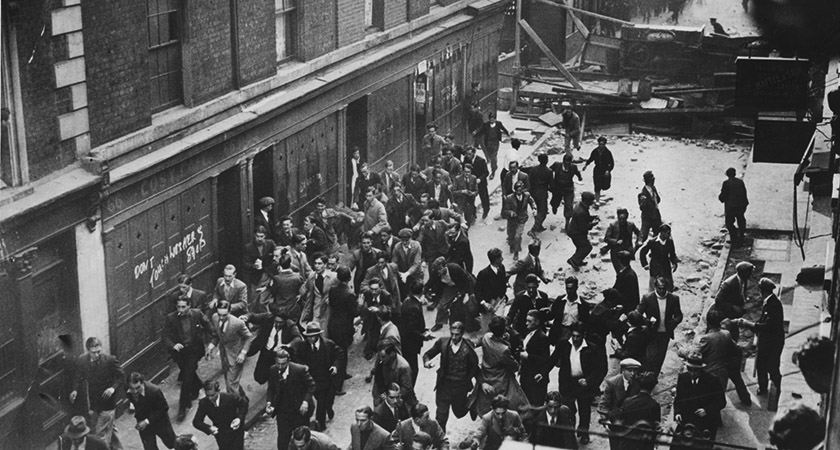 Police decided that it was too dangerous to allow the Blackshirts to continue on through Cable Street as part of their provocative march and Oswald Mosley was ordered to turn back.

The thousands of Jews, trade unionists, communists and Irish workers who assembled that day nailed the coffin of British fascism and ensured their place in history forever as the Battle of Cable Street’s victors. 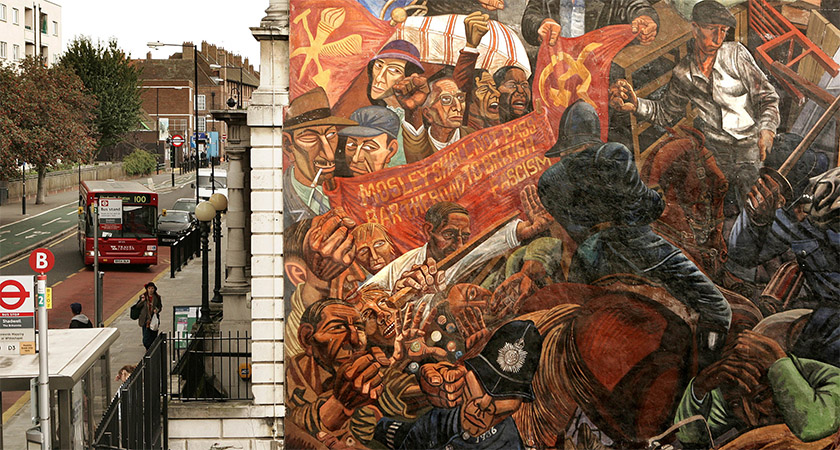 Find out more about the commemorations here.