With large parts of the UK set to enjoy warm weather next week, it looks like Ireland could also be getting in on the summery action.

In a post on its website today, Met Éireann predicted that temperatures will soar next week to "above normal" levels for mid-April.

This is thanks to the prediction of a strong southerly flow which has already been dubbed the 'Spanish wind'.

Met Éireann said: "Current indications for early next week are that a strong southerly flow will develop giving above normal temperatures for the time of year but with changeable weather."

Ireland's national forecaster does not publish long-range forecasts, but the UK Met Office are predicting that temperatures will exceed 20c from Sunday. 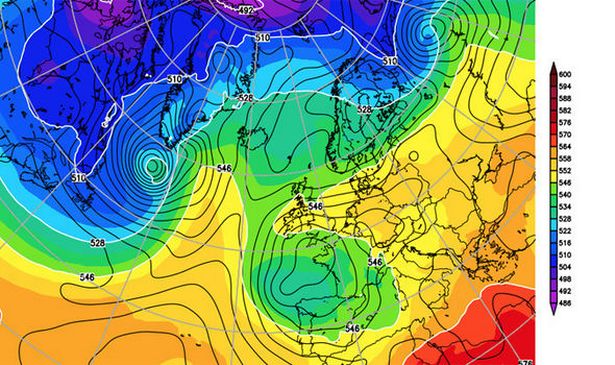 But don't be getting the flip-flops out just yet.

While Britain will be basking in positively sweltering weather next week, it's not known for certain if Ireland will enjoy similar temperatures – although it's likely given our proximity to the UK.

As for the rest of this week, Ireland is set to experience mostly mild weather with temperatures gradually rising towards the weekend.

"On Thursday, a few bright or short sunny spells will develop, but a good deal of cloud overall," Met Éireann said. "Top temperatures of 9 or 10c, in the east and northeast, but between 11 and 14c in more western and southwestern areas. East to northeast winds will be light to moderate in strength.

"Overall there will be a lot of dry weather, just a few showers on Friday. Afternoon highs of 10 to 14c, highest in western areas again in light mostly northeast or variable breezes.

"On Saturday, there will be sunny spells and again just scattered showers for most of the day. However, rain is set to move into southwestern areas later in the day, with fresh to strong southeast winds. Highest temperatures of 11 to 15c.

"Sunday is looking breezy with further outbreaks of rain across the country and temperatures between 10 and 13c at the highest."