DUBLIN, IRELAND - NOVEMBER 12: Cian Healy of Ireland (3rd L) takes part in the Captain's Run ahead of the Vodafone Series match between Ireland and New Zealand at the Aviva stadium on November 12, 2021 in Dublin, Dublin. (Photo by Charles McQuillan/Getty Images)

IRELAND'S PREPARATION'S for tomorrow's Test against New Zealand have been hit with a Covid scare. 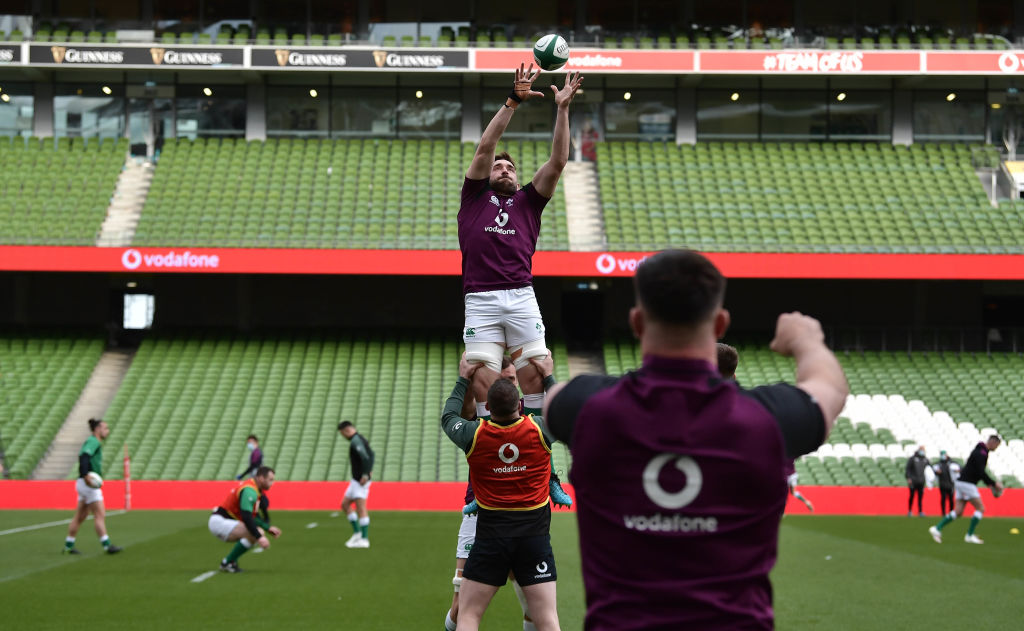 "A potential positive case has been identified in one person via the latest PCR testing carried out on the Ireland squad," a statement from the union read.

"Additional testing is being undertaken to establish if this is a false positive.

"The lateral flow testing returned no positives and the PCR results are expected later today."

The press conference that was scheduled for this afternoon at the Aviva Stadium will now be held remotely, they added.

Connacht hooker Dave Heffernan has been placed on standby, while the Irish Independent reported starting hooker Rónan Kelleher is present at the captain's run at the Aviva.

That alongside Iain Henderson’s promotion from the bench and Tadhg Beirne’s relegation to the replacements were the only changes to the match-day 23.

It remains to be seen if there are any further potential positive cases or proven close contacts, but Ireland may well be forced into further changes now.

Earlier, England forward Ellis Genge was ruled out of Saturday’s clash with Australia after coming back positive.

📄 A potential positive Covid-19 case has been identified in one person via the latest PCR testing carried out on the Ireland squad ahead of tomorrow's game against the All Blacks.