Ireland's Wimbledon stars throughout the centuries

WIMBLEDON is a staple event in the sporting calendar, with more than 17 million tuning in to watch the final last year.

Despite the scale of the tournament, the Irish have been poorly represented in its almost 140 year history.

We had a quite promising start in the early years of the annual summer event - though Irish players were playing for Britain at this point, prior to Independence.

But as we entered the 20th century, there would be a long gap before an Irish player would take to the famous Wimbledon courts again.

However, the quintessentially British sporting event has had some Irish highlights, we’ve even had some winners.

Let’s go back to Wimbledon’s early years to begin… 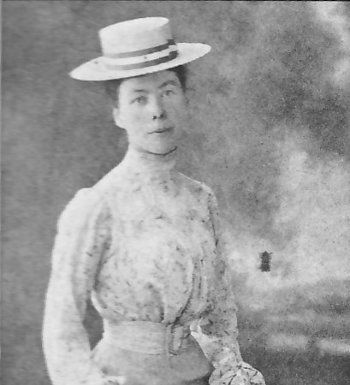 Ireland’s very first (and so far only) female winner of Wimbledon was Tipperary woman Helena Rice, better known as Lena.

Growing up in New Inn, Tipperary, Lena and her sister would play tennis in the lawn behind their two-storey Georgian home.

It started out as a hobby but Lena was soon showing promise in the sport.

In 1890, after an unsuccessful 1889 at Wimbledon, Lena returned to the famous courts in London.

This time, she emerged victorious and claimed the women’s singles title – beating all of the other three competitors in the process. 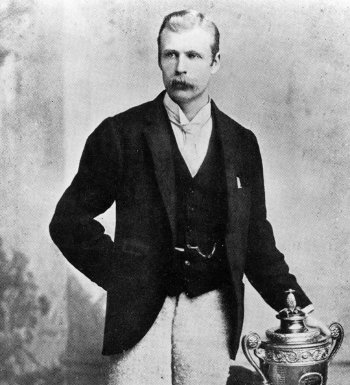 In 1890, an Irishman also managed to take the men’s title, making it a double for Ireland.

Despite his decidedly British sounding name, Willoughby hailed from Monasterevin, Co Kildare, and was based in Ireland for his entire life, eventually passing away in Dublin in 1943.

Willoughby just about pipped Lena Rice to the post to become the first Irish tennis player to win Wimbledon, though she emulated his success not long after.

Aside from his tennis career, Willoughby was also a talented soccer player, playing for the Irish national team against Wales in 1885 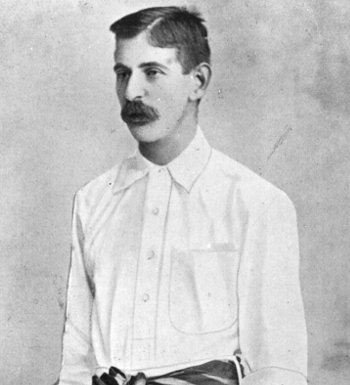 Dr Joshua Pim tended to his patients by day and would take to the tennis courts in the evenings.

His hard work paid off – he managed to make it to four consecutive men’s singles finals at Wimbledon from 1891 to 1894.

Unfortunately, he had stiff competition from his British rival Wilfred Baddeley and lost out two years in a row in 1991 and 1892.

Never one to shy away from a challenge, Joshua went back to the training courts, beating Baddeley in the 1893 and 1894 finals.

Aside from his work on the court, he was also descended from the Quaker family that introduced the Pimm’s "fruit cup drink" – which is now widely associated with the Wimbledon tournament. 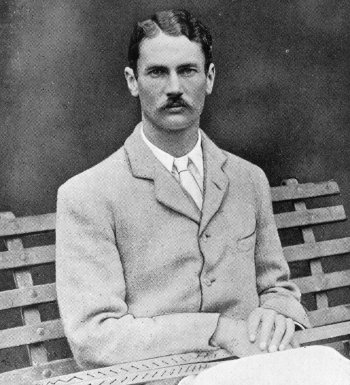 The same year of Lena Rice’s triumph was a low point for Kerry man Harold Mahony, who was knocked out in the very first round of Wimbledon.

Undeterred, Harold went back home to Dromore Castle in Templenoe where he trained on a purpose-built tennis court.

His hard work paid off – Harold came back to Wimbledon in 1896 and claimed his victory at last, beating Britain’s Wilfred Baddeley in five sets.

Harold is the third and last Irishman to win Wimbledon – and was our last representative at the competition for many years. 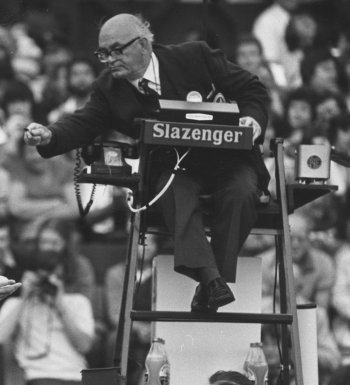 An umpire in the 1980 Wimbledon tournament. Picture: Getty Images

Things began to look up again in the 1970s and 1980s, when Irish hopeful Sean Sorensen qualified for the tournament.

Sean was the first Irishman to appear in the main draw of a Grand Slam in the Open Era.

While it was exciting times for Irish tennis fans, Sean unfortunately failed to emulate the success of his 19th century counterparts.

Sean was knocked out of the 1977 Wimbledon tournament in the opening round, losing out to former world number one Rod Laver.

He returned three years later but  in 1980 was not to be.

He was once again knocked out in the opening round, this time against France’s Patrice Dominguez.

Unfortunately, Sean seems to have avoided the Wimbledon photographers in his biggest years. 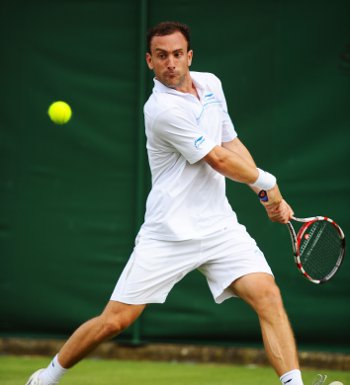 Our most recent competitor was Conor Niland, who took to the famous Wimbledon courts in 2011.

Unfortunately, Limerick man Conor, who was born in Birmingham, failed to progress past the first round.

Niland was our best hope for years though, with all of Ireland rooting for him as he took on Frenchman Adrian Mannarino, losing in five sets.

Niland's triumph in qualifying for Wimbledon marked the first time in 31 years that an Irishman or woman achieved this feat - and he could well have been the next big thing in Irish tennis had he not been forced into retirement because of a recurring hip injury at the age of 31.