THE OWNERS of a DIY store in Ireland are still reeling after a car crashed through the front of the shop leaving devastation in its wake.

Clarke Decorate in Co Armagh took to Facebook to share pictures of the shocking aftermath that followed the accidental crash.

The shop, located on Sketch Street in Armagh, was transformed into a scene of utter destruction following the incident which occurred at around 4pm on Sunday, October 27.

Shocking pictures posted to Facebook showed the sheer chaos and destruction caused by the car with dozens of cans of paint spilled across the floor, walls and shelves. 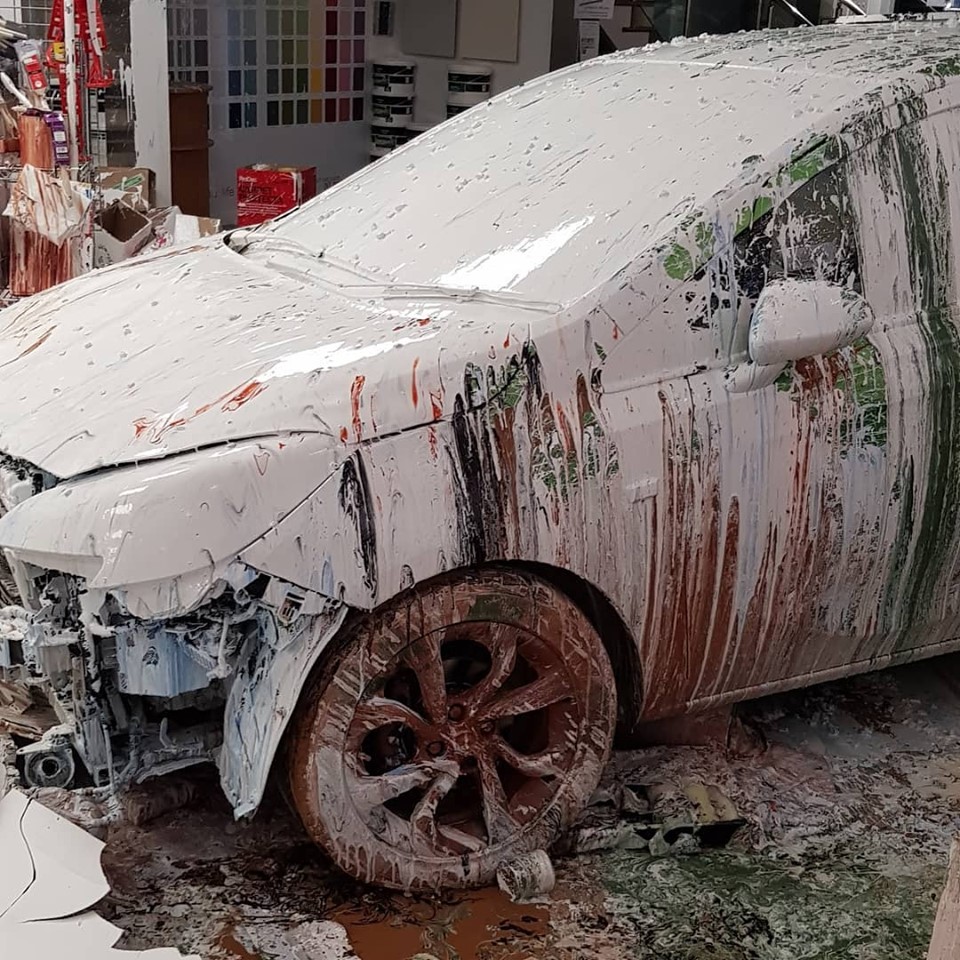 The damage is likely to run into the thousands with many products left either destroyed or completely unusable as a result of the smash.

Thankfully, Clarke Decorate were able to see the funny side in the utter destruction caused.

Writing on Facebook alongside the pictures chronicling the chaos left behind, a spokesperson for the DIY retailer quipped: "Clarke decorate now specialising in car paint jobs. 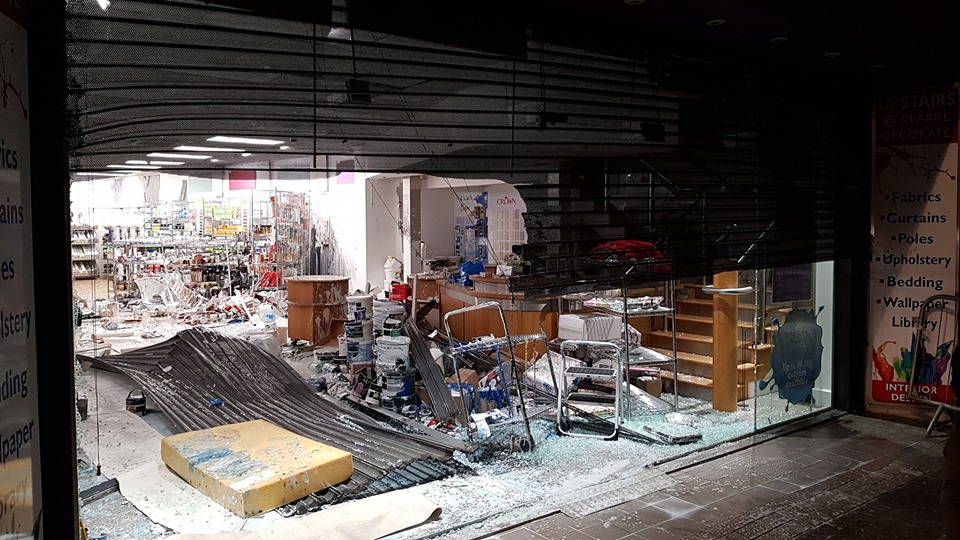 "We do hope the gentleman driver makes a full recovery.

"Everything in the shop can be replaced. #nightmare #painteverywhere #whatamess #decorating."

"Dont really know where to start or when we can," they added. "Walls, floors and ceiling are all ruined."

The shop's owners later posted an update explaining the situation and status of the stricken driver.

"Just an update for you all. The gentleman in the car had got out at the scene and he was taken to hospital to be checked and he was released last night.

"The shop will be closed for the next few weeks. We hope to open a temporary shop however on Thursday."

The shop’s owners have now begun the long and arduous task of attempting to clean up the mess left behind.

Few will envy the task that lies before them.