THE Irish Post Awards 2015 will return to the London Hilton on Park Lane on October 23.

This glittering evening offers the opportunity for The Irish Post to recognise and honour the achievements of a group of remarkable people across several industries in the Irish community.

Each of the award recipients shares a resolute desire to succeed along with an enterprising spirit and a passion for Ireland and this is embodied in the Award categories.

Last year’s event saw 700 key business people from across Ireland and Britain grace the Grand Ballroom at the prestigious Park Lane hotel for the highly-anticipated event. 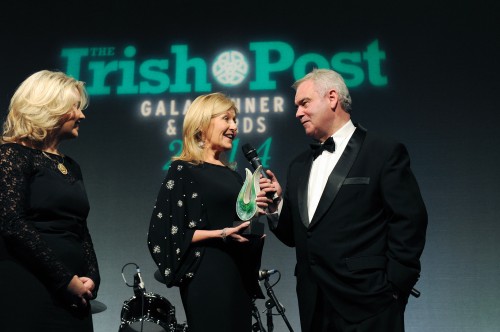 Louise Kennedy receives her Award for Company of the Year. Picture by Malcolm McNally

Sean Mulryan, Chairman of Ballymore Group, received the Outstanding Contribution to Business in Britain Award for the influence he has had on the property and construction industry across the country.

Sir David McMurtry took away the Technology Award and Louise Kennedy’s successful career was acknowledged with the Company of the Year Award.

Also in attendance was Arsenal and Republic of Ireland legend Liam Brady to receive the Outstanding Contribution to Sport in Britain Award.

The Irish Post also established a special Community Award which recognised the contribution of Michael Forde, Chairman of the Irish World Heritage Centre in Manchester, to the Irish community in Britain. 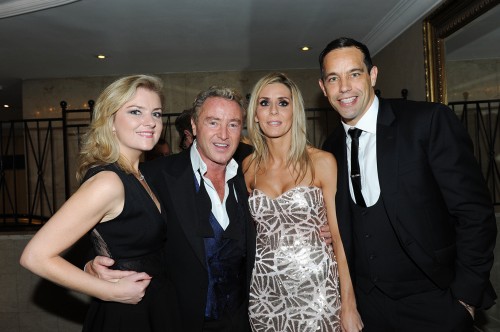 Anticipation has already started to build for the 2015 event this October.

Renowned British Broadcaster Eamonn Holmes will once again act as Master of Ceremonies on the evening.

The event is the ideal opportunity to network and celebrate the outstanding achievements and success of the many Irish in Britain, as well as being the highlight of the Irish social calendar here in Britain.

For more information on sponsorship opportunities or to book your table contact Sarah Murphy on 020 8900 4159 or email [email protected]://http://irishpost.co.uk