AN IRISH pub in New York has paid a heartwarming festive tribute to a former employee who passed away earlier this year, by constructing a Christmas tree made out of Jameson whiskey bottles.

Roz Hickey was a regular fixture at Shamrock Jack’s Irish Pub in Irondequoit, New York, for well over a decade, working her way up from bar tender to manager.

Christmas was a special time of year for Roz, who regularly took charge of Shamrock Jack’s festive decorations, coming up with colourful and highly creative ideas to help get everyone in the spirit of things.

Two years ago, Roz hit upon a novel idea inspired by Mark Petzing, the pub’s owner, who had just returned from a trip to Ireland.

While visiting the Emerald Isle, Mark had come across a chandelier made entirely out of Jameson whiskey bottles. He took a picture to share with Roz back at Shamrock Jack’s.

That’s where it began, with Roz spending the next two years collecting somewhere in the region of 800 empty whiskey bottles with a view to constructing her very own Jameson Christmas tree. 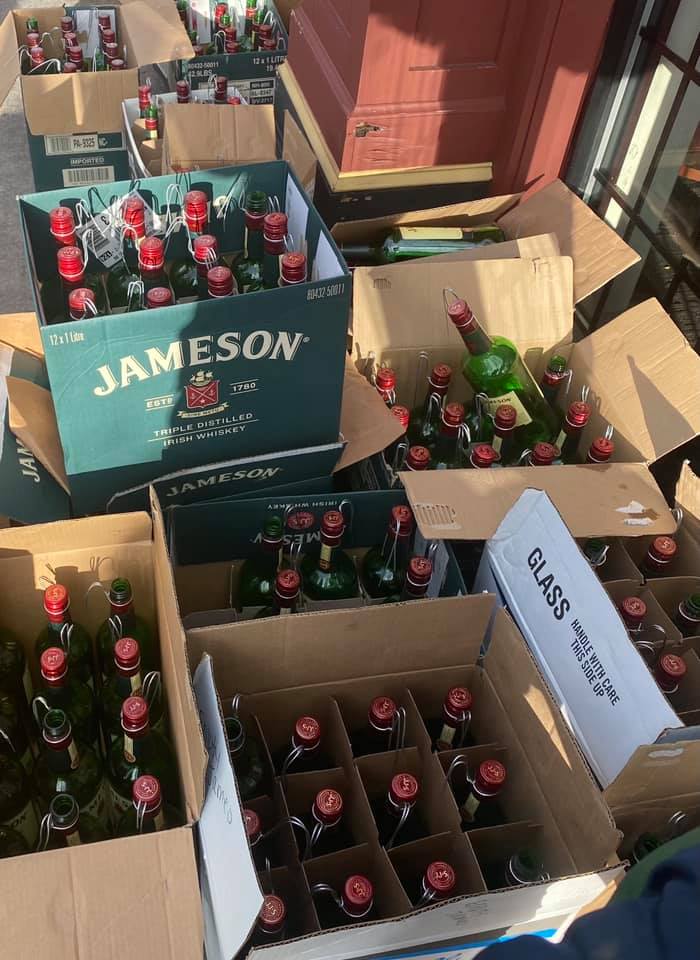 However, Roz never got to see her dream realised.

While the coronavirus pandemic hit Shamrock Jack’s hard, matters were made worse a couple of months ago when, out of the blue, Roz died suddenly.

A beloved co-worker and friend, the tragic loss of Roz left many at the Irish pub reeling and plans for the tree were initially put on hold. 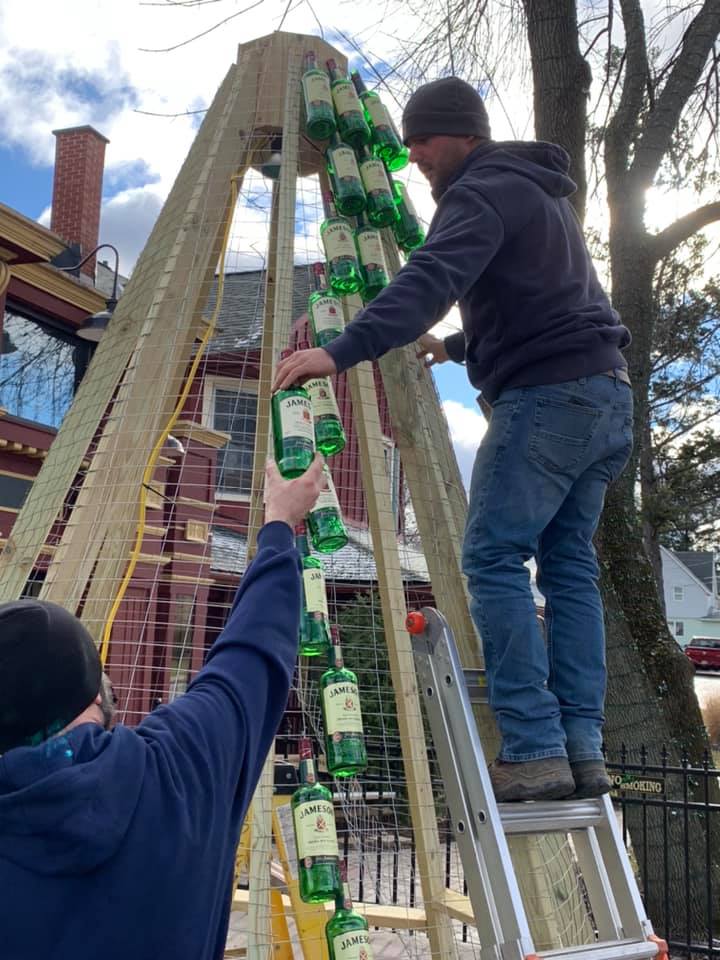 However, Mark knew Roz would have wanted them to continue on with the project – it was the way she was with everything at the pub, a constant source of inspiration and motivation.

So, with the help of a few staff members and a local construction company Bullis Construction Group LLC, Mark set about bringing Roz’s dream to life.

First, a wood-and-wire tree-shaped frame was created to hold the bottles. 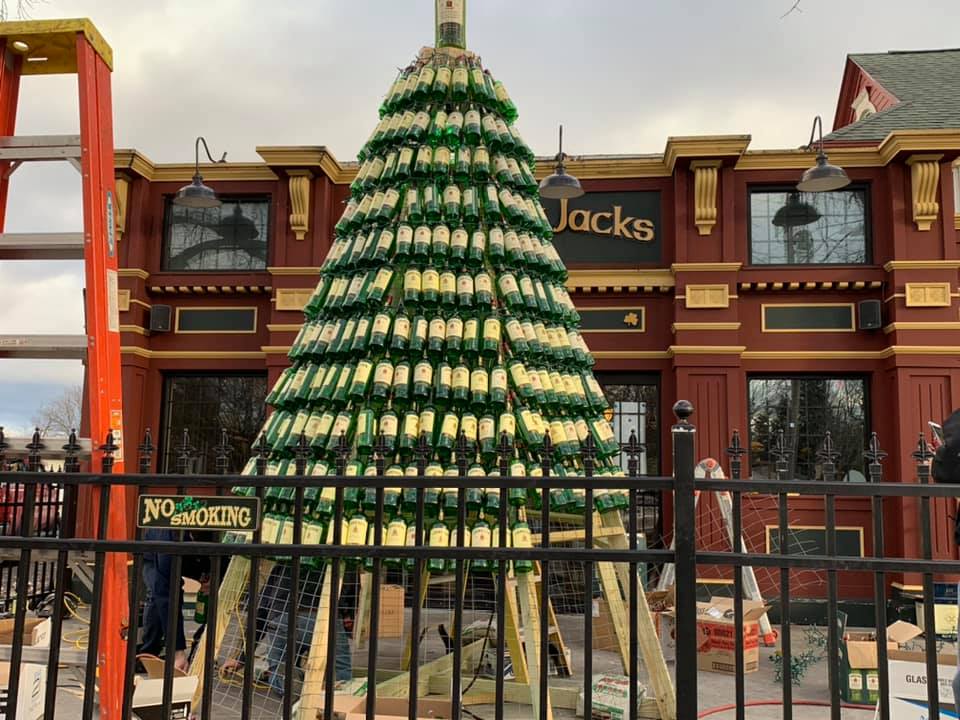 Then it was just a case of fitting the 800 or some Jameson containers onto the “tree”, which was no mean feat. The whole thing took around nine hours to construct.

It was all worth it though. Standing at 15 feet tall and protected by a railing, the Jameson Christmas tree comes with the added bonus of being illuminated by a green floodlight as well as string lights.

The perfect tribute to Roz, it now stands not only as a monument to her life and legacy but also as a testament to the spirit and togetherness that exists at this humble Irish pub even in the face of such testing times. 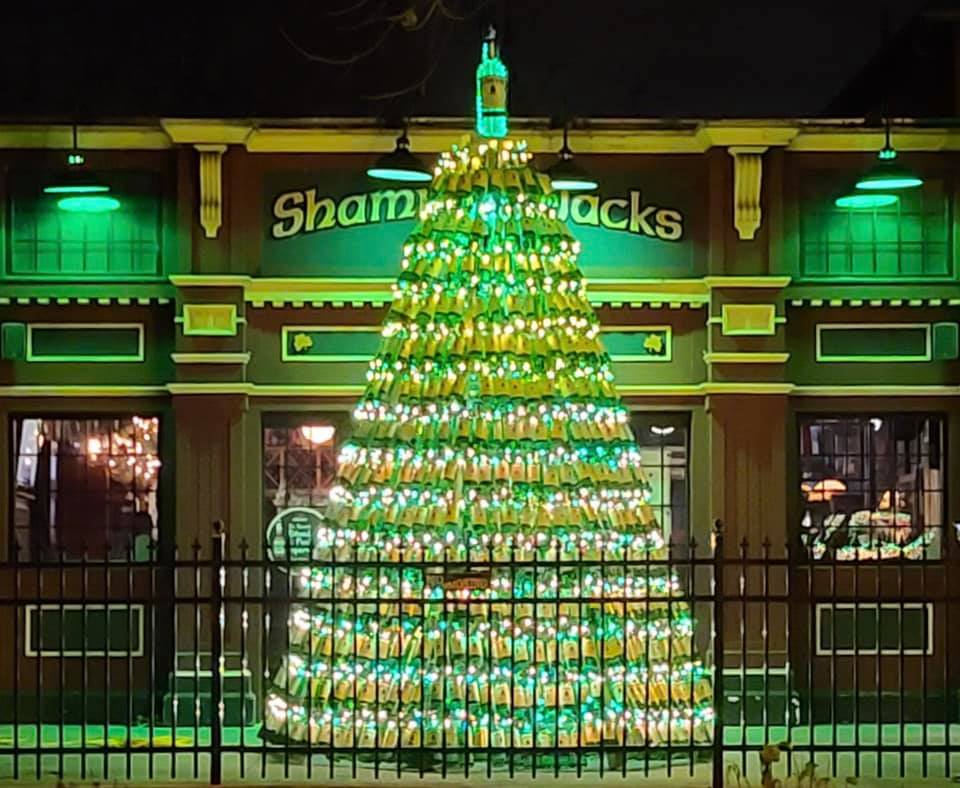 Paul Rudd Has A Secret Irish Pub With Guinness On Tap