“FAIR play to you Joe, you were an inspiration.”

These were just some of the words from celebrant Fr Patrick Holleran’s homily during Joe Roarke’s Requiem Mass in Ireland on Saturday.

A packed St Joseph’s Church in Coolaney, Co. Sligo saw mourners – including relatives from Birmingham and Joe’s native Mount Temple in Co. Westmeath – pay their final respects to one of the greatest figures in Warwickshire GAA before he was laid to rest in the shadow of the Ox Mountains.

Such was the level of esteem Joe was held in, both in his adopted home of over 20 years in Co. Sligo, where he spent his summers with his Sligo-born wife Bea, as well as in Birmingham, where he lived since 1958 and passed away at the Marie Curie Hospice, Solihull on January 17.

Saturday’s funeral service was the third and final part of a send-off for an Irishman who could only be described as a truly remarkable gentleman. 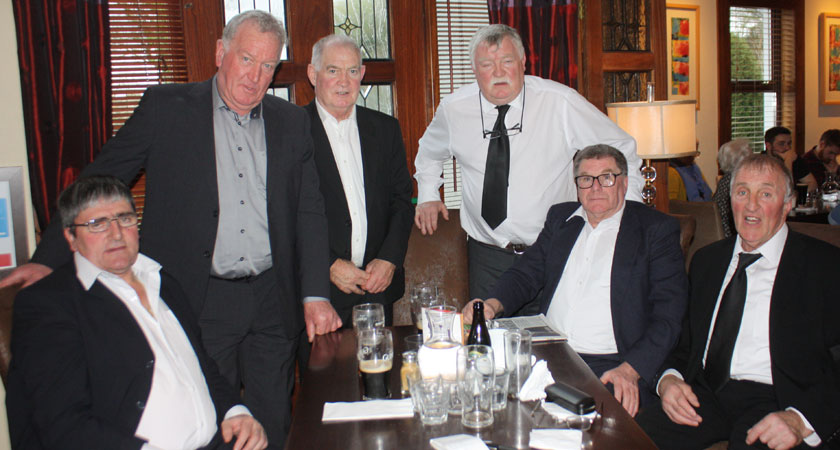 Some of Joe’s many friends who made the trip for his funeral included Mick Lyons, Jim Ryan, Larry Moore, Con Cunningham, Eamon Lacey and Louis Moloney (Image: Larry Cooney)

The bi-lingual service, with music by local singer Christy O’Grady, began with Joe's niece Margaret Gately presenting the celebrant with the red jersey of Joe’s home club of Caulry and also the white jersey of Warwickshire.

In his skilfully-crafted homily, Fr Holleran summarised Joe’s life under two categories – his memory and also his gift of faith and devotion to God.

Since his passing last month, many people have paid tribute to Joe’s GAA legacy, especially in the Midlands of Britain.

Few could argue, especially among the greater GAA fraternity, that he left many great memories, beginning with his own club in Caulry GFC in Mount Temple before deciding to emigrate and join his sister Mary in Birmingham in 1958.

He played with Tara before establishing himself as a top administrator in the game at Provincial Council level, overseeing major developments in Warwickshire GAA over the past five decades.

After serving at club level, he was elected County PRO and finally County Secretary before finally being elected Provincial Secretary for over 20 years until 1999.

He was also a major promoter of underage GAA in the Midlands, encouraging and pioneering the introduction of Gaelic games into primary and secondary schools in the Midlands.

But perhaps it was the opening of Páirc na hÉireann in October 1989 that would have given the late Joe Roarke his greatest satisfaction.

Until then, Warwickshire GAA had played its fixtures mainly on council-owned pitches in Glebe Farm.

But Páirc na hÉireann become an important hub for Gaelic games in Britain, never better reflected than with the introduction of the Third Level Colleges competitions in the early 1990s.

The many friends of Joe Roarke who gathered on a sunny but cold morning in Co. Sligo to pay their final respects to him also agreed with the sentiments of the celebrant who described him as a friendly and warm individual. 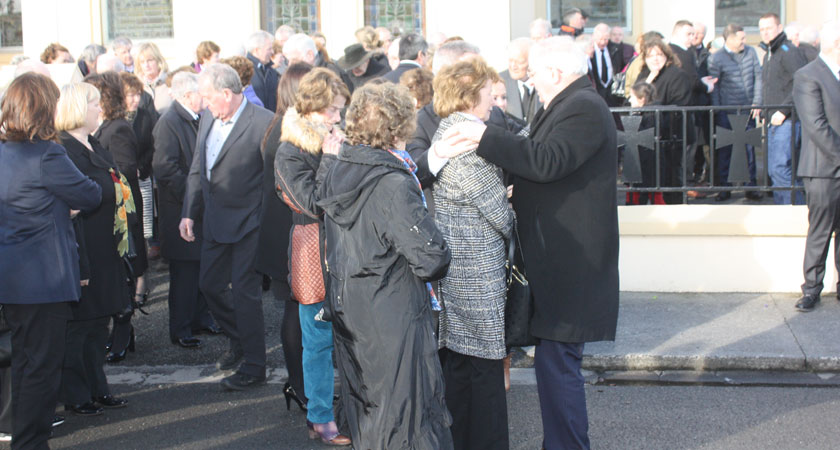 He was the ultimate ‘people person’, neatly summarised under the three ‘Fs’ – friendship, family and football.

Joe Roarke, predeceased by his brother Seamus, is survived by his wife Bea and son Joey, sisters Mary (Birmingham) and Rosaleen and brothers Ned, Jack (Mount Temple) and Willie (Thurles), as well as his sisters-in-law, nieces, nephews, relatives, friends, neighbours and his many friends in the GAA.