Adidas Originals launched a new style of trainer and people have lost the run of themselves.

'Dublins', the latest trainers in the Adidas Originals collection, are limited edition and limited in sizes if the reaction online is anything to go by.

Grown men and women queued for hours outside retailers in order to bag a pair of the new shoe, with the most dedicated of trainer aficionados camping outside stores 24-hours in advance.

Dubs in Dublin queuing for Dublins...

So, what's all the fuss about?

The Adidas Dublin is a "return of one of the most coveted shoes from the infamous City Series" according to advertising material: 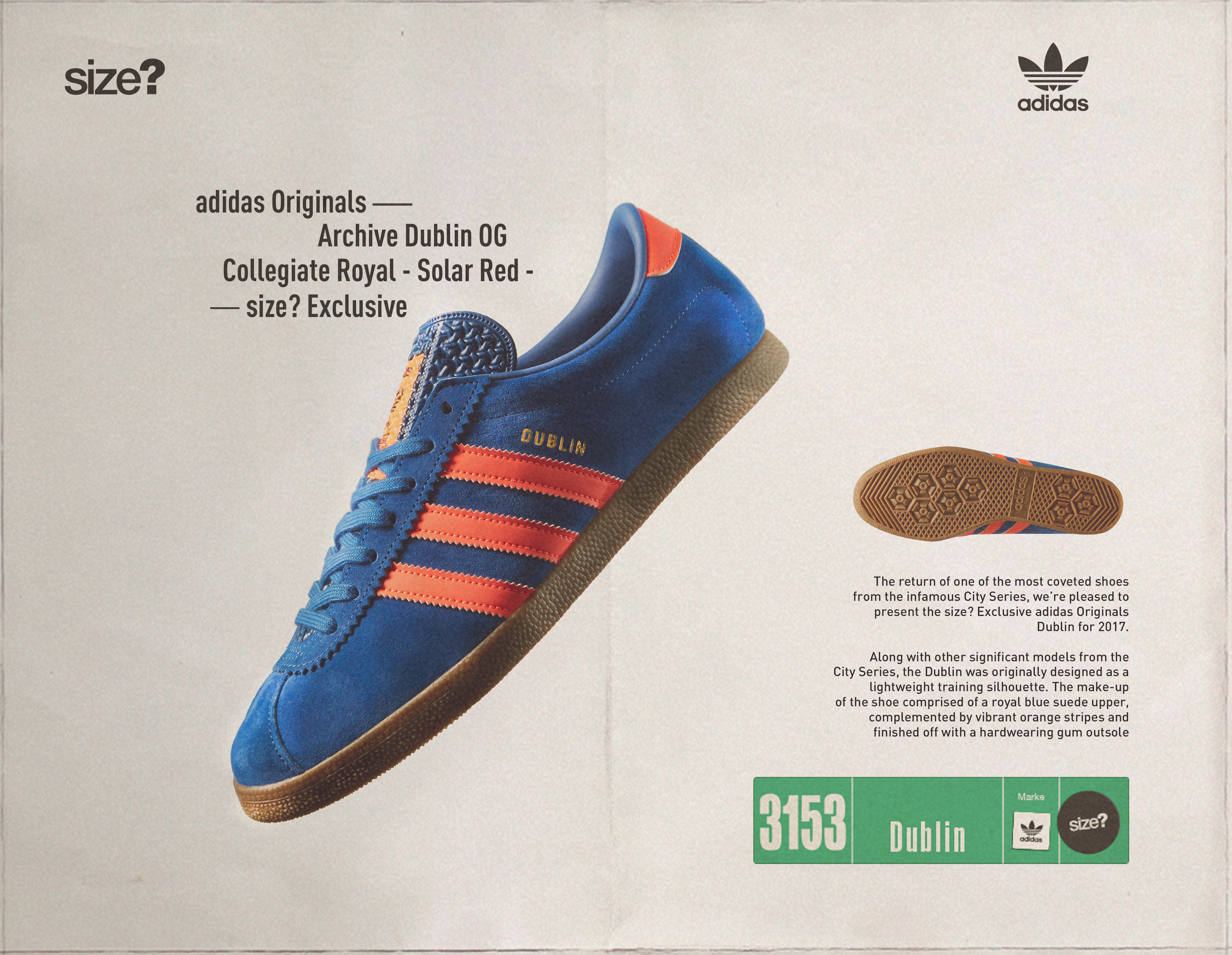 "The Dublin shape itself was also replicated for the London, Koln, and Berlin releases.

"The three key elements to the Dublin are the smooth suede upper, dyed in a deep royal blue, the vibrant orange stripes".

A pair of Dublins will set you back £85, however, some have surfaced on eBay shortly after release for a cool £400. I'm no mathematician but that's a mark up of at least 4.71 per cent.

9 long hours queuing in the freezing cold. But finally got my hands on a pair of Dubs. #AdidasDublin pic.twitter.com/PhSLvX3yGI

Some guys have all the luck...

Imagine queuing outside a shop for 48hours to find out some idiot like me got them in 30 seconds sat on the bus? #adidasDublin

The early guy catches the Dublin...

A cold morning in Hull...

Been at @sizeofficial Glasgow since 17:30, Manchester queue is madness! #adidasdublin

There's eager, then there's this...

Only in #Manchester - men queuing outside Size for the release of #adidasdublin at 8.00 tomorrow pic.twitter.com/wHoVIc25c2