RYANAIR has reported its lowest profit in four years, with the Irish low-cost carrier blaming a fall in air fares on the back of "negative Brexit developments".

Average one-way ticket prices fell 6% to €37 (£32.30) over the same period, while overall passenger numbers at Europe's largest discount flier rose by 7% to 139 million.

The airline's staff bill rose by €200m – including a 20% pay increase for pilots – and it paid out €50m in compensation due to air traffic control strikes and staff shortages. 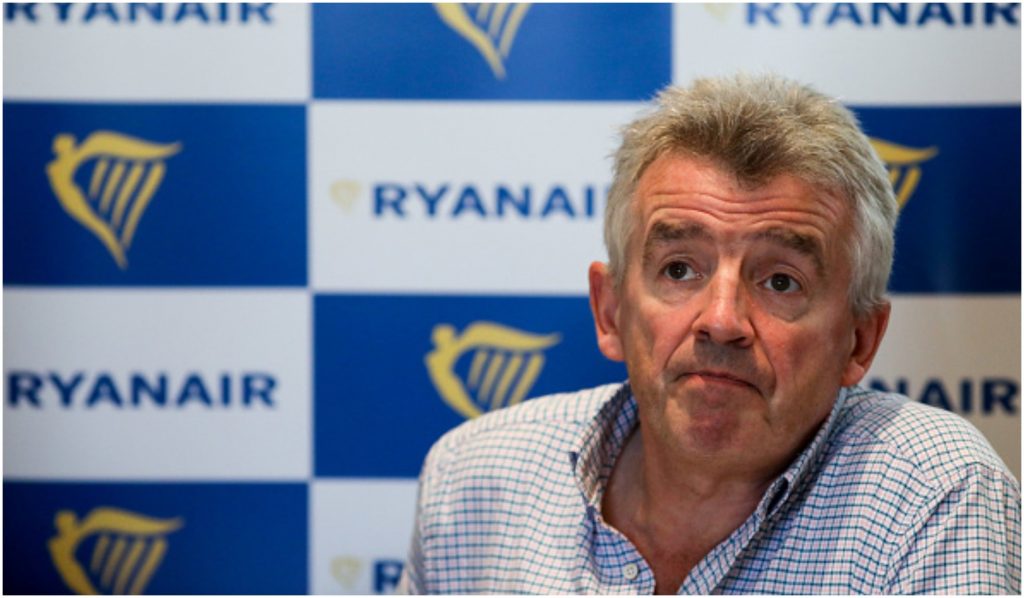 Ryanair chief executive Michael O'Leary said consumer nervousness over Brexit could drive ticket prices down once again by up to 2% this year, but predicted that "artificially low" fares will eventually begin to rise again.

"There is a later booking pattern and we're having to stimulate bookings with lower air fares," he said.

"Frankly, if we are in a period where there's going to be attritional fare wars for a year or two that's good for Ryanair... but profits will suffer for a year or two and I think that is what our shareholders should expect.

"[Ticket prices] will begin to rise again because they are artificially low at the moment".

Ryanair issued a further "cautious" profits warning for the next year, predicting another drop to between €750m and €950m by March 31 2020.

Shares in the budget airline fell by 6% this morning after it revealed its fall in profitability by almost a third.