Have you seen Kevin McGrath? Appeal for man missing from his home since October

KEVIN MCGRATH has been missing from his home in Rahoon, Galway, since 11th October 2019.

An unconfirmed sighting reported that the 63-year-old was seen in Eyre Square in Galway city on October 27th but there have been no sightings since.

Mr McGrath is described as approximately 5ft 10" tall, of slim build, with blue eyes, grey hair and a grey beard. It is not known what Mr McGrath was wearing at the time of his disappearance, however he has a defining feature in that his bottom front teeth are missing.

Originally from Lisburn, Co Antrim, Mr McGrath has lived in Galway for 35 years and so has a mix of accents. Mr McGrath could be anywhere in the country as he may be making his way towards Northern Ireland, and everyone in Ireland is urged to keep an eye out for him. 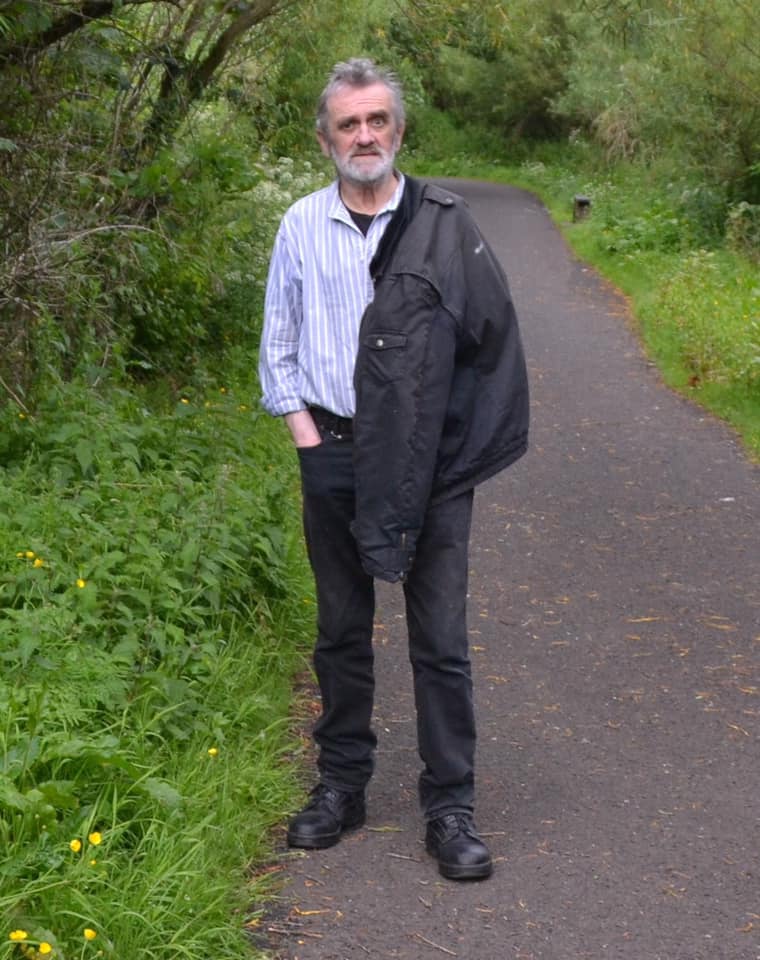 Both Gardaí and the family of Kevin McGrath are extremely anxious to locate him, and gardaí have asked anyone with information to call Galway Garda Station on 091 538 000, the Garda Confidential Line on 1800 666 111 or any Garda Station in the country.

The Galway community and the family of Mr McGrath have also launched a social media appeal in the hopes that someone may have seen him.

A post by Mr McGrath's daughter Claire stressed that the sighting in Eyre Square on October 27th was unconfirmed, and urged people to contact Gardaí if they believed they may have seen him somewhere before that date "as the Guards will not carry out an official search unless they receive further leads". 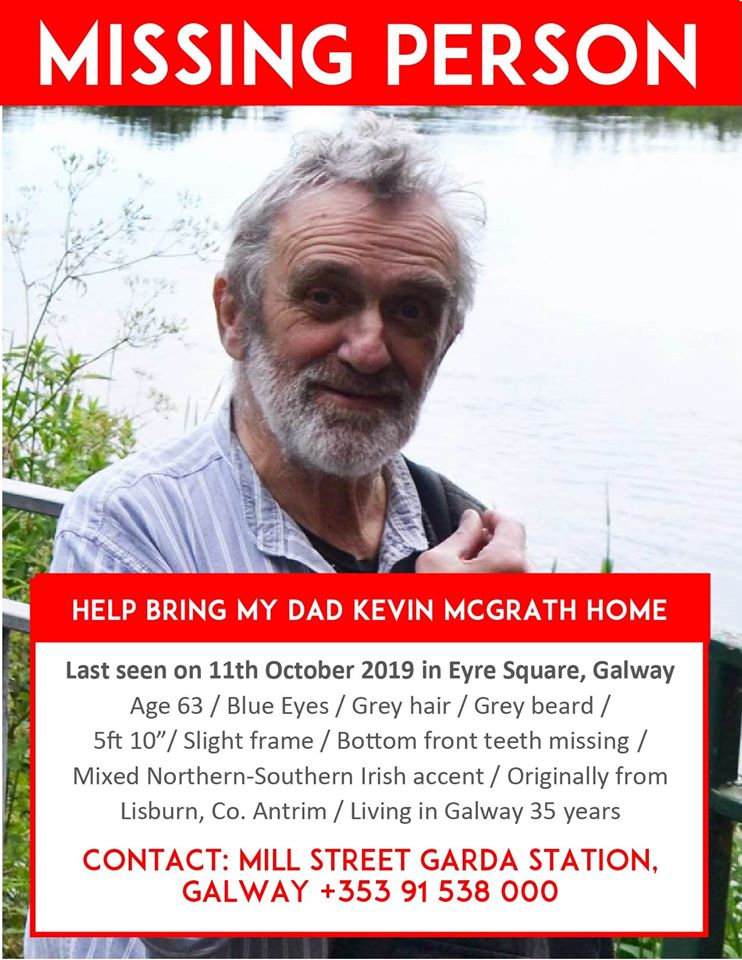