Reminiscent of when everyone worshipped Robbie Brady after his win for Ireland in the Euros in 2016, memes and murals of the young sports star have been cropping up in the most unlikely of places.

The newest addition to the outpouring of love for the Westmeath native appeared today in a residential area in Ireland, shared by Councillor Shauna Cusack: a handwritten sign held on by string, turning Lowrys Lane into Shane Lowry’s Lane. 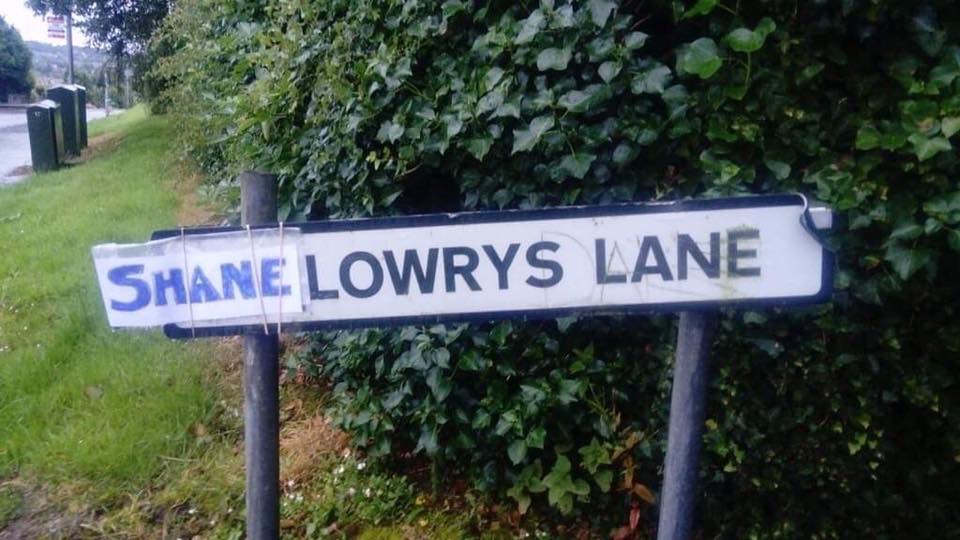 When the Irish love, they love fiercely-- we give it a day before a petition starts circulating to officially change the name of the lane.

Fair play to whoever did this—harmless Irish humour at its best.

The 'renaming' came a day after Offaly champion was filmed belting out a rousing version of “The Fields of Athenry” to a busy pub.

Best of all, he performed this little ditty while carrying the much-cherished Claret Jug trophy in his hand.

Lowry would be forgiven for revelling in his incredible success, which represented the realisation of a long-held childhood dream.

The Irishman won The Open at Royal Portrush in Northern Ireland after finishing 15 under par and some six shots ahead of England’s Tommy Fleetwood.

"I grew up holing putts to win The Open. It was always The Open," he said after lifting the Claret Jug.

"It's just incredible to be sitting here with the trophy in front of me. Look at the names on it. I couldn't believe it was happening."