Should women be banned from barber shops?

Irish barber Johnny Shanahan got himself into hot water by banning women from his stores in Manchester and Liverpool. Are men-only spaces a relic from the past or a much-needed sanctuary for modern men? James Mulhall and Katy Harrington argue their cases… 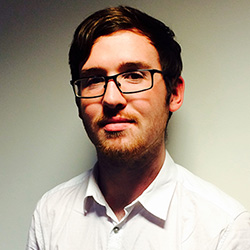 Death threats and tampons shoved through the door. A bit extreme, no? Is there really anything so wrong with having a men-only shop? Not at all, I think.

To be fair, us men don’t have the luxury of an outlet for a bit of self-indulgence. We generally have your average run-of-the-mill, in-and-out barbershop. We never complained.

But now, we can go to Barber Barber for a little bit of R&R once in a while. Personally, I think it’s nice to have a place that provides this service that we can consider “ours” — and ours only.

The reaction Johnny has received is extreme, to say the least. He’s a very clever businessman who knows how to turn something unusual into a success — and that’s all he’s guilty of.

The service provided in Barber Barber is unique, old school and an indulgence. Having a men only shop with hot towel shaves, cigars and a bar sounds like a little slice of heaven, to be honest.

I don’t view this as an issue of equality or sexism at all. Johnny knows his market, he knows what his clients want and he caters to that desire. If it was truly an issue to be appalled at, he wouldn’t be opening London premises, would he? His customers love the service he offers and the men-only policy adds to the allure.

Okay, I admit it… an out-and-out ban seems extreme. At the same time, though, I can’t imagine many women wanting to be there! I have horrific childhood memories of being stuck on a couch for hours on end when my mother was getting her hair done. Horrific.

I wouldn’t be overly offended by a women-only salon. I mean, it’s perfectly reasonable to have a girly day out and salons are the ideal location for that. Maybe my friends and I would like a boys’ day out and get the full shebang — hot towel shaves, cigars — the lot. Barber Barber would be the perfect location.

Would a women-only salon get the same slating, would the stylists get the same treatment? I really doubt it. I’m all for equality but too often us men get the raw end of the stick, get tarred with the same brush. I don’t think Johnny’s policy makes him sexist at all; I think he provides a niche service.

So men only? Why not! It’s gone straight to the top of my barber wish list. I’m telling you, if I ever get married I’ll be bringing the entire groom’s cortege up to Johnny’s place for pre-wedding pruning. 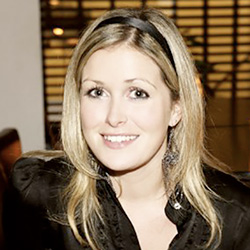 Let’s start with the tampons and the death threats. The former is a bit of a joke isn’t it? (If they had really meant business they’d have thrown bricks.) But still, it’s a mild sort of vandalism I guess, and as they would say in Father Ted: “Down with that sort of thing.”

There is of course, no justification for cowards making threats on Twitter. However, I take umbrage with Shanahan’s classification of his Twitter defamers as “left-wing idiots” who want to “emasculate” men.

Firstly, the idea that feminists are all left wing is just plain wrong. Feminists believe in equal rights for men and women. It has bog all to do with whether you are a Tory, a Green or a staunch Sinn Féin-er. And secondly as for the women who “spend all their time trying to emasculate men”, who are they?

I have never in my 33 years on earth (and eight years as a journalist) ever, ever met a single woman who has expressed any interest in ‘emasculating’ anyone. News flash Johnny, women like men. People have written songs about it.

But seriously, on the issue of women in barber shops — as a woman I have more interest in descaling by bathroom showerhead than I do in standing patiently to one side while my imaginary boyfriend gets himself Harry Styled, so unless the women of Liverpool and Manchester are beating down Barber Barber’s door then I don’t see the issue.

Speaking with The Telegraph, Shanahan illuminated: “They come into the shop every day — they just don’t stay. I’d say 85 per cent of our voucher sales are from women.”

Ah! So women are allowed over the threshold and Shanahan is happy to take women’s money he just doesn’t want them to spoil the “male banter” that his customers allegedly enjoy, because you know, when women are around you have to talk about Benedict Cumberbatch, and flower arranging.

Of course saying women are allowed in his shops wouldn’t grab headlines. So let’s face it, Shanahan is being very shrewd here — his ‘Women Out’ policy is making him hero among certain fractions and getting him coverage in the press and boosting sales.

I couldn’t give a fig about being PC, but I do wish Shanahan would think before he speaks. Excluding and insulting any one group of society is nasty — we would be up in arms if any British businessman had a ‘No Irish’ policy.

Personally I don’t love having an exhausted-looking husband lingering behind me when I’m picking out a thong, and if I’m to be PERFECTLY honest, my preference would be for a female doctor to do my smear test, but because Victoria’s Secret doesn’t ban men, and what sex your doctor is is down to pot luck with the NHS, I just shut up and get over it.

I suggest Johnny does the same.