ONE OF the most hilarious television moments of 2019 came about because of a bet, actor Steve Coogan revealed today.

Speaking to RTÉ Entertainment, the funnyman admitted that the idea to sing the Irish rebel song during primetime on BBC One was the result of an 'in-joke' and a 'private bet'.

The popular spoof show This Time With Alan Partridge saw Coogan play both presenter Alan Partridge and west of Ireland 'culchie' guest Martin Brennan, with the latter breaking out into a rendition of The Wolfe Tones' track Come Out Ye Black and Tans as well as a verse of The Men Behind The Wire which wouldn't have been out of place in a rural Irish pub during a lock-in.

Coogan, who has been a prominent figure in comedy for decades and has Irish parents, told the outlet: "I was hoping that my fellow Irishmen would appreciate it, and they did."

That's an understatement-- clips of  'Martin Brennan' giving the hosts a turtle and breaking out into the IRA song were shared thousands of times on social media and was arguably the nation's favourite television moment of the year.

The cherry on top was the visible discomfort of Coogan's character Alan Partridge, who squirmed throughout the musical rendition and could then be heard whispering to his co-host "Oh my God, that was like an advert for the IRA".

"It was kind of like a little in-joke, a private bet," Coogan told RTÉ Entertainment.

"[I thought] 'I wonder could we get, just for the mischief, an Irish rebel song on primetime BBC One?', and we managed to do that, hahaha!

"In fact, we got two Irish rebel songs in!" 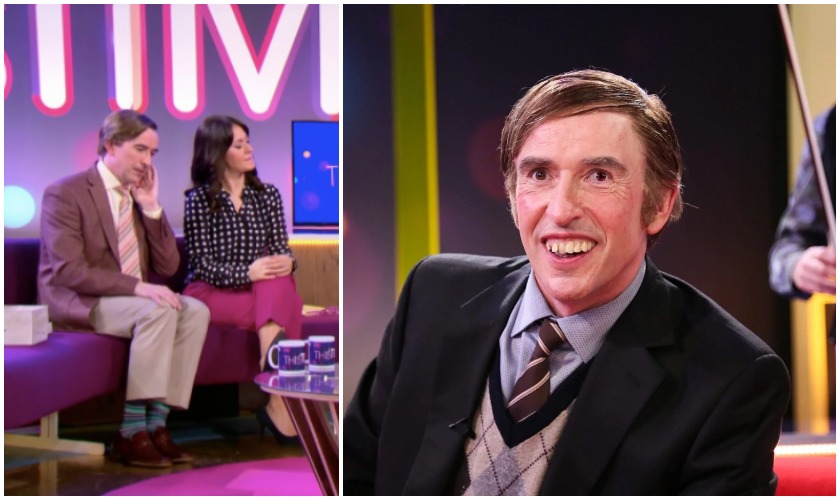 There was no resistance from the BBC with regards to the somewhat controversial song, he said, because "it's an in-joke for us but it works comically because Alan Partridge plays a member of the establishment who is appalled by it, and that’s where the comedy comes from.

"So artistically it’s entirely justifiable-- but it also makes me have a private chuckle."

It's been a tremendous year for Come Out Ye Black and Tans-- last month the song rocketed to first place in the iTunes charts in both Ireland and the UK after a controversial plan by the Irish Government to commemorate the RIC was scrapped.