ONE OF Easter’s most enduring chocolate treats, the Crème Egg, has undergone a Vegan-inspired facelift ahead of the holiday season.

The new Mummy Meagz Chuckie vegan crème egg has already gone down a storm with meat and dairy dodgers.

It’s the brainchild of East Yorkshire café owner Megan Boyle, who came up with the concept back in 2014 and has been selling them to rave reviews in her shop ever since.

Boyle told the Evening Standard: “In a world full of inequalities, I believe that nobody’s sweet tooth should have to suffer due to dietary and lifestyle choices, or food allergies.

“That's why I made the Chuckie Egg. Its gooey centre will delight lovers of crème eggs, including those who choose vegan products for the environment and animals, and those who avoid dairy for health.” 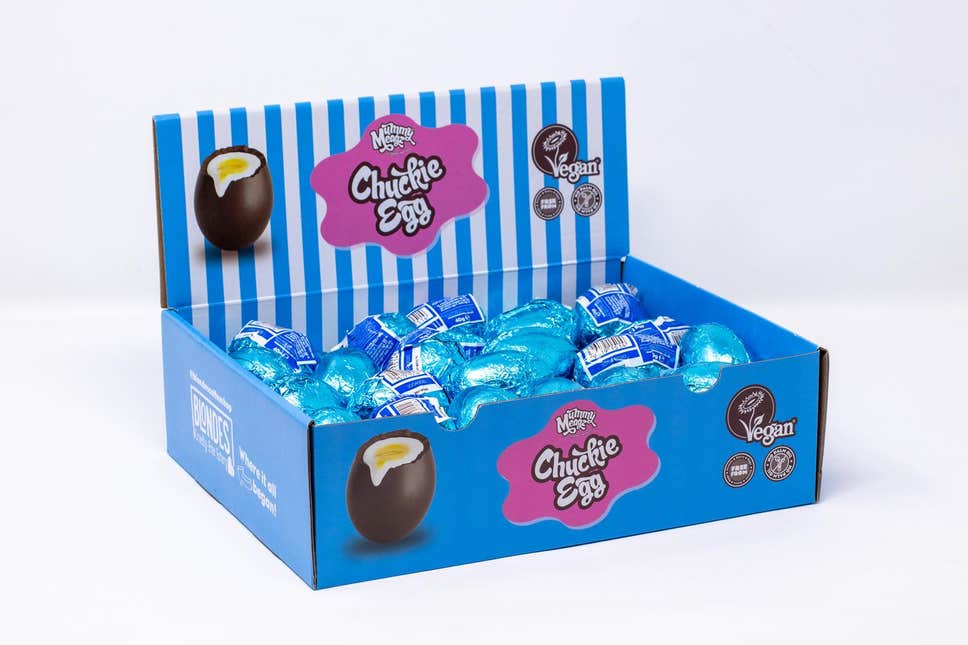 The traditional Cadbury’s Crème Egg’s milk chocolate shell and yellow and white milk and egg-based fondant means it is already suitable for vegetarians.

According to Belfast Live, the vegan crème egg contains no milk, eggs or palm oil.

Palm oil features in many household food products despite the environmental destruction associated with its extraction.

Free of any genetically modified ingredients, the new Mummy Meagz Chuckie Eggs are set to be available in all good branches of Holland & Barrett from January 22.