EVERTON have sacked under-fire manager Rafael Benitez after a run of one win in 13 league games.

The Spaniard, 61, proved something of a controversial appointment in June 2021, having previously managed city rivals Liverpool.

But despite a positive start to his Goodison Park career, Benitez departs with the side 16th in the table and at risk of getting sucked into a relegation battle.

In a statement, the club said Benitez had left 'with immediate effect'.

"Benitez, who joined Everton in June 2021, has left the Club with immediate effect.

"An update on a permanent replacement will be made in due course."

When Benitez was in talks to take over the club last June, police investigated a threatening banner left near his home that warned him not to sign for the club.

The animosity towards the Spaniard is thought to stem from his previous spell at Liverpool, where he won the Champions League and FA Cup.

However, Benitez's reign began brightly, with four wins and a draw in his first six Premier League games.

A 2-0 home win over Norwich on September 25 left the Toffees in fifth after six games, just one point behind league leaders and Liverpool. 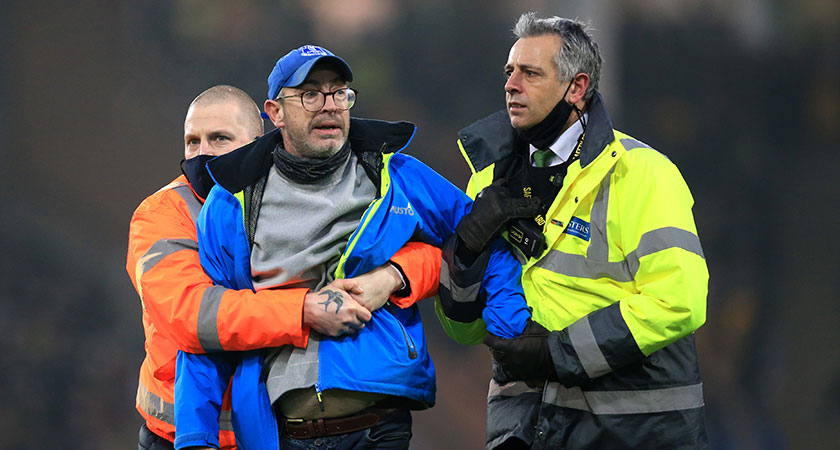 However, they won just one of the following 13 league games, plummeting down the table.

They also exited the League Cup on penalties to Championship side QPR at the first hurdle, and needed extra time to see off Championship strugglers Hull City in the FA Cup this week.

Saturday's defeat to the relegation-threatened Canaries, during which an Everton fan apparently attempted to confront Benitez, proved to be the final straw.

The result prompted the Blues board to call an emergency board meeting after the game.

Until now, they had backed Benitez, despite growing frustration from the stands.

Several staff left the club while Benitez was manager, including Director of Medical Services Danny Donachie and Director of Football Marcel Brands, as the club appeared to restructure around the manager. 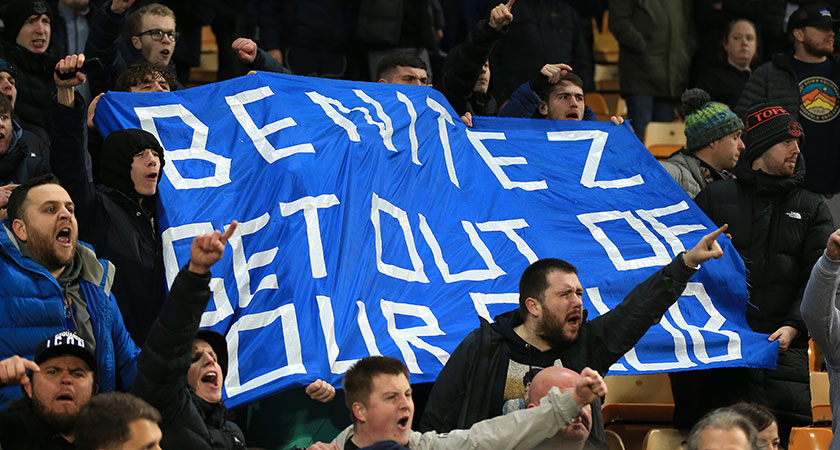 After Brands' exit in December, a statement from the club said: "A strategic review of the football structure will now take place which will inform the best model for the club to proceed with in the long-term.

"In the meantime, the owner and board of directors will continue to provide our manager, Rafa Benítez, with their full support."

However, a fallout with fan favourite Lucas Digne, whose sale to Aston Villa was approved by Benitez, further alienated the manager from the fans.

The Frenchman hadn't played for the club since a 4-1 home defeat to Liverpool on December 1, with Benitez later questioning his commitment and saying his eventual sale was 'good business'.

Digne, meanwhile, impressed on his Aston Villa debut as the Villans came from 2-0 down to draw with Manchester United, a few hours after Everton slumped to defeat at Carrow Road.

Paddy Power have former Evertonian Wayne Rooney as 6/4 favourite to be the Blues’ next permanent manager, while former boss Roberto Martinez is 11/4 second favourite to return to Goodison.