Gene Kilroy: The Irishman behind the success of Muhammad Ali

WITH his pale white skin and thick curly hair, Gene Kilroy stood out from Muhammad Ali’s entourage like an Irishman on a Mediterranean beach.

Whether ‘The Greatest’ was upsetting the odds to knock out the fearsome George Foreman in Zaire, or re-building his reputation before an intrusive crowd in Dublin, Kilroy was there, literally lurking in the background.

Much has been written about Ali’s former aide. Back then, he was known in the press as ‘The Facilitator’, the man who made things happen for Ali in terms of administration.

“I was his business manager and Sports Illustrated ran a story once titled 'The Facilitator'. It was all about how I get things done for Muhammad Ali, and that's how that nickname came about,” he told The Irish Post.

“But I was more to him than that. I was there with him when his mother died and his father too, I was the closest one to him.”

For all that has been documented about Kilroy’s involvement in the career of arguably the finest sportsman the world has ever seen, he has rarely – if ever – spoken publicly about his Irish heritage, before now.

“My great grandparents came to America from Ireland – Inchicore in Dublin,” he revealed.

“My great grandfather was a minor and he ended up going to the hard coal mines of Pennsylvania. They ended up giving him a company house so he could bring over his wife and family.

“In the end he was killed in the mines. At that time there was no insurance or nothing, so they brought his body home to his wife, put it on the front porch and told her she could keep the house for three months because he was such a good worker.” 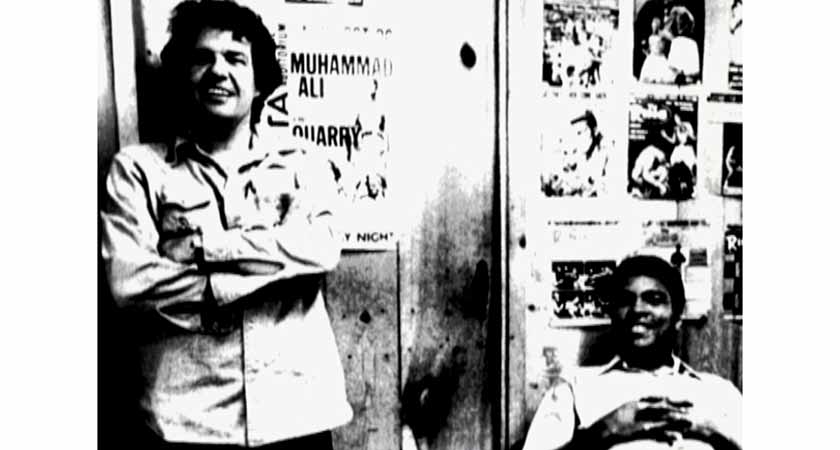 The brutal death of Kilroy’s grandfather was compounded by the fact that his family – as members of The Molly Maguires – had fought against the powerful industrial forces in a bid to put an end to low wages and dangerous working conditions.

“At that time, The Molly Maguires – you may have seen that film with Richard Harris as the undercover Pinkerton Detective – they were very active. My folks came here to work in the coal mines of Pennsylvania and they were actually part of that whole rebellion.

“I'm very proud that I'm Irish. My mother was a very proud Irish woman too and she got that from her mother, whose whole family were Irish-born.

“Muhammad Ali's people came from Ireland too you know. His mother's grandfather came from Clare – his name was Grady.”

Indeed, Kilroy is spot on. Ali’s great, great grandfather Abe Grady moved from Ennis to America in the 1860s, and the man initially named Cassius Clay became a Freeman of Ennis upon his much-publicised visit to the town in 2009.

It wasn’t the first time Ali had set foot in Ireland though. As outlined in the RTÉ documentary When Ali Came to Ireland, the former heavyweight champion of the world spent a week in the country surrounding his 1972 bout with Alvin 'Blue' Lewis.

As ever, Kilroy was there alongside him, and he has nothing but fond memories of his time in Dublin with Ali, who scored an 11th round technical knockout win before a crowd of around 25,000 in Croke Park.

“It was a great trip,” recalls Kilroy. “Ali got there and he picked up a little cold, so he was feeling pretty sick, but they decided he was okay to go on with the fight.

“It was a good fight but what I remember most is that the people just loved him there. When the Ali crew arrived I had them all fitted out in green blazers with the Irish flag on it, and everyone loved him for it.

“He was always in demand but Ali would sit down and do every interview he could, he never had any time for himself back then.

“We met Bernadette Devlin while we were there, she came by to talk politics with Ali. It was such a great time – Irish people are very funny, kind and considerate.

“I remember there was a restaurant we went to just outside of Dublin called Quinns, I think, and they were so nice to us, but then everyone was, it was quite unbelievable.”

The fight itself wasn't a huge challenge for Ali, but he was still rebuilding his career following the previous year's defeat to Joe Frazier, who he would eventually gain revenge against in 1974.

Lewis wasn't exactly a big pull, but approximately 20,000 tickets were sold. The remaining 5,000 spectators inside Croke Park had scaled the walls and bundled their way in over Hill 16 seconds after the opening bell, but Kilroy looks back on that fact with amusement.

He said: “I'm proud of the Irish for breaking in there, they're my kind of people!

“Big 'Blue' Lewis was a nice guy though, a big strong guy, but Ali never ducked anybody. Lewis was a ranked fighter, he was up there. Anybody who beat Ali had to fight the best fight they ever could, and it was probably the fight they made the most money out of and became famous through.”

In When Ali Came to Ireland, it is suggested that Ali’s trip to Dublin in the summer of 1972 helped change his perception of white people, but Kilroy insists his former colleague – who became affiliated with political activists such as Malcolm X during the 1960s – never held prejudiced beliefs.

“Ali was never prejudiced towards white people to begin with,” he said. “When he was a little kid he worked with plenty of white people and when he was older too – and he never had any hatred towards them. That wasn't what he was about.

“In fact, I'm white and I was once one of the closest people to him.”

Many documentaries have been dedicated to Ali's career, religious beliefs and even his time spent in particular countries, but Claire Lewins' 2014 effort I Am Ali offers a unique insight into another side of the man – the father figure.

The feature film broadcasts several personal telephone calls Ali made to his young kids whilst on the road, fighting for a living. It is heart-warming, amusing, yet also saddening.

Kilroy – who also featured in the critically acclaimed documentary When We Were Kings, which paid particular attention to Ali's 'Rumble in the Jungle' with Foreman in Zaire – plays a big role in the flow of I Am Ali, and he rates it even higher than Leon Gast's 1996 release. 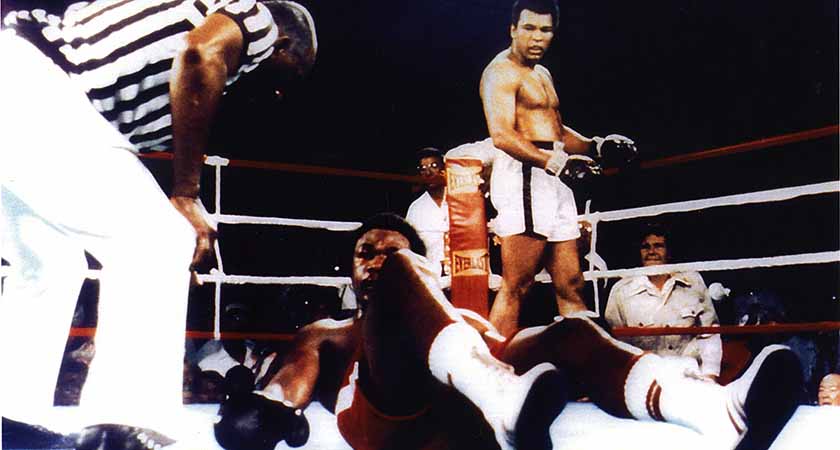 “They came over to shoot the Festival of Zaire and they ended up hanging around us,” said Kilroy of the crew who shot the footage for When We Were Kings back in 1974.

“But anyway, I think I Am Ali is a better representation. I'm not saying that because I'm in it more, but I think Claire's done a great job.”

Kilroy is out of the boxing business now. He's not a million miles away from the sport, though, with boxing's most famous venue – the MGM Grand – benefiting from the skills of 'The Facilitator' from time to time.

“I've been living in Las Vegas for the past 32 years,” he concluded. “I ended up in a high profile job as an executive with one of the casinos.

“I'm retired now but I do a bit of consulting with the MGM, which is the biggest casino company here, so everything has worked out great for me."