LONDON, ENGLAND - AUGUST 06: Aleksandar Mitrovic of Fulham scores the first goal with a header during the Premier League match between Fulham FC and Liverpool FC at Craven Cottage on August 06, 2022 in London, England. (Photo by Julian Finney/Getty Images)

THE PREMIER  League returned to our lives last week and for a lot of people it was like Christmas come early.

The first week of new season threw up some interesting conversations that have rumbled long into this week.

Are Manchester United any good? Is Erling Haaland a cheat code? are Arsenal going to become a serious football team this year? and are Spurs ready to battle the big two under Antonio Conte?

This weekend there are a variety of interesting matchups taking place.

Spurs test their credentials against Chelsea on Sunday, Manchester United try to get things going against Brentford, Liverpool place a tricky Palace side on Monday. 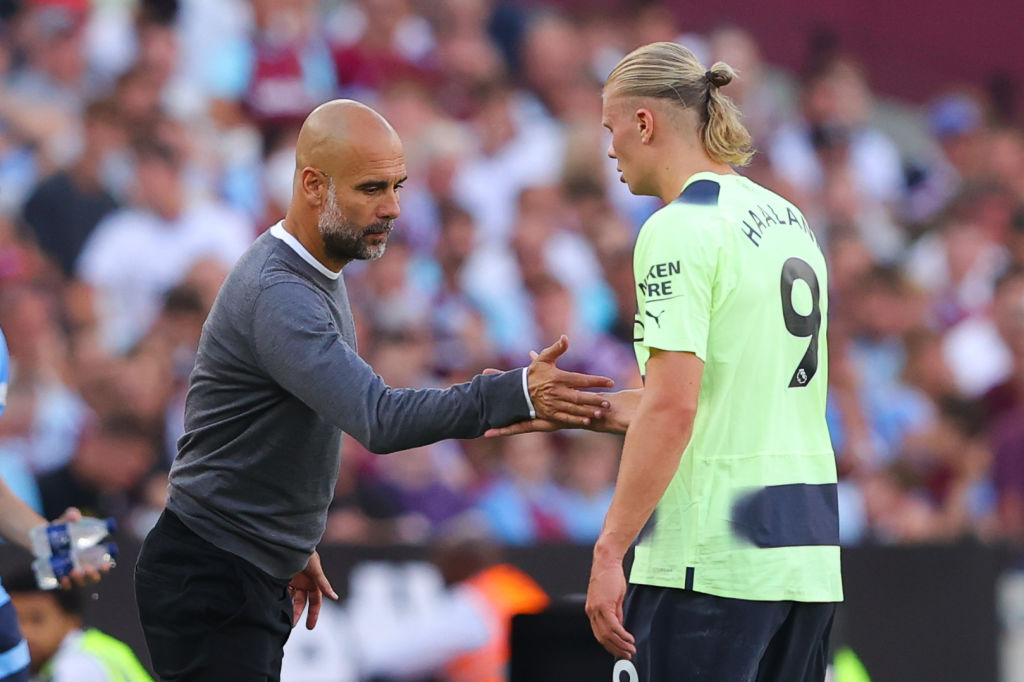 Lampard vs Gerrard in the early kick off is a nice way to kick off proceedings.

I think Villa will struggle in this game. Gerrard has a 35% win record at Villa and doesn't seem to have found the winning formula at the Midlands club

Lampard hasn't fared much better, but they were dogged against Chelsea last week and created chances.

It's a hard one to pick, but I'll go for 2-1 Villa due to Everton's defensive problems.

Gavin Bazunu started that game and despite being so young you'd expect him to make mistakes while adapting to life in the Premier League.

Leeds got off to a flyer with new signing Brenden Aaronson netting the winner against Wolves.

Arsenal against Palace were very effective in what they set out to do and looked like a side brimming with confidence.

I expect Arsenal to win this game due to the distractions around Leicester City at the moment.

Confidence is everything in football and Arsenal seem to have that in abundance right now.

We all know what’s going to happen tomorrow 🔴⚪️ pic.twitter.com/jFhdzDRHFk

It's the tale of two of England's most exciting managers at the Amex.

Eddie Howe's Newcastle have been excellent since he took the job and were excellent against Nottingham Forest last week.

Likewise, Brighton under Graham Potter dismantled Manchester United tactically in the opening day, a feat done on more than one occasion.

It's very difficult to call this one and I am going to go for a draw due to that fact.

City, to nobody's surprise looked unbeatable against West Ham last week and that was largely down to Erling Haaland.

The new City striker scored a brace against the hammers, and it would take a brave man to claim he won't add to that tally against the newly promoted side in Bournemouth.

Bournemouth won last week against Villa, but there's little hope they get anything against City here

City should romp to victory with Haaland getting more than one.

Fulham were excellent against Liverpool last week, but part of me feels that was first day fire in the belly stuff.

The added motivation to beat one of the best teams in the country seemed to raise the levels, and I don't see that happening here.

Wolves are a very awkward opponent and can throw up a varied manner of results.

I think Wolves win this game 3-1 and get their season rolling under Bruno Lage.

Manchester United were decent for 20 minutes last week until Brighton figured them out.

They went 2-0 down to one of the best sides in the country. It was not surprising to United fans.

Brentford, in my opinion won't offer that fluidity that Brighton offers but will throw forward a more physical challenge with Ivan Toney.

I do expect United to make changes and play Eriksen deeper, which will give United more control, and ultimately the win in London.

⚽ @AnthonyElanga opened the scoring in our last visit to Brentford, but which Red are you backing to make an impact this time? 🤔

Have your say in United Predictions 👇#MUFC || @TeamViewer

Forest were given a lesson last week against Newcastle. I don't expect West Ham to ease up this weekend when they face each other.

West ham are a good side under Moyes and should see this game out comfortably, if they are at their best.

Chelsea and Spurs is the highlight of the weekend. Conte' new Spurs against his old club Chelsea promises to be a treat.

Spurs record at the Bridge is not great and it would not surprise me if this ended 2-2 or 1-1.

Tuchel is a very cagey manager and doesn't seem to have the firepower at his disposal.

They are more solid than fluid and that's why I'm thinking this will end in a stalemate on Sunday.

Liverpool don't lose at home, and I don't expect that to happen this weekend.

Klopp's men were as poor as anyone had seen them against Fulham, but you can put that down to first day rustiness.

The Merseyside club should have way too much for a Palace side that a disrupted preseason.

I'm expecting Salah to net at least one. However, he has never scored in game week 2.

It will be interesting to see who does score the goals, but it will happen.