Dublin , Ireland - 26 March 2022; Republic of Ireland manager Stephen Kenny celebrates his side's second goal, scored by Alan Browne, during the international friendly match between Republic of Ireland and Belgium at the Aviva Stadium in Dublin. (Photo By Seb Daly/Sportsfile via Getty Images)

STEPHEN KENNY AND Jason Knight both believe that Ireland are starting to show character and belief after a string of positive results in the last year.

Ireland drew 2-2 with Belgium in the Aviva on Saturday and have now not lost since Ronaldo's injury time header in September.

The Boy's in Green went toe-to-toe with Portugal, Serbia and now Belgium and held their own against all three.

They also beat the lesser sides around them, which would have been unheard of in recent years.

"It's an absolute piece of MAGIC from Ogbene!" 😍✨

Chiedozie Ogbene equalises for Ireland against Belgium... what a GOAL!! 🇮🇪 pic.twitter.com/KBhRxF61lW

Kenny is building momentum with his young Irish side and now faces tests against Scotland, Armenia and Ukraine, home and away, in June and will finish that off in September.

Speaking on the momentum his Irish side have created and what it means, Kenny said,

"How much value do I place on it?" "Well it's better to have positive results than negative, but it’s good to have good performances like that, for sure. It reinforces the message that we’re giving and people see you’re getting success from that.

"It reinforces belief and that can be powerful when you do that, when you play against top-class international players."

"It’s a tough group with Scotland and Ukraine, but we’re looking to improve all of the time, we’re getting better and we’re building a squad and we want to try to do ourselves justice in that."

Jason Knight also believes that Ireland are ready to build on the good form they have shown over the year.

"I think there is great character in this squad," said the Derby midfielder.

"From dealing with setbacks, we have gone through tough times as a squad. And I think to come through those times we built a big, big character in the squad."

He also added the Ireland can compete with the bigger sides as shown most recently against the No 1 ranked team in the world Belgium.

"That was a tough time for the country and for the squad, but the progression I think we have seen throughout the last year, 18 months has been really good and there is still more to come", said Knight".

"We are progressing, but there are things to improve. We always believe when we go out on that pitch that we can compete with anyone, even those big nations." 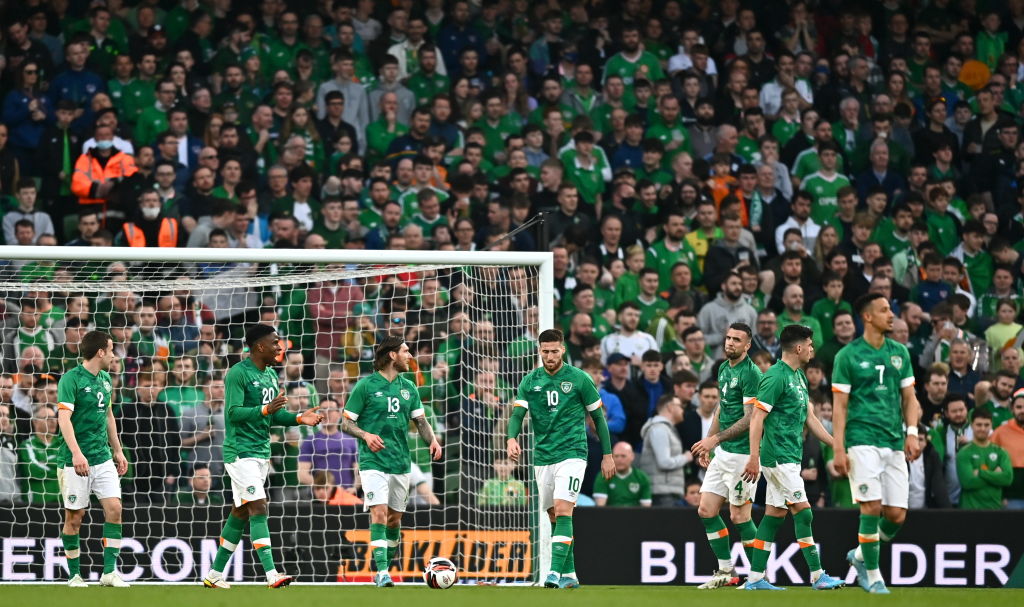