Stop wasting time watching sport and go play it instead

NOBODY has asked for my advice, but I’m going to give it anyway.

Don’t waste too much time watching sports. That comes from somebody who has spent a great deal of his spare hours over the past 30 years or so watching sport.

Particularly, don’t waste too much time watching sport if you are young. If you’re old or infirm, then, yeah, renew that Sky Sports subscription but if you are lucky enough to have a reasonably well-functioning human body then use it to play as much sport as possible.

It’s only when you are faced with the grim reality of not having your physical dexterity and health that you appreciate what you may have lost.

For most people this decline happens gradually. For others it can happen in an instant. I came uncomfortably close to joining the instantly infirm club recently.

The morning of the London SHC final I set out for a run before driving up to Ruislip to cover the game for the paper. A little under half-an-hour later I rang my colleague Robert Mulhern from the back of an ambulance, “Ruislip, you’re up.”

What happened in the meantime: I was jogging along my usual route from Tufnell Park to Finsbury Park and back – 10k exactly – when I came to Crouch Hill and a zebra crossing.

On that crossing a car hit me, knocking me into the pedestrian railing and then face-first onto the pavement. Somehow, I came to a rest sitting on my arse facing up the hill.

Once the adrenaline had stopped pumping and the cuts  and bruises began to throb I still didn’t feel too bad.

Granted, sleep has been hard to come by since and it’s frustrating hobbling around the place slower than 1mph. But, f*** me, what a lucky escape.

Maybe before 2013 ends I’ll be walking normally and hopefully sometime after that I’ll be able to jog and cycle again. It’s the cycling I really miss.

Before the accident I had become a bit of an endorphin junkie. Rarely a day would pass without me getting a decent chunk of exercise in. 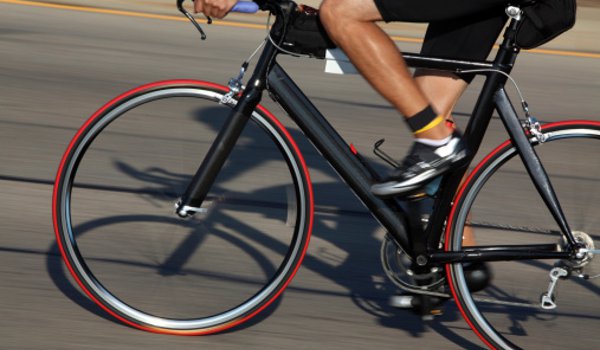 Time is scarce but I was able to get out for a two or three hour cycle a couple of times a week. Nothing clears the head like it. The only downside is it took until my mid-30s to find my ideal sport, which is particularly baffling seeing as I used to cycle to school.

Still, some people never find something that enriches their life so I was just glad I’d made the discovery, albeit at too old an age to really make myself any good.

The prospect of that being taken away is frightening and every day I’m glad to know that I’ll probably make a full recovery in months rather than years.

In the meantime I’m back watching sport again and enjoying it to a certain extent. Seeing accomplished people at work is a privilege of sorts but it comes nowhere close to stretching your own legs, scoring your own goals.

I’d advise anybody to play a Junior C league match over attending a World Cup final. The guys on the big stage don’t know or care who you are and why should they?

They’re busy doing their own thing so you should get busy doing yours.

Increasingly, sports viewership is sold as a product that will give you a sense of identity and purpose. Really, that’s daft. I’m a Spurs fan but if I let the fortunes of that team dictate my mood for a weekend then that’s irrational.

If I spend the greater chunk of my weekly wage travelling to Newcastle to watch them play then that’s irrational too, not to mention irresponsible when you have a family to support.

The more people invest money in tickets and travel and merchandising tat to support ‘their’ team the greater their loyalty is seen to be. Substitute loyalty for craziness and you have a more sensible sentence.

Cycling my bike has opened my eyes to the futility of being a watcher rather than a doer. Some might say it has invested me with the zeal of a covert and turned me into a bit of a preacher.

Maybe I am a preacher. But I’m a practitioner too. And that is my advice to anybody who cares to listen: cancel your Sky and ESPN subscription. Don’t renew the season ticket next year. Get off the couch, put the nachos down and get outside. Find your sport and immerse yourself in it.

And yes, I’m aware of the irony that my new-found quest for fitness and health got me smashed off my feet and into the cold concrete via a metal railing but, you know, it’s better to land up in hospital that way than with type-two diabetes or blood pressure through the sky.

And at least I ended up there by being an active participant in something rather than a passive observer. That’s what it comes down to in the end – getting involved in something worthwhile.

You have to make the most of this life, because you never know what’s coming your way, ready to knock you out of your stride.