Ronnie O'Brien in his hometown of Bray in Wicklow, before his departure to Juventus (Pic: Brendan Moran/Sportsfile)

EVERY single day in every soccer-playing country in the world the Irish presence is felt.

The penalty kick has become ever more important since the introduction of the penalty shootout to decide major championships — and it was invented in Armagh.

The idea was first put forward in 1890 by goalkeeper William McCrum who played for local Armagh side Milford Everton.

McCrum had become disillusioned with the 'win at any cost' ethos sweeping through the game, and on June 2, 1891 the penalty kick was born.

But, of course, the Irish dimension in soccer has been felt in other significant areas — players and managers from Ireland have plied their trade across the world.

Today, most head for Britain, competing in the Premier League, the Scottish Premiership, or the numerous divisions below them. 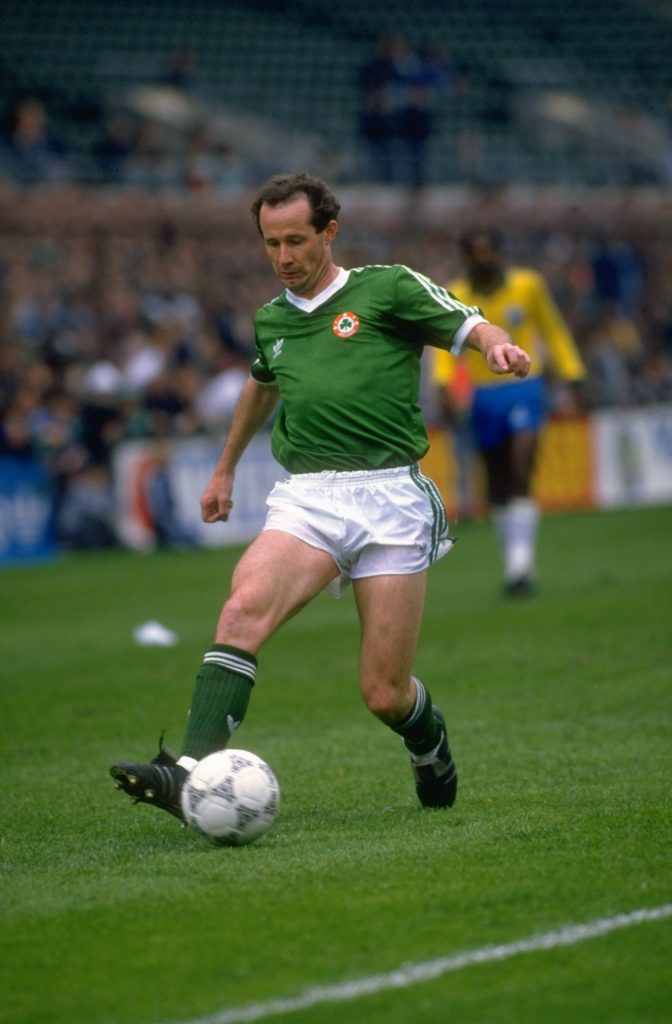 For decades, this has been the most obvious, and alluring, career path for Irish players — they have graced the British game with flair, skill, sometimes even genius. George Best, Roy Keane, Harry Gregg, Pat Jennings and many other soccer luminaries established themselves among the world’s elite.

But some players ventured further afield, beyond these islands, in search of glory, adventure and a regular pay packet.

Since the dawn of the men’s professional game well over a century ago, Irish players – and coaches too – have made their mark on clubs and nations around the world. Emerald Exiles, by Co. Louth sports journalist Barry Landy, surveys this band of wanderers, this latter day flight of sporting earls, these Gaelic galacticos.

Charting the careers of players and managers such as Liam Brady, Martin O’Neill, Robbie Keane, Frank Stapleton and a host of others – and featuring exclusive first-hand interviews with numerous players, Emerald Exiles analyses Ireland’s mark on world football and the individual stories behind it.

Irish players have shone at the very top of the international game. 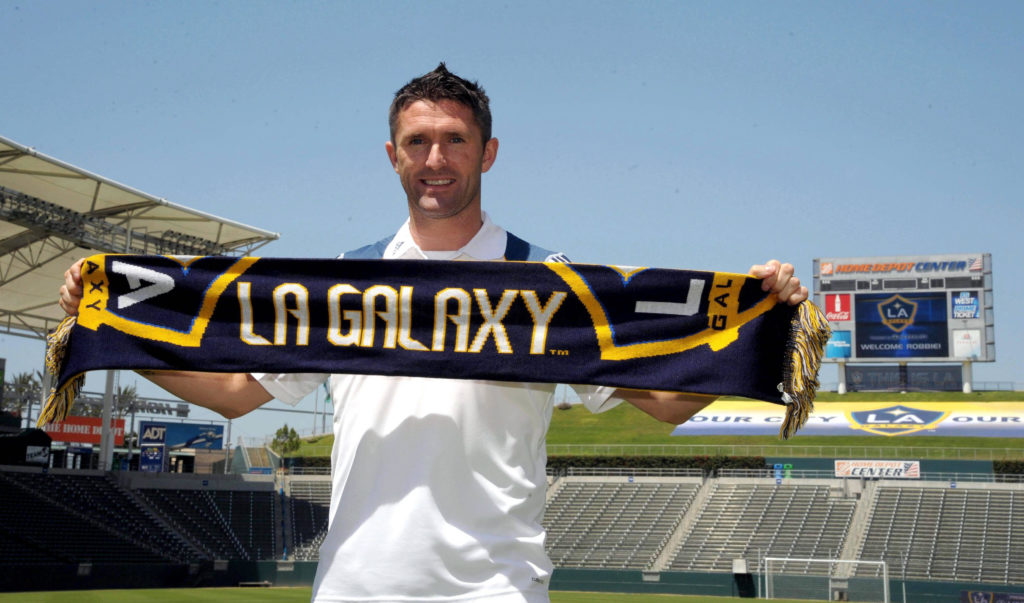 The picture in the elite leagues of continental Europe is less impressive.

Not since Steve Finnan in 2008 has a senior men’s Irish international played in football in France, Spain, Germany or Italy, never mind winning a Champions League medal.

The reasons behind this are complex, and Landy examines the conundrum.

He considers the likes of Dublin man Noel Campbell, a pioneering figure for Irish players, who earned his wages in Germany in the early 1970s.

With 11 caps for Ireland, Campbell made 52 appearances fro SC Fortuna Köln scoring 16 goals in the Bundelsiga.

“Campbell was the player who helped open the floodgates to Europe in general,” says Landy, but evidently these were gates that slammed shut after 2008.

The only other Irishman aside from Campbell who has played in the German top flight is Alan Clarke, from 1982 until 1994 in five different German sides. 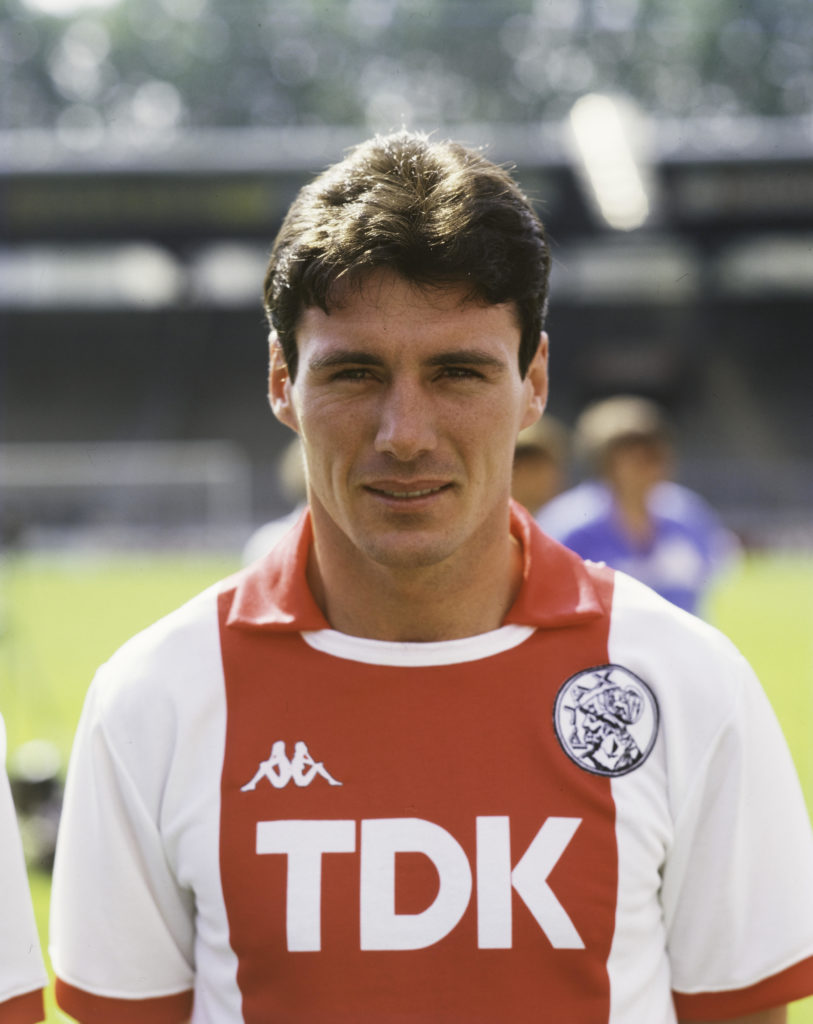 Liam Brady is one of the highest profile Irish players to grace the European stage. The Dublin player had a successful stint at Arsenal turning out more than 300 times for the north London club.

In May 1979 Brady got his hands on his first share of silverware in England by helping the Gunners beat Manchester United in the FA Cup.

Brady was one of six Irish-born players on the Arsenal side in that Cup-winning team, under the managership of Belfast man Terry Neill.

But Liam Brady had just one year on his contract left to run, so decided to look for new challenges.

He signed to Juventus, and on arriving in Turin in 1980 became the first Irishman in over thirty years to play in Italy — in fact the first since Lurgan-born Paddy Sloan. Landy describes Sloan as “a journeyman” who made appearances for AC Milan, Torino and Brescia.

But Brady was anything but a journeyman; he was key in Juventus winning two Serie A league titles.

The Dublin man’s most memorable moment was scoring a 75th minute penalty in a match against Catanzaro to give Juventus one of those titles.

Brady thus became the only Irish player ever to win a European league title outside Britain or Ireland.

But his star was on the wane with Juventus. According to Landy, Brady was forced out of the first team to make way for Michel Platini. 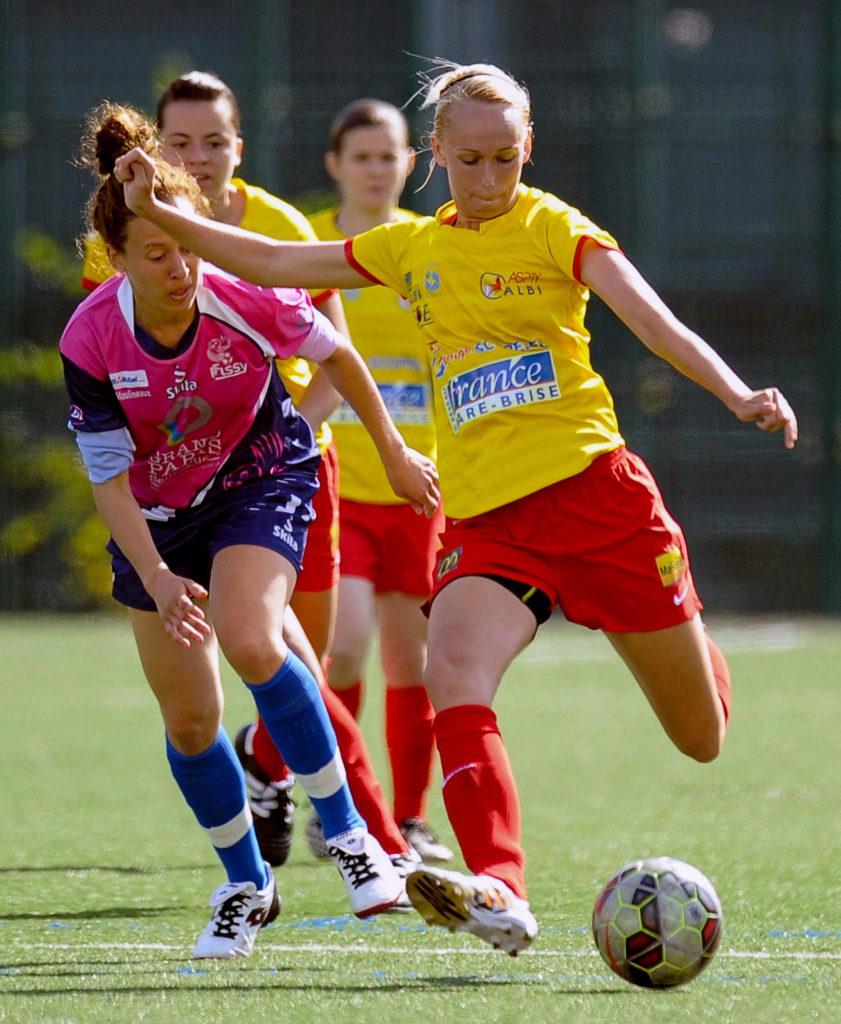 Stephanie Roche has played for top-flight teams in France, Italy and the US

Although Brady was aggrieved at this, it was really no disgrace.

Platini is generally regarded as one of the greatest footballers of all time, and he was at the height of his career.

The Dublin man then moved to Sampdoria for two years, followed by spells at Inter Milan and Ascoli.

The only player to rival Brady’s success in Italy was Anne O’Brien. She won nine league titles with Stade Reims and France and Lazio in Italy in the 1970s.

O’Brien, a cousin of Johnny Giles, was the first Irish female to play professional football outside Ireland.

She died in Rome in 2016 after a short illness.

More recently Dublin player Stephanie Roche has played for top-flight teams in France, Italy, USA as well as in Ireland and Britain.