The winners and losers of the Irish Lions

Brought to you by Betsafe


The Lions narrowly lost 22-23 to the Highlanders at the Forsyth Barr Stadium, known colloquially as the Glasshouse.

It’s been an odd mix of luck for the 11 Irish lads selected for the British and Irish Lions squad.

The narrow defeat against the Highlanders means that only two wins out of four has dampened the spirit of all but the most optimistic of fans.

Fingers have been pointed and accusations levelled at all aspects of the northern hemisphere’s best talent. Playing conditions, jetlag and lack of playtime have all contributed to the visitors’ underwhelming display.

However, it’s the head coach, Warren Gatland, who’s come under the heaviest fire from journalists in all quarters.

But how has the Irish contingent fared and are some of our number to blame?

We take a look at the winners and losers of the Irish lads on tour... 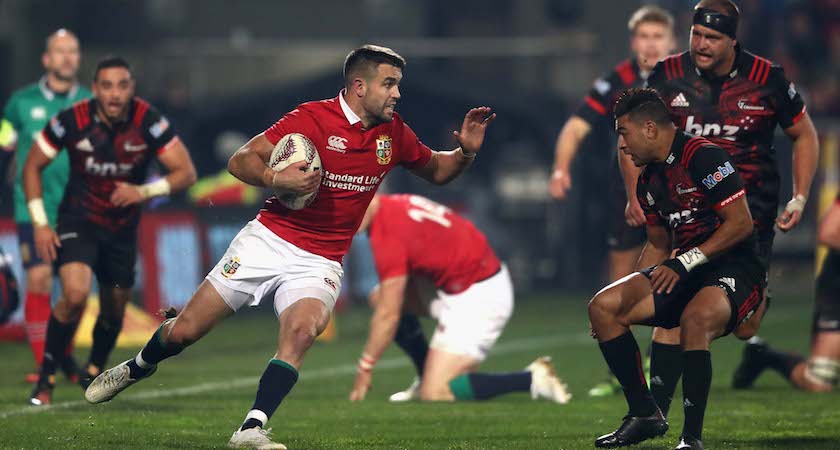 Conor Murray of the Lions breaks with the ball during the match between the Crusaders and the British & Irish Lions at AMI Stadium on June 10 in Christchurch, New Zealand. (Photo by David Rogers/Getty Images)

Undoubtedly the best scrum-half the northern hemisphere can call upon, and the world’s best on his day. His game management is superb, his box kicking accurate and his distribution spot on. He’s a textbook scrum-half and very consistent for Munster, Ireland and the Lions.

With Greig Laidlaw set to miss out on a bench spot to the in-form Webb, it looks likely that Gatland has all but penned in Murray’s name. With Farrell now suspected to be carrying a minor injury, it looks all the more likely that Gatland will rely on Murray and Sexton’s telepathy at 9 and 10.

The dynamic loose forward has had a scintillating season for both club and country. Playing his part in the historic win against the All Blacks with a powerful driving try, he followed it up with exceptional performances that saw him nominated for ‘Six Nations’ Player of the Campaign’.

Although a flanker by trade, Stander has shown himself more than a capable number 8. With Billy Vunipola’s injury and the oversubscribed talent at 6 and 7, there’s a healthy competition developing between Faletau and Stander for the starting spot.

The Tullow Tank was impressive against the Crusaders at openside, running with purpose and putting his immense strength to good use at the breakdown. He’s leading the charge for the number 7 starting position but faces stiff competition from Welshmen Warburton and Tipuric.

The 6ft 6in lock had a shocker against the barbarians, making several unforced handling errors after much hype surrounding the Ulsterman. He’s bounced back well, proving rugby is a psychological game and not just a physical one.

He played with real spirit against the Highlanders, making headway with charges on a number of occasions. With injury to Lawes, and Alun Wyn Jones struggling to keep up with tour pace, can he put pressure on Itoje and Kruis?

We can safely say that the Irish winners will be instrumental to Gatland’s plans as they look to make something of this otherwise underwhelming tour, with bookies like Betsafe favouring the All Blacks at 1/4 to win the tests outright.

Whether or not they’ve done enough to beat the All Blacks is down to gut and opinion.

It’s a shame when things don’t work out for a much loved and well respected player. A passionate and hardworking hooker, Best leads by example but has sadly been found wanting on this tour.

He’s looked off tempo for much of the fixtures, with Jamie George and Ken Owens providing some excellent set pieces.

It’s perhaps unfair to mention that lineout in that promising position but at this level, and for a player of his calibre, he could not afford to bottle it.

This looks set to be his last chance to play in the Lions’ jersey, let’s hope he can find some former form and go out with a bang.

Gatland is fond of utility backs, yet his surprise inclusion of Payne in the Lions’ squad raised eyebrows. Payne has brought a cool head and experience to the Irish backline at times and does the basics well.

It seems that he was at his most dangerous in a Lions’ jersey in the very first 20 minutes of his first tour contribution, nearly going over twice. Since then he’s seemingly lost confidence with a string of silly errors, and conceding six turnovers throughout.

Of course, Stuart Hogg’s freak injury was unintentional and a victim of friendly fire but the fullback’s exit means only two Scots remain. And Gatland would have had just as bad a headache as the Scottish fullback and ‘Six Nations’ Player of the Campaign’.

It means Gatland is left with a choice of the old-reliable Halfpenny or the misfiring Payne. He might take solace from Watson’s promising performance when he dropped in to replace Hogg but the Scotsman is a massive blow for the Lions’ chances.

It was made even more awkward by the fact that they were roommates for the tour, but judging by this it’s water under the bridge.

Granted, the last one is a joke but Jared Payne and Rory Best won’t be too pleased with their performances.

Still, four games into a 10 game test, there’s plenty of opportunity to turn it around.