Ireland now face an uphill task to qualify for Euro 2020 after going down 2-0 to Switzerland in Geneva this evening.

Aaron Connolly made his full debut but a lack of quality and composure with the final pass robbed him of any meaningful service in the first half.

Trailing at half time to Haris Seferović's 16th minute daisy cutter from outside the box, Ireland improved in the second half and had the Swiss rattled on a number of occasions.

But a red card for captain Seamus Coleman in the 76th minute after he was adjudged to have deliberately handled Breel Embolo's strike left Ireland at a numerical disadvantage when they needed to up the tempo. 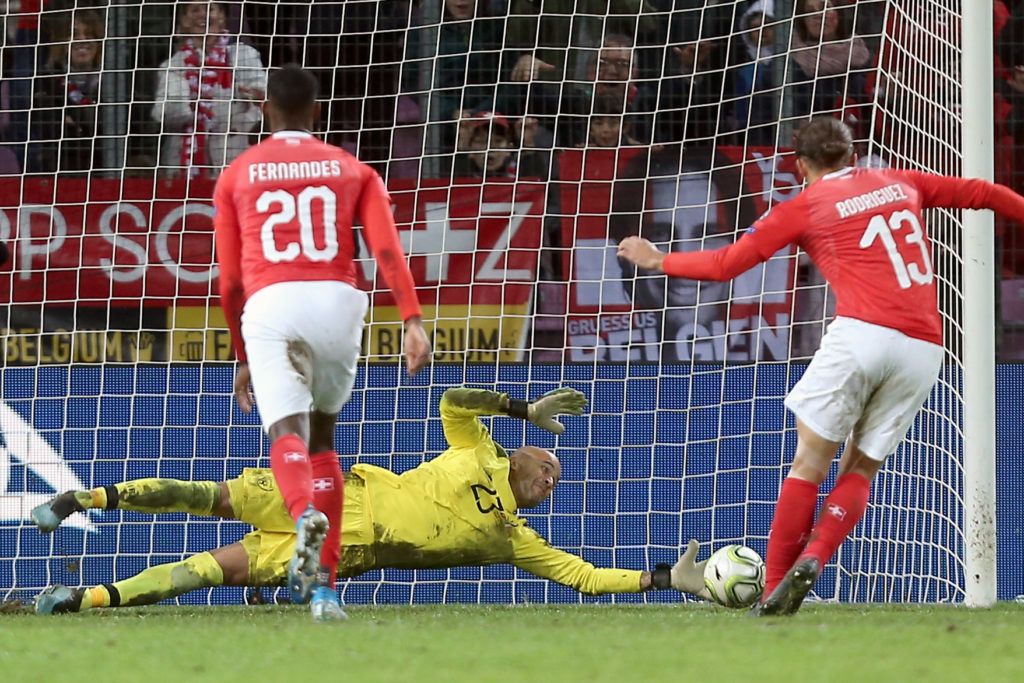 From the resulting penalty, Darren Randolph made a stunning save, diving low to his left to push Ricardo Rodriguez’s penalty onto the post.

That gave Ireland hope, but – needing to chase the game – they were leaving gaps in behind and the Swiss were able to seize the initiative.

Fernandes finally sealed the contest in injury time despite the best efforts of Shane Duffy to clear the ball off the line.

Ireland will now need to beat Denmark at home on November 18 to keep their qualification hopes alive.

"They were dominant in the first half but we had a second half we can be proud of,” said Ireland boss Mick McCarthy afterwards.

“We haven't scored that many goals. In the past we have managed to keep a clean sheet but we didn't today.

"It (the Denmark game) is a cup final. The unlikely thing was that we were going to come here and beat that team.

"We would have had to play to our maximum and we didn't. Beat Denmark to reach Euro 2020, I would have taken that at the start and I'll take it now."