A POPULAR tourist destination in Northern Ireland has been named among the UK’s top 10 most haunted heritage site in a list compiled by leading paranormal researchers.

Castle Espie Wetland Centre in Northern Ireland came in third on the list.

However, legend has it that a Victorian girl wrapped in a shawl has been seen carrying a baby in one hand and a flickering lantern in another.

John McCullough, Castle Espie, learning manager, said: “You can hear her crying out for help as she wanders the woods, looking for shelter and warmth.

"However, when you approach her, she slips behind a tree and disappears.”

Aston Hall topped the list and is said to be home to several spirits including Dick the houseboy who hanged himself after being accused of stealing.

Stunned visitors have also reported seeing a former housekeeper sitting in a chair while wearing a distinctive green dress.

But the most chilling sight at the Jacobean property is ‘the grey ghost’, believed to be Mary Holte, a daughter of the fearsome owner who was locked up in a cell at the property for 16 years after she tried to run away with a servant.

The list was compiled by Spectrum Paranormal Investigations who teamed up with the National Lottery for the Halloween list to celebrate its 25th anniversary of supporting heritage sites.

Dean Williams, from Spectrum Paranormal Investigations, said: “Halloween is a time of year when many people get to enjoy their fascination with ghostly tales and paranormal experiences at historic sites across the country.

“In fact, anyone armed with a camera and some sound equipment can enjoy being a ‘ghost investigator’ for the night.

“We have experienced the activity and phenomena that's reported at historic venues across the country, and here are ten of the best, all supported by anyone who plays The National Lottery.” 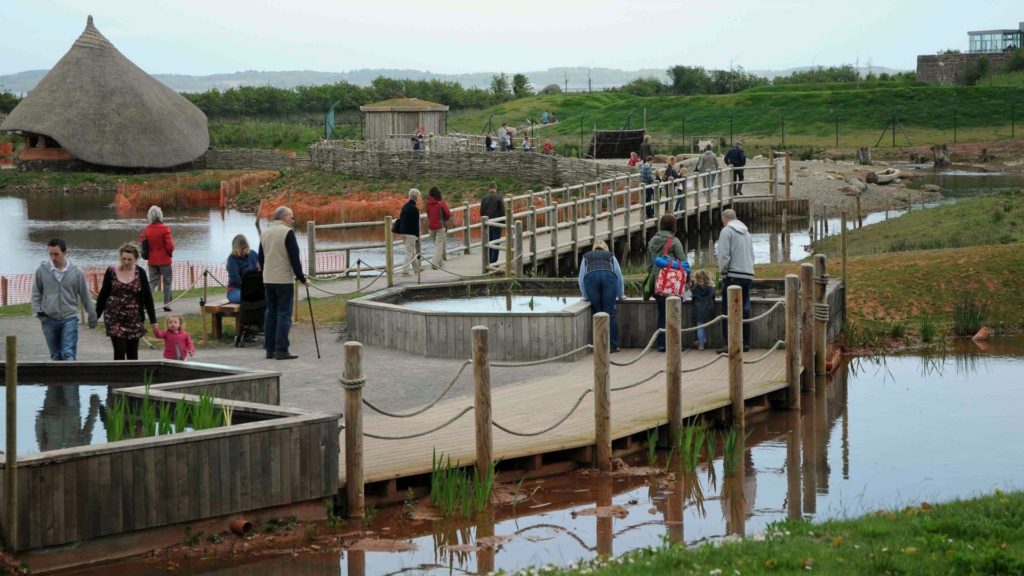 Beckenham Place Park and Mansion in Lewisham, London, was second on the list.

Over the years, people have supposedly spotted the presence of previous visitors and residents including soldiers and school children, while a hooded ghost has been seen floating on a lake.

Other sites which made the list include famous venues such as the Tower of London, Tamworth Castle and Llancaiach Fawr Manor.

And at Beddington Park & Grange in Croydon, the ghosts of Sir Walter Raleigh and Queen Elizabeth have been seen riding from the gates of Carew Manor - him with his head under his arm, and she, headless on horseback.

The ten haunted heritage sites have been chosen as part of six weeks of celebrations to highlight how National Lottery players have helped preserve and enhance important heritage sites across the UK.

More than £40 billion has been raised for good causes since the first National Lottery draw in November 1994 - including £8 billion to over 44,000 projects to support heritage sites.

Eilish McGuinness, executive director of The National Lottery Heritage Fund, said: “After 25 years funding tens of thousands of historic sites around the UK, it’s perhaps no surprise that a few of them have spooky tales to tell.

“What better time than Halloween to see some of our amazing heritage, much of which has been transformed thanks to money from the National Lottery.”