Now in its 37th year the expo took place from January 23 to 27 in Rimini, Italy.

Speaking to The Irish Post, Neil Byrne said: "We were both born into the ice cream business, my grandparents opened this place in the 1930s, and Mike's parents were in the industry as well."

When it came to running their own businesses, the pair were disappointed by the selection and quality of the mass produced ice cream available in Ireland.

In 2005 they set off to the Gelato University in the Italian city of Bologna. There they learned the art of artisan ice cream making from some of the best gelato makers in the business. 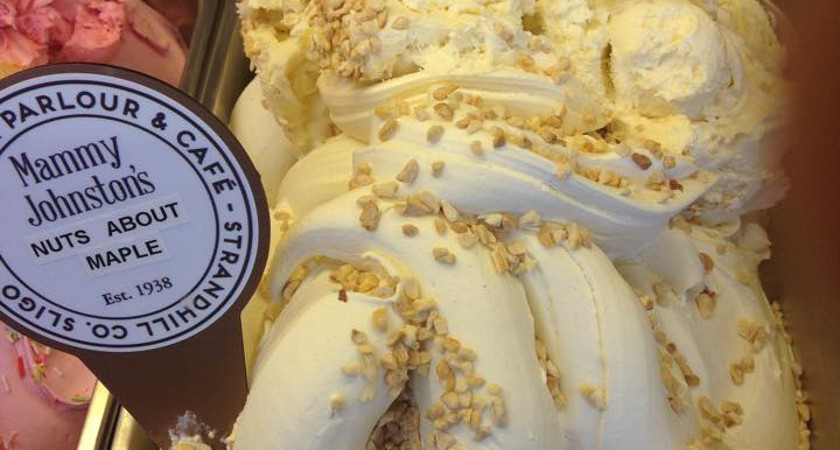 Gelato made by Mammy Johnston's

Once they had learnt their craft they headed home to shake up the Irish ice cream market.

"We brought the art of Italian artisan Ice cream to the west coast of Ireland", says Byrne.

The pair were amazed to find out they had been selected for this years SIGEP gelato awards, citing the strength of the worldwide competition particularly from the Italians themselves.

"It was a massive honour just to be selected let alone win. Never in my wildest dreams did I think we’d be standing up there receiving an award. Irish milk, Irish cream, the Italians keep saying we've got an unfair advantage, we’ve got the best product."

The popularity of the Italian import the has given a boost to the sluggish seaside economy in Strandhill, drawing crowds. Come rain or shine, people have queuing out the door to try the West Coast's award winning Ice Cream

"On November 1 the place used to close down for the winter, now we’re open all year round. I look out today and we’ve got a storm blowing, waves crashing over the seawall and yet there's 30-40 people sitting down drinking coffee and eating ice cream."