BAYERN MUNICH, according to alleged reports, have cut the salaries of the five isolating players, who have refused to get the coronavirus vaccine.

German publication Bild reports that the players in question are Eric Maxim Choupo-Moting, Michael Cuisance, Jamal Musiala, Joshua Kimmich, and Serge Gnabry. The club have informed each player that their salary will be withheld pay for match and training session missed while self isolating.

The Bayern five, according to reports, have all apparently turned down the offer of the vaccine.

And are now in quarantine after catching the virus over the weekend.

Germany has one of the lowest vaccination rates in Western Europe and is now battling a fourth wave.

Bayerns chief Karl-Heinz Rummenigge hopes that Bayerns harsh rule will force the players to get the vaccine.

“Everyone has tried to sort out the non-vaccination issue and find a solution.

“That didn’t work out. Maybe it will work now.”

Joshua Kimmich, one of Bayern's star me insisted he would not be forced into any decision over the jab as he had concerns over long-term effects

The pay cut is set to cost him almost €400,000 per week. Experts insist that such concerns are entirely unfounded.

According to a source, the players are "surprised" at the measures, with some even considering legal action.

“I have concerns about the lack of long-term studies. I am of course aware of my responsibility.

“I follow all hygiene measures and get tested every two to three days. Everyone should make the decision for themselves.”

Manchester City, the Premier League champions have felt the effect of the German fourth wave.

The RB Leipzig game next month will be played behind closed doors after the state of Saxony was placed into partial lockdown.

And City have said any fan who bought a ticket for the game will be refunded. 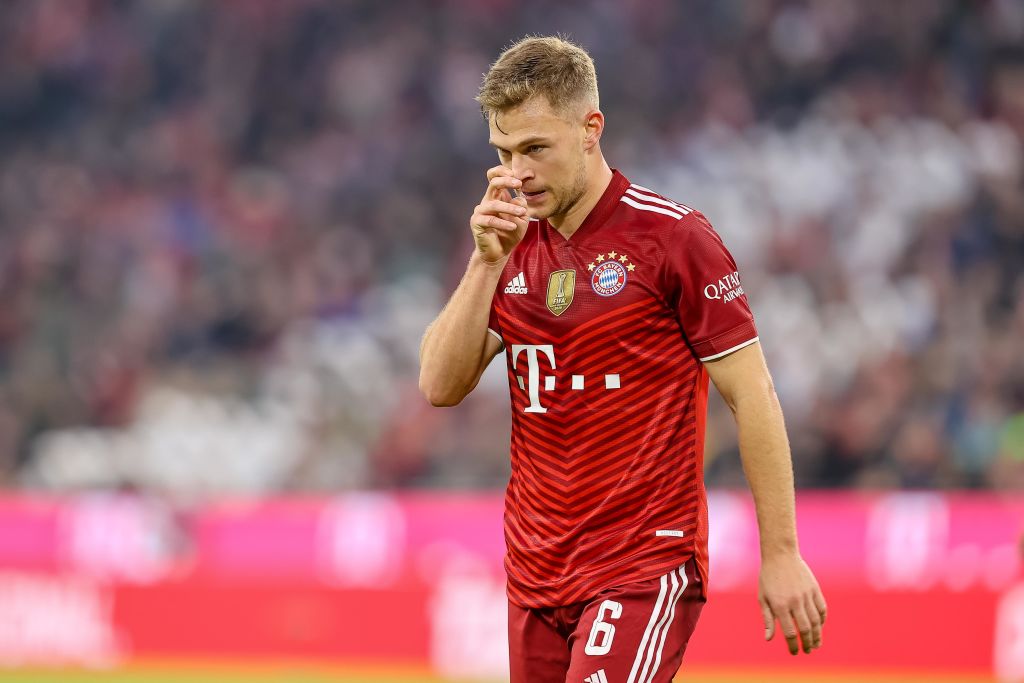 MUNICH, GERMANY - NOVEMBER 06: (BILD OUT) Joshua Kimmich of Bayern Muenchen looks on during the Bundesliga match between FC Bayern München and Sport-Club Freiburg at Allianz Arena on November 6, 2021 in Munich, Germany. (Photo by Roland Krivec/DeFodi Images via Getty Images)