ALEX FERGUSON savages Roy Keane in his new book, My Autobiography, which was launched today in London.

His criticism of the former Manchester United captain is ruthless with Ferguson starting the chapter devoted to his sentence-by-sentence skewering of Keane with some praise, hailing the midfielder’s many gifts as a powerhouse between the boxes and his ability to motivate team-mates with his ferocious glare and orders.

Ferguson, though, detected a change in Keane’s behaviour as his footballing powers ebbed, following hip and knee surgery. “He thought he was Peter Pan,’’ Ferguson writes. “Nobody is.’’

The detail of the collapse of their understanding recalls how Keane, according to Ferguson, objected to the quality of accommodation at Vale do Lobo on a pre-season training camp in Portugal.

Ferguson backed Keane in public then but admitted that he felt the Irishman took his grievances too far.

Tension increased in 2005 when Keane did his infamous MUTV interview which was so critical of some of the younger players that it was never broadcast. 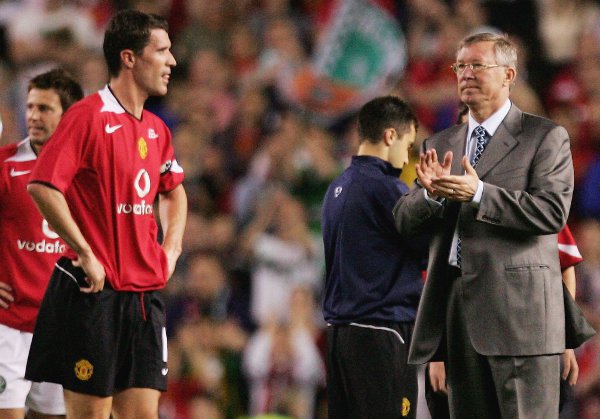 Keane on the night of his testimonial with Ferguson

Ferguson relates elements of the interview in which Keane called Kieran Richardson “a lazy defender”, wondered why “people in Scotland rave about Darren Fletcher” and made the disparaging verdict on Rio Ferdinand that “just because you are paid £120,000 a week and play well for 20 minutes against Tottenham, you think you are a superstar”.

Nor did Keane spare Alan Smith or Edwin van der Sar. “Roy was taking them all down,’’ Ferguson writes.”

Ferguson ordered Keane and all the players to watch the interview. Van der Sar has a go at Keane, who had questioned what the keeper would know of the club’s culture.

Keane then raised the controversial issue of Ferguson’s dispute with United shareholder John Magnier over Rock of Gibraltar’s stud rights, criticising the manager for blurring the lines of personal and business.

“The hardest part of Roy’s body is his tongue,’’ Ferguson writes. He said that Keane’s eyes narrowed when he was angry.

“It was frightening to watch. And I’m from Glasgow.’’ When Keane left the room, Ferguson and his staff agreed that the Corkman had to leave the club.

Even after Keane’s departure, the spat continued.

United even contemplated legal action against their former midfielder in 2008 following his acerbic remarks about Ferguson. 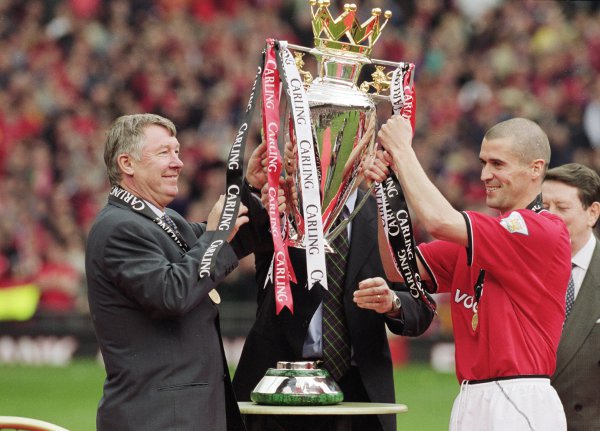 Keane and Ferguson on happier day

“People say he stood by me in difficult times,’’ Keane told the Sunday Times. “But not when I was 34, not when I was coming towards the end. All of a sudden it was: ‘'Off you go, Roy'.

"The Irish thing (Rock of Gibraltar) I was speaking to the manager about this. That didn’t help the club, the manager going to law against its leading shareholder. How could it be of benefit to Man United?’’

In 2011, after Keane criticised United’s Champions League exit to Basel, Ferguson wrote in his programme notes dismissively of “people we thought were on our side”.

Two years on, he has written brutally about Keane, laying bare the breakdown in what had been a supremely successful working relationship.

Keane’s imminent appearance on ITV tonight will be worth watching even more than usual.