Adam Idah of Norwich celebrates after scoring his team's third goal from the penalty spot during the FA Cup Third Round match between Preston North End and Norwich City at Deepdale on January 04, 2020 in Preston. (Photo by Jan Kruger/Getty Images)

Norwich City's Irish striker Adam Idah is in line to feature when the Canaries face Manchester United this afternoon (3pm).

Daniel Farke’s men are seven points adrift at the bottom of the league but are fresh from a 4-2 victory away to Preston last time out in the FA Cup.

Cork youngster Idah was tipped to go out on loan earlier in the window, but his hat-trick and all-round performance in that game may now give Norwich pause for thought.

"It's a great start to the year for me, I'm over the moon to get a hat-trick," said the Republic of Ireland U-21 international.

"Even to start the game was unbelievable." 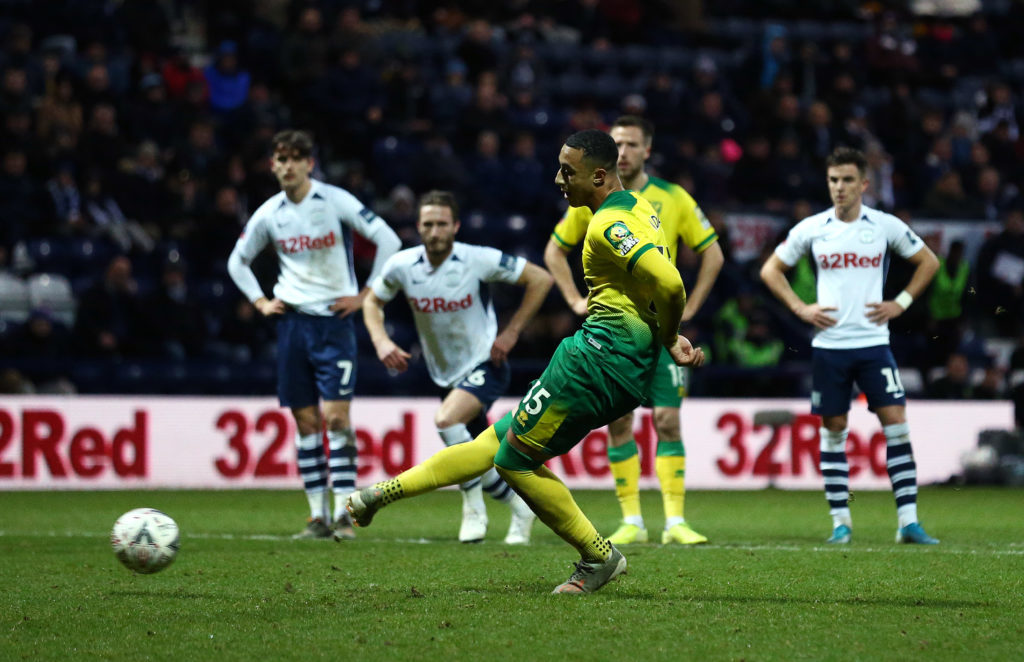 Adam Idah of Norwich scores his team's third goal from the penalty spot during the FA Cup Third Round match between Preston North End and Norwich City at Deepdale on January 04, 2020 in Preston, England. (Photo by Jan Kruger/Getty Images)

"To get that early goal, it brings up my confidence and then to get another two goals was great for me," he said.

"I think Todd Cantwell was put on penalties, but to be fair Todd let me take it."

An injury to Teemu Pukki may give Idah a further opening – though he hasn’t ruled out a loan switch later in January. "That's what I'm working towards and if I get more opportunities, I'll take them," he said.

"It's up in the air at the moment, I don't know what's happening," he admitted. "If I go on loan, I go on loan, it's going to help me in my development."

Farke has little concern about involving Idah at Old Trafford today, but said the youngster still needs to develop to fulfil his first team potential.

"We are struggling a bit with injuries of our main striker options with Teemu Pukki and also Josip Drmic. And Dennis Srbeny has left us, so of course Adam Idah is a good option for us," he said.

"A few months ago, in his only other start at Crawley, it was not his best day and he looked so far away from Premier League football.

"But we support him and tonight was a top-class performance. But we have not won the Premier League title tonight - it was an away game in the third round of the FA Cup against a difficult side but also a Championship side with several changes. Adam has a lot to prove but without any doubt this was definitely a good start."