WHEN Hannah Lawton’s tragic friend lost her battle with cancer, she knew she had to do something big.

She wanted to push herself harder than ever before.

That alone, she thought, could be a fitting tribute to a young woman who never gave up in the face of the ultimate adversity.

With all treatment options exhausted, doctors told Eleanor Ellis she would get “two good months” before suffering “a swift decline”.

But the ebullient 23-year-old battled terminal cervical cancer for more than a year.

When Ellis passed away in May of last year, a grieving Hannah decided to “bite the bullet” and take on one of the world’s greatest challenges. And now she is ready to go.

The 24-year-old, who has roots in Co. Mayo, began her attempt to row across the Atlantic Ocean on Wednesday 5 December.

On the eve of the voyage, she cuts a nervy tone as wind swirls on the Spanish island of Tenerife where her odyssey will begin.

“I feel apprehensive,” she admits. “Not really knowing what to expect doesn’t fill me with dread, but makes it more of a challenge to me. I’m excited and slightly nervous at the same time.”

But after more than a year of intense training, the Stoke-native is as ready as she will ever be. And she knows she will have the memory of her tragic friend to help her get over the line in Antigua.

“It is inspiring how Elle dealt with her illness, never really knowing when her last day would be,” she says.

Asked about the kind of memories she will carry on the journey, the university student plucks one at will.

“There was this one time I went around to see Elle just as I was about to do some exams at university,” she says, foreshadowing the rest of the anecdote with a short laugh.

“There were a few of us there and we were talking about how difficult everything was, with work and everything else we had on.

“And she just said: “You think that is difficult, well try sitting here with cancer and a catheter in you.” She was not saying that in a negative way, she just had an incredibly dry sense of humour.

“That was her way of dealing with it.” 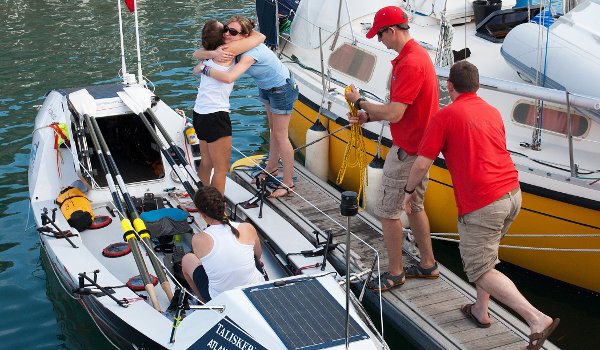 Hannah Lawton will not be alone when she sets off on her voyage.

Instead, she will be sharing her seven-metre-by-two-metre boat with fellow rower Lauren Morton, another of Ellis’ friends.

The small vessel will be their home for three months as they try to become the youngest women’s pair ever to row the Atlantic.

They will also be competing against 15 other teams and hope to break the current record of 75 days.

Hannah says the journey will be “unrelenting”.

Rowing in two-hour shifts around the clock, the women will fight sleep deprivation on top of the blisters and salt rashes to which they are more accustomed.

But that is not her main fear as she looks out across the ocean.

“Capsizing is my main worry,” she confesses. “There is quite a high chance of a capsize because the boat is quite light.”

After a pause she adds: “Every boat that has been across has had a capsize, except one, so we are expecting a capsize. But it is one of those things where you never know what is going to happen.

“You could be rolled from one side to the other or you could be flipped out of the boat.”

In that circumstance, Hannah worries that either she or Morton could end up hitting their heads and being flung into the ocean unconscious. 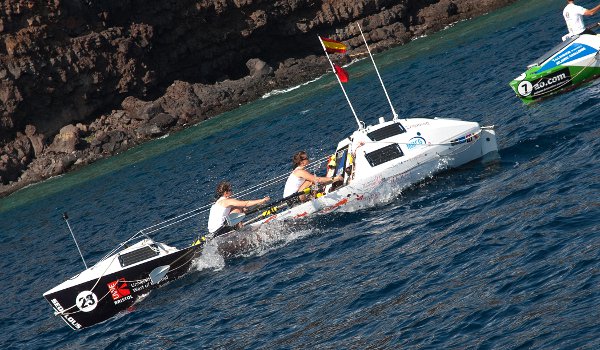 They will be rowing on 'Sedulous' Boat number 23

“You could become completely disorientated and not know what is going on, so that is a big worry,” she says.

That is just one of the situations the rowers have imagined over and over with a psychologist during their preparation.

But even after that training, Hannah says ocean rowing still feels like a “massive jump” from the club rowing that has taken over her life since she was 14.

So has the preparation made her more or less scared of the dangers that may await her?

She hums pensively before answering that she is now “slightly more scared”.

“But that is purely because you are imagining the worst possible outcome of that capsize, whereas actually out there it will not be anywhere near that bad,” she explains.

“Hopefully you will be in the water for a couple of minutes and then back on the boat and although you will be a bit shocked, you will have expected it to happen anyway.”

Other than that, Hannah’s only real fear is of the weather through which they will have to row.

And she is curious about the hallucinations she has been told to expect.

“Everyone we have spoken to has had very strange hallucinations,” she jokes.

“Obviously you are quite sleep-deprived with the rowing you are doing and the sleep-pattern you are in.

“A lot of people hallucinate at night and for some reason they hallucinate hedgerows down the sides of their boat.”

In scenes more befitting a horror movie than an extreme sport, others have seen dogs barking and children crying.

“I have no idea what we are going to hallucinate but it is going to be quite interesting to find out,” Hannah says.

As much as Hannah was inspired to take on 3,000 miles of Atlantic Ocean by her close friend’s battle with cancer, that is not the whole story.

She is also an athlete, hungry for the challenge.

That much becomes clear as she describes what she is looking forward to about her impending journey.

“I love pushing my body to its limit,” she says, her excitement audible.

“And I think this will completely break me down and build me back up again, which I am really looking forward to.

“I do not think many people get to that point in life and it is quite nice to think that you are going to pull yourself up from the worse possible situation you can be in really out there.” 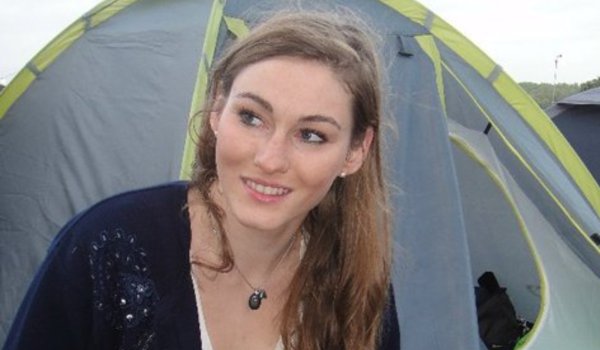 The inspiration for the trip, the late Eleanor Ellis

It is the kind of statement that is hard to understand if you are outside the insular world of rowing. Hannah’s words make it sound more like a cult of masochists.

But breaking her body down is not her only reason for looking forward to the journey.

She and fellow oarswoman Morton are aiming to raise £100,000 for a British cervical cancer charity and for the hospice that cared for Ellis in the final months of her life.

Hannah’s bid to raise awareness about the disease and the procedures that can detect it has already taken her into some peculiar situations.

“I did not realise until I spoke to people that this is a taboo subject,” she explains.

“Women don’t speak about it and they just do not go for a smear test because there are so many stories about how bad it is.”

That is why she took up the opportunity to have her first smear test done live on ITV’s This Morning show earlier this year.

The response to that was “overwhelming”.

“And a lot of people wrote online that within the same day they had booked in to go for their smear.”

That was the start of her campaign to raise awareness of cervical cancer as a tribute to the friend she lost.

With any luck, the campaign will hit its height when she touches down on the other side of the Atlantic.

But from the minute her boat goes out onto the ocean, Hannah Lawton knows the challenges are only going to get bigger.